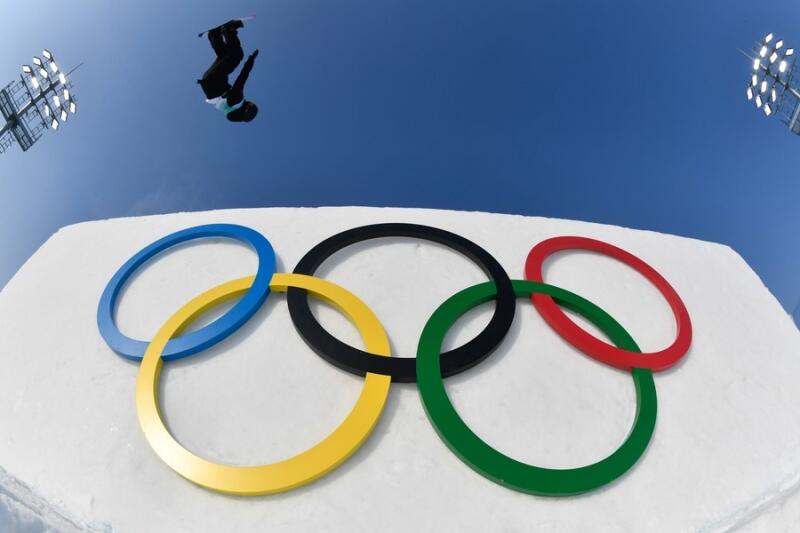 Wang Ruchun, a shutterbug from Hebei Province, enjoyed the Beijing 2022 Winter Olympic Games immensely, particularly when free-ski big-air athletes swirled into the air. The sharp contrast of blue sky framing the skiers and slopes created a feast for the eyes and his camera.

Wang has been taking pictures of this sky since 2014, when Beijing, Tianjin Municipality, and Hebei Province launched a trans-regional campaign to address air pollution. Wang created a new folder for his pictures and named it "tracing smog."

"On severe pollution days, even buildings just across a street were hard to see. But these years, the 'gray' pictures are replaced by blue ones," Wang said. He has already renamed the folder "tracing blue sky."

The annual average concentration of PM2.5 in Beijing reduced to 33 micrograms per cubic meter in 2021. For the first time, Beijing's air quality has met the national standard in all aspects.

The average annual PM2.5 concentration in Hebei was 38.8 micrograms per cubic meter last year, a year-on-year decline of 15.3 percent. In Hebei's Zhangjiakou, where a portion of the Winter Games took place, all pollutant indicators have reached the national standard for two consecutive years.

Thanks to the world's first 500-kV flexible DC grid project that combines large-scale transportation of wind power, photovoltaic, hydroelectricity, and other energy sources, the clean energy generated in Zhangjiakou was transmitted to Beijing and other Olympic venues. Beijing 2022 has therefore become the first Olympic Games in history to use 100 percent green and clean energy.

Liu, who worked through the two Olympic preparation periods, said the concept of "green" from 2008 to 2022 has also undergone tremendous upgrading.

"Beijing 2022 is the first Olympic Games to achieve carbon neutrality. China has demonstrated to the world that it can solve its own development problems and contribute solutions and wisdom to the energy conservation and emission reduction issues faced by humankind," Liu said.

The Bashang area of Zhangjiakou is the last barrier to block sandstorms from entering Beijing, and it used to be ecologically fragile. Over a decade before Beijing's bid for the Winter Games, Zhangjiakou and Beijing forged an "ecological environment community," leading the country to ban grazing. The Bashang area has turned into a vegetable production base.

In recent years, Hebei has significantly reduced the excess capacity of steel, coal, cement, flat glass, and coking in the province. It has also implemented industrial pollution control with higher standards and is phasing out pollution industries, especially in areas near Beijing.

Eight years have passed since the coordinated development launch of the Beijing-Tianjin-Hebei region. Thanks to industrial upgrades, improved legislature, strengthened supervision, and cutting-edge technology applications, the area has seen more blue sky days.