With its history dating back to the Spring and Autumn Period (770-476 BC), it is also known as the birthplace of Chinas Wuyue culture – the regional Chinese culture of Jiangnan, including Shanghai, as well as Jiangsu, Zhejiang and Anhui provinces in east China. Crisscrossed by nine rivers, the ancient town of Xitang is divided into eight sections. Its tranquil ambiance and scenic beauty attract a large number of domestic and international visitors.  The beautiful scenery is often depicted in Chinese landscape paintings as well.

Xitang is home to antique residences and well-preserved architectural marvels constructed during the Ming and Qing dynasties (1368-1911). The bamboo carvings, woodcarvings, stone inscriptions, and construction styles demonstrate the cultural relics of China. 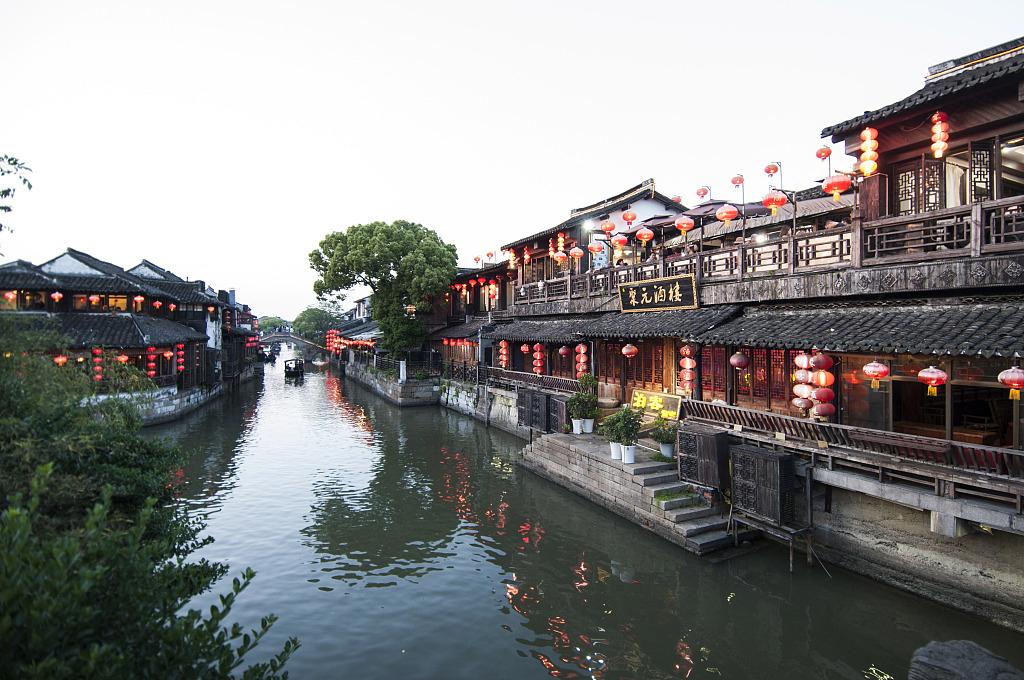 Xitang is home to a large number of well-preserved ancient buildings. /VCG Photo

It also houses numerous bridges, lanes and covered corridors that have retained their original features for years.

The most impressive one is the 1,000-meter long, forming a tile-roofed street. Built along the riverside, it also serves as a shelter for people to get away from the scorching sun or rain.

You can take a leisurely walk along the corridor, watch the boats passing by slowly in the river or delve into the glorious history of the region. Whenever tired, you can take some rest on a bench nearby. A long bench along the riverside offers visitors a place to rest. /VCG Photo

Xitang has more than 104 bridges that link different sections of the whole town.

In the morning, the water flowing beneath the bridges and the tiled houses reflects inversely on the water. When evening approaches, the setting sun shines slantwise. Youll probably hear people sing in their fishing boats. In the evening, the lamps in Xitang Ancient Town lighten up the night. /VCG Photo

It is around 100 kilometers from Shanghai, Suzhou and Hangzhou, so you can either drive or take public transport.