Her Voice | How cool can a female forensic doctor be? 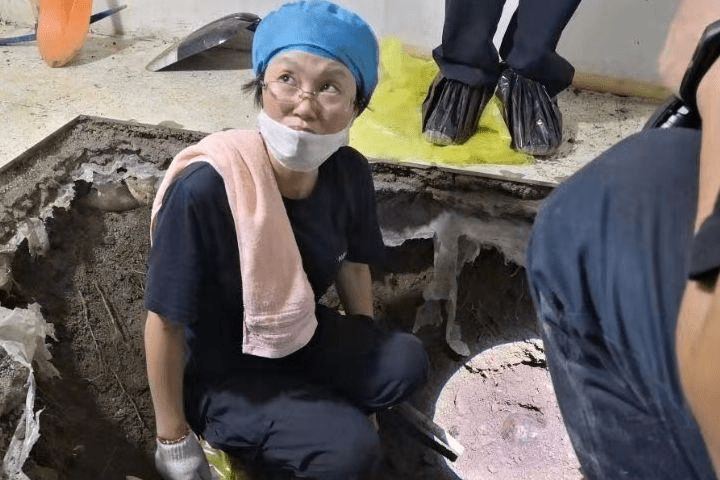 Zhou Lihong was born in 1972 and joined the police in 1994. She is currently working as Chief Forensic Physician of Criminal Investigation Division of Hangzhou Public Security Bureau. So far she has received honorable titles such as "Hangzhou City Model Worker", "Hangzhou Municipal Law Trade Union System Politics and Law Expert" and "Hangzhou Outstanding People's Police". She has led the forensic medicine department to win the collective third-class merit once. As the deputy editor, he participated in the compilation of "Practical Police Forensics" of Zhejiang Police College and "Modern Clinical Forensic Medicine Atlas" of Mass Publishing House.

"Always take a look." This is her request of herself, an unwritten rule, also the default practice of the Criminal Investigation Division of the Hangzhou Public Security Bureau.

In fact, we may have seen her busy working at many crime scenes of important cases, including the Wanxiang Park Couples Murder in 2000, the bus arson on Dongpo Road on July 5, 2014, and so forth. This year, the sensational case of uxoricide in Sanbao Beiyuan.

Forensic doctors not only face the cruel sensory impact and terrible corpse poison but also need to focus and observe the clues. What should a new forensic doctor do when he goes to the scene for the first time?

Zhou Lihong said: "I will tell them, 'Put your hands in your pocket, don't touch anything, that's it.'"

She smiled and said, "There used to be some interns who will suddenly come up to help. Of course, they move a piece of furniture, take a stool or something out of goodwill... However, I would tell him that he has 'contaminated' the scene."

As a forensic doctor, "contamination" of the scene is simply unforgivable, but getting angry cannot avoid similar problems, and Zhou Lihong rarely loses her temper.

In a word, "Put your hands in your pockets, don't touch anything, that's it." This is to eliminate this behavior from a human perspective.

An invention can resolve this risk from the perspective of the system. Later, the "on-site access pedal" promoted by the Hangzhou police to the whole country was a collective invention from the Hangzhou Criminal Technology Research Institute.

Unexpectedly, pieces of small pedals set up a passage, so that the police, criminal police, forensic doctors, etc. who need to enter the scene can not only carry out their work, but also avoid the destruction of the on-site physical evidence, and minimize the risk of “contaminating” the scene.

Zhou Lihong's colleagues have always admired her very much. They called her a "woman who plays with bones" behind them, and they dare not say this in person." Zhou Lihong is a crazy person in my eyes. She seems to be born for the profession of forensic medicine."

"She is dedicated to forensic career, and for a while, she even worked with illness."

"As a female forensic doctor, Zhou Lihong does not seem to need the process of overcoming psychological obstacles."

However, Zhou Lihong, the female forensic doctor who frantically studies bones, blurts out when recruiting recruits, "Don't trick a young girl into being a forensic doctor."

Because at the crime scene, the bloody sensory stimulation is not the most terrifying. The most difficult may be standing for a long time or the lack of a toilet. Therefore, female forensic doctors dare not drink much water.

"Vomiting is a normal physiological reaction. This can't be restrained, and there is no need to deliberately practice suppressing it." Zhou Lihong reminded gently, "Fortunately, carrion is rare nowadays. No one can help but vomit facing swollen corpse." What does that famous line say? Just spit out and get used to it.

"Everyone has vomited, there are many trees outside the anatomy room, it can just be used as fertilizer." This is Zhou Lihong's unique humor.

Reading the notebook 17 years later, and the intensity of the fight at that time was still shocking and vivid. 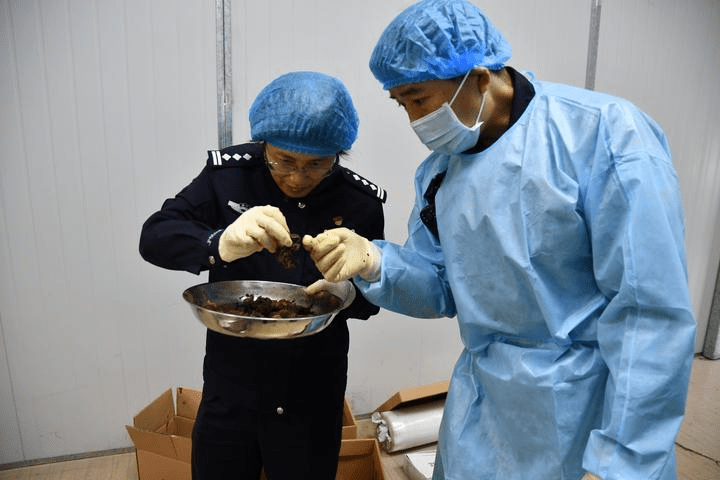 These notes record every abnormal death case she has experienced from the 1990s to 2020.

Draw a map of the reconstruction site, record the details of the site inspection… When busy, she would finish writing a notebook within three or four months.

In 2017, with the help of the leadership of Hangzhou Public Security Bureau and Criminal Investigation Detachment, "Zhou Lihong Studio" was established. As a professional person in charge, Zhou Lihong needs to review more than 50 corpse appraisals and more than 1,200 damage appraisals in addition to more than 100 site surveys every year.

Because of her rich experience, she is often invited to participate in difficult case discussions organized by the provincial government, and as a forensic clinical expert, participates in the annual proficiency testing and paper judgment work of the Ministry of Public Security.

She used the “7.5” bus arson case as an example, “I just came back from training in the field and organized everyone to conduct a group injury treatment drill. I didn’t expect to encounter this case just a few days later. And because they had just received training, every forensic doctor arrived at the scene knowing what to do; it was precise because we had mastered the traces of all the injured, coupled with the help of video surveillance that we identified the murderer as soon as possible."

Forensic doctors are also called forensic evidence scientists, or forensic experts. Therefore, Zhou Lihong also especially teaches new forensic doctors how to testify in court, and how to organize language and control the rhythm in court.

Her current work content is very much diversified. In the research of technical and tactical methods, Zhou Lihong's studio studies various constriction forms to help screen the camouflage scene.

"The purpose of discovering the truth by forensic medical methods is for the salvation of the living. After finding the answer, please let go of your anger, let go of your guilt, and live your life with the love and hope of the dead.”