Cases continue to rise in Xi'an 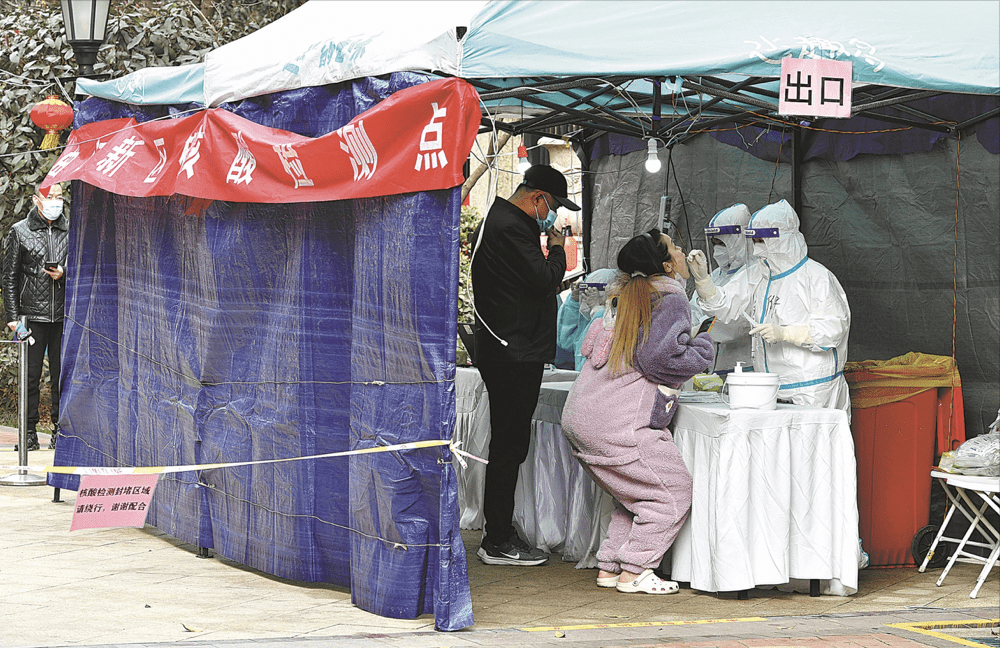 People take nucleic acid tests for COVID-19 at a residential community in Xi'an, Shaanxi province, on Tuesday. The city launched a new round of tests on Monday to screen out hidden infections. (Photo/China Daily)

The number of confirmed COVID-19 cases has continued to increase in Xi'an, Shaanxi province, as the city stepped up mass nucleic acid tests and found more risk areas.

"The newly detected cases included five under the age of three and 20 over 60," he said at a news conference on Tuesday.

All patients have been sent to designated hospitals for isolated treatment and all were in stable condition, he said.

"It is really urgent to strengthen the prevention and control work in local universities and colleges to prevent the spread of the coronavirus on campuses," he said at a work conference.

Chang'an University in Xi'an is now the only high-risk area in the province.

Zhao Dahai, executive director of Shanghai Jiao Tong University-Yale University Joint Center for Health Policy, said the current epidemic situation in Xi'an is far from out of control despite the sharp increase in confirmed cases.

"More than half of the patients were detected from the close contacts that have been put under quarantine, and the other half were diagnosed from the mass nucleic acid testing, and that is enough to show that the city's strict anti-pandemic measures and policies of lockdown and mass nucleic acid testing campaign have achieved obvious results," Zhao previously told media.

Liu Xiaohua, a professor with the School of Architecture of Tsinghua University, dismissed the rumor that one of the transmission channels of this outbreak in Xi'an is the air supply system in Xi'an Xianyang International Airport.

Airport staff also responded that it should be impossible for the coronavirus to spread through the airport's air conditioning system.

"If the coronavirus spreads through the air conditioning system, it should not be only two passengers that have been infected at the airport," said the staff member, who did not want to be named.

Yang Yongtao, deputy head of the city's Chang'an district, said the supply of grains, edible oil, meats, vegetables, noodles, milk and eggs are adequate in major agricultural bazaars and supermarkets in his district.

Kang Ruoming contributed to this story.