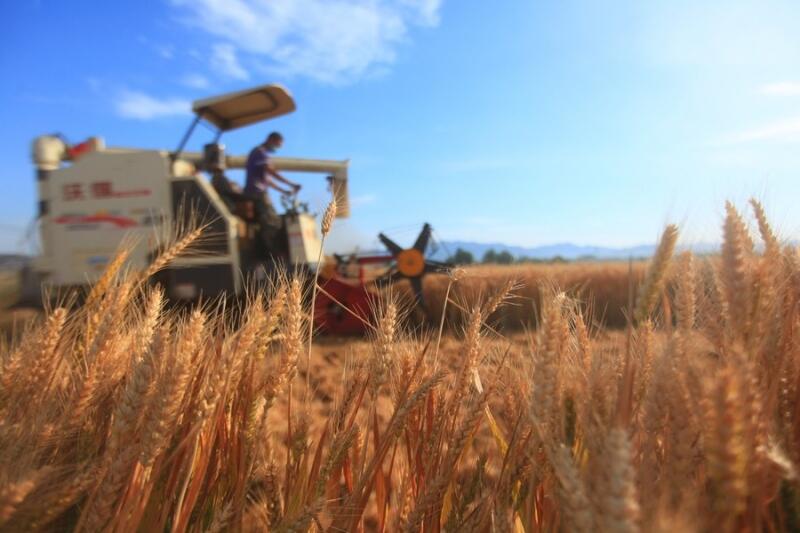 Villages can potentially save a great deal of energy and significantly reduce carbon dioxide emissions as environmentally friendly agriculture develops amid rural vitalization efforts, which were given further impetus by discussions at this year's two sessions.

During their annual meetings earlier this month, national legislators and political advisers said that to achieve the goal of reaching peak carbon dioxide emissions before 2030 and carbon neutrality before 2060, the role of the agricultural sector should be emphasized.

Emissions in the sector reached 830 million metric tons in 2014, accounting for 6.7 percent of the nation's total, according to the latest data released by the national greenhouse gas inventory database system.

Zhao Lixin, a deputy to the National People's Congress, the nation's top legislature, said carbon emissions in agriculture mainly come from methane and nitrous oxide from rice fields, fertilizers, and gas emissions and feces from animals.

Reducing intensity, increasing carbon sequestration, and using renewable energy as a substitute can be ways to achieve carbon peaking and carbon neutrality in the agricultural sector and rural areas, said Zhao, who is also director of the Chinese Academy of Agricultural Sciences' Institute of Environment and Sustainable Development in Agriculture.

For instance, intermittent rice irrigation, in which the field is alternately watered and drained, can control methane released from rice fields, Zhao said.

Using fertilizer more effectively can reduce nitrous oxide emissions, while improving animal health and their ability to digest feed can help lower the discharge of methane.

Greenhouse gas emissions are expected to decline by 172 million tons across the country through the comprehensive utilization of crop stalks and straw by 2030, with the potential to drop by 273 million tons by 2060, Zhao said.

A road map for reaching peak carbon emissions and carbon neutrality in the agricultural sector and rural areas should be created, Zhao said.

"We need to forecast the trends and peaks of agricultural greenhouse gas emissions on the premise of ensuring food security and the effective supply of important agricultural products," she said. "We also have to assess the potential and cost of emissions reduction, carbon sequestration and replacement by renewable energy in rural areas."

Efforts should also be made to conduct research on techniques to reduce greenhouse gas emissions during crop production and poultry raising, Zhao said, and energy-saving equipment needs to be developed for factory agriculture, large-scale breeding, slaughtering, processing and transportation.