Closer ties between Zhejiang and Czech are forged through BRI 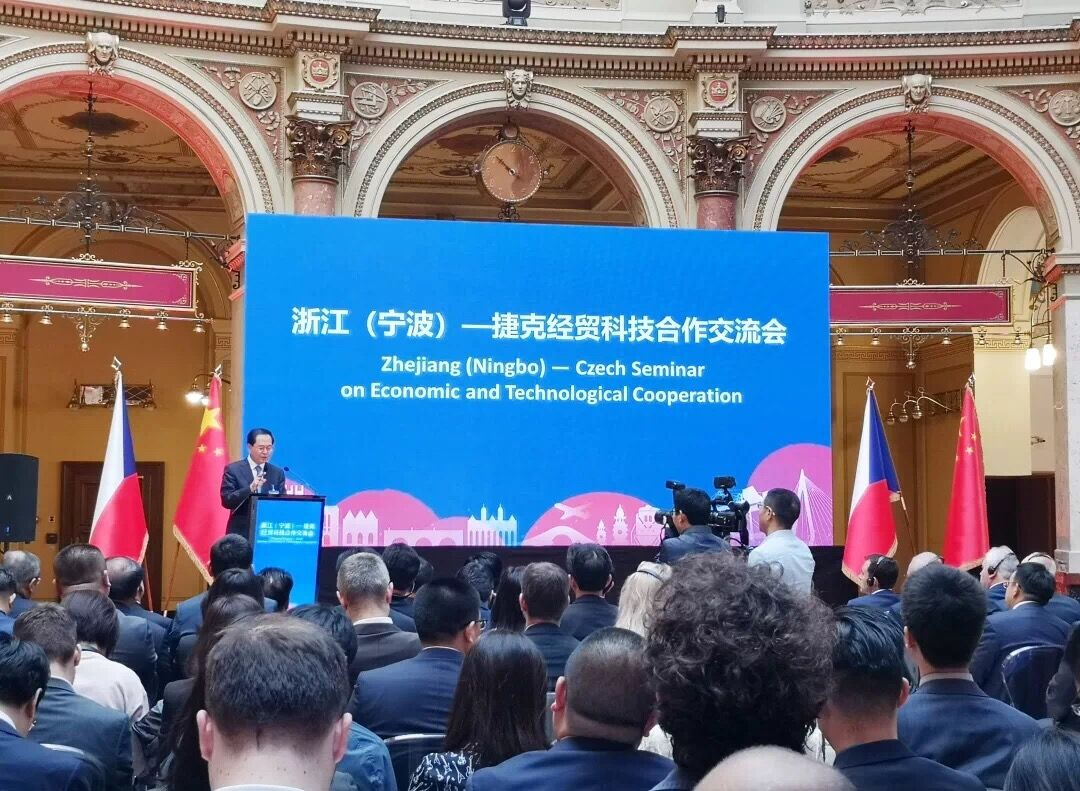 On May 23, Zhejiang (Ningbo)-Czech Seminar on Economic and Technological Cooperation, one of the series activities of Belt and Road Zhejiang Businessmen’s Trip (Czech Station) was held in Prague.

Wang Jian, Deputy Director-general of Department of Commerce of Zhejiang Province, led a delegation of more than forty members to the event. The event was attended by the leaders from Export-Import Bank of China (Zhejiang branch), Zhejiang provincial enterprises such as Wuchan Zhongda Group, International Trade Group, Energy Group, Seaport Group, and Zhejiang’s famous enterprises such as Wanxiang, Chint, Wahaha and Hailiang, a total of about 210 persons, including more than 100 foreign attendees.

Che Jun showed his expectation for in-depth cooperation between Zhejiang and Czech. According to Che,  Czech and Zhejiang are an important cradle and a rising star of the automobile industry respectively, boasting a solid industrial foundation and technical advantages. 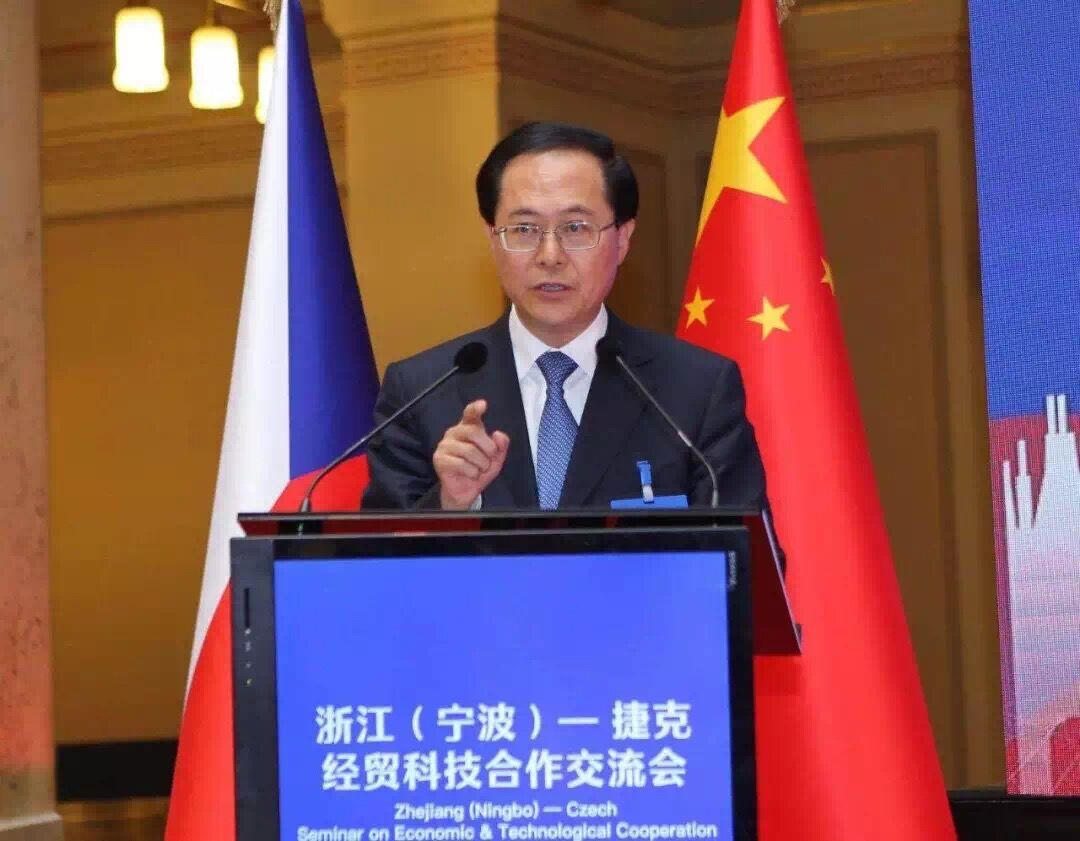 The Charles Bridge lying on the Vltava River of Prague witnessed how Prague became an important trade center of Europe, and the Arch Bridge over the Grand Canal witnessed the bustling history of Hangzhou. The film The Unbearable Lightness of Being is popular all over the world, and the story of butterfly lovers has been passed down for thousands of years, conveying the common feelings of pursuing happiness. He hoped that Zhejiang and Czech will seize the opportunity and upgrade economic and technological cooperation and cultural exchanges.

Mayor Qiu Dongyao highlighted the investment environment of Ningbo, the construction of the “16+1” economic and trade cooperation demonstration zone, and the first China-CEEC Expo. He pointed out that by taking the express train of the BRI construction and the “16+1 cooperation”, economic cooperation and cultural exchanges between Ningbo and Czech cities have been enhanced in recent years. At present, Ningbo is seizing the opportunity to further exchanges and cooperation with Central and Eastern European countries including the Czech Republic. For a bright future, Czech is expected to participate in the construction of Ningbo “16+1” economic and trade cooperation demonstration zone and the first China-CEEC Expo through co-building industrial parks and jointly promoting trade facilitation.

The two parties signed twenty-two cooperation projects, with a total contract value of 380 million USD,  covering fields such as modern logistics, smart cities, energy development, scientific research and education, automobile manufacturing and cultural tourism, which fully displays the achievements of economic and trade cooperation between Zhejiang and Czech in recent years and the great potential for future development. 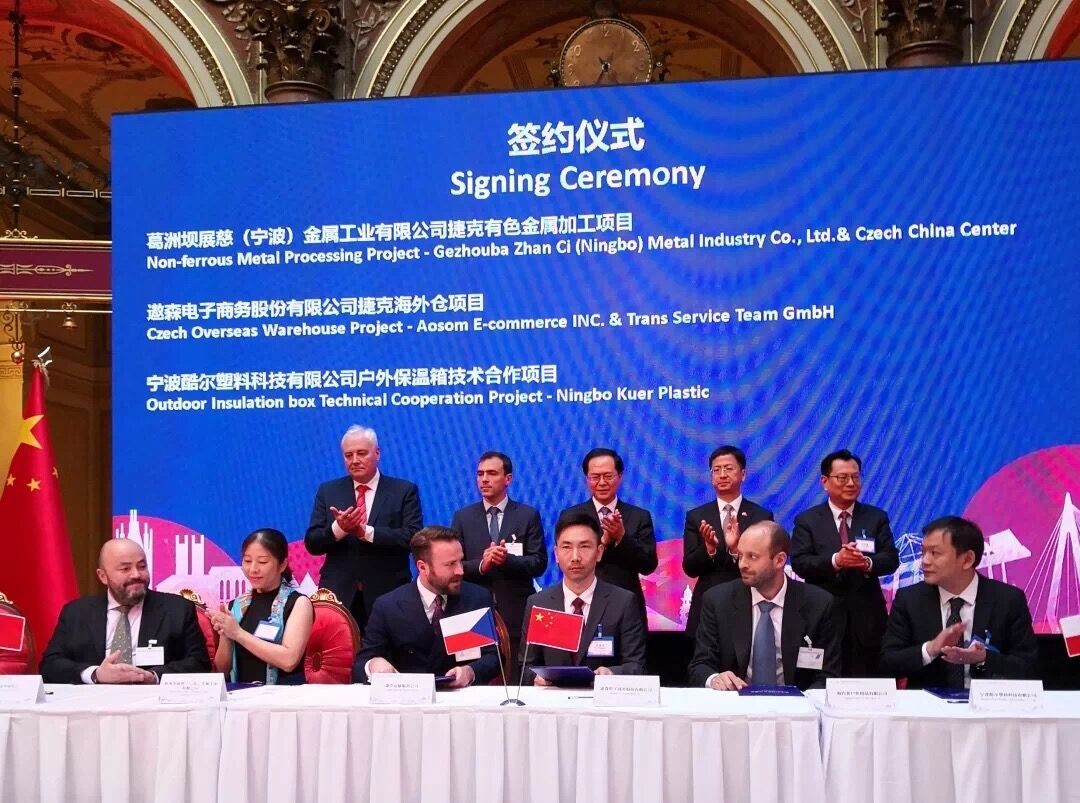 In the last part of the exchange conference, a video of Czech Botanicus products sold through live-streaming of net celebrity on Taobao was played, which attracted attention from more than 10,000 visitors and received 30,000 likes. The novel model won enthusiastic responses from the audience. On the afternoon of May 24, Secretary Che Jun met with Ivo Gruner and Radka Trylcova, lieutenant governors of Pilsen. It is hoped that both parties will make full use of the China-CEEC Expo to strengthen cooperation on advanced manufacturing and high-tech industries, facilitate the two-way trade among enterprises, deepen cultural dialogue, and promote the friendship between the people of both sides.

On the morning of May 25, Secretary Che Jun inspected the Pavlov Logistics Park in Belt and Road Czech Station and greeted the staff of Huajie Company working in Czech. He required that the relevant departments of the province and Yiwu City stand at a strategic height of implementing BRI, and strive to forge the Czech Station into an important platform for Zhejiang to participate in the Belt and Road construction.

The provincial business delegation also visited the Czech Station’s Business Service Park and Zhejiang-Czech Business Innovation Park to learn about its construction and development plan, and explore the possibility of future cooperation with the Czech Republic.