Silk Roads Encyclopaedia | Why was the Silk Road important? 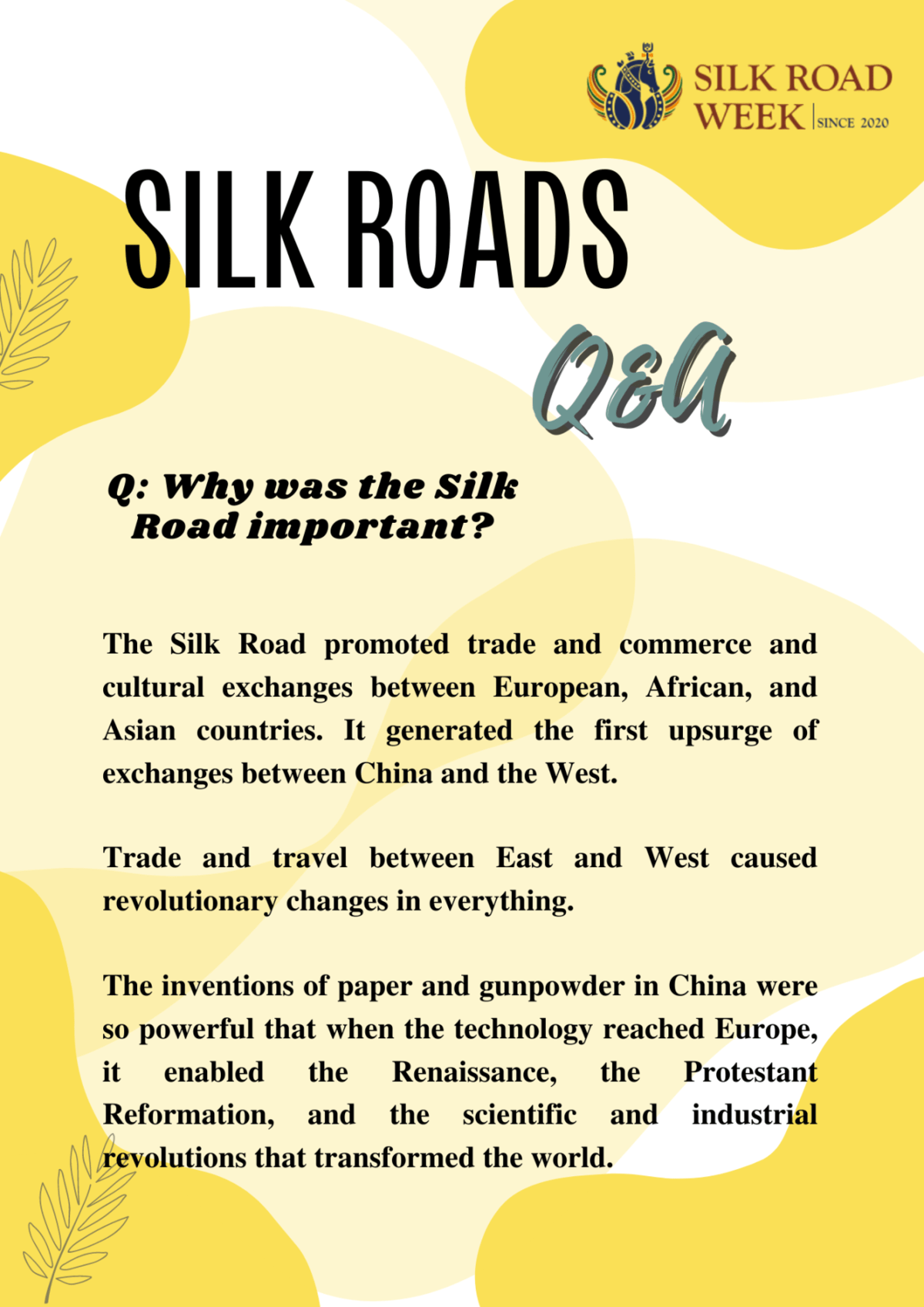 Q: Why was the Silk Road important?

Trade and travel between East and West caused revolutionary changes in everything.

The inventions of paper and gunpowder in China were so powerful that when the technology reached Europe, it enabled the Renaissance, the Protestant Reformation, and the scientific and industrial revolutions that transformed the world.