In ancient times, the seemingly insurmountable hurdles, such as mountains, rivers, deserts, and seas, often confine human beings to a relatively closed geographical environment. However, these obstacles have never been able to curb the craving for communication at the bottom of their hearts. There was a road that crossed numerous mountains and deserts, broke through geographical constraints, and connected ancient China, neighboring countries, and the West. Silk, which was exported from China, was the most representative goods exchanged on the road, hence naming the road as the "Silk Road".

The "2020 Silk Road Week" exhibition, sponsored by the State Administration of Cultural Heritage and the People’s Government of Zhejiang Province, is currently on display at the China National Silk Museum. 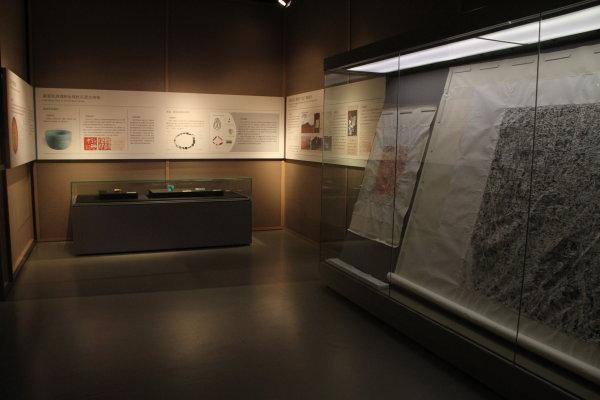 Leaping across thousands of years of history and running through the Chinese and Western cultures, what historical and cultural messages can we read through the precious relics along the Silk Road? How can we revive the Silk Road in the modern era?

The never-ending cultural communication: Chinese goods that are full of exotic charm

The history of the Silk Road dates from 138 BC when Zhang Qian served as an envoy abroad to the western regions. Centuries later, in 1977, the concept of “Silk Road” was then officially put forward from an academic view by the German geographer Richthofen for the first time. In 2014, the UNESCO formally approved the silk road to becoming the world recognized cultural heritage.

The Silk Road has passed through a total of 2252 years.

Communication, mutual learning, and joint development have become the common vision of people who walked or are walking on this road from ancient to modern times.

At the exhibition at the China National Silk Museum, a small, shiny gold plate stands out. After more than 1600 years, the "Gold Plate with Flowers and Figures" from the Northern Wei Dynasty (386 to 534 AD) is still glorious, with amazing ingenuity. (Gold Plate with Flowers and Figures)

It is noticeable that in the golden plate, there are four vivid figures. Among them, the figure on the right side is centaur-like, which comes from ancient Greek. According to Zhou Yajuan, the planning assistant of the exhibition, ancient Chinese people preferred to use jade, and gold objects actually came from Europe. The gold plate is a clear example of Greco-Roman sculpture.

The Northern Wei completed the unification of the north later, so the Land Silk Road was re-opened. Exchanges between China and the West at that time were flourishing. This golden plate acted as a witness to the prosperity of the Silk Road during this period.

There are many "Chinese objects" that are full of exotic charm on site, such as gilded silver box engraved with pomegranate pattern from the West and stone tomb door carved with the pattern of Tartar Dance of the Tang Dynasty. The combination of Eastern and Western elements can be seen in various objects, bursting out a steady stream of cultural vitality.

"Taking gilded silver box engraved with a pomegranate pattern as an example. In ancient western countries, the pomegranate was a symbol of good harvest and wealth. After it was introduced to China, the pattern of pomegranate flower was widely used in the Tang Dynasty, which also led to a lot of connotations. It is mainly regarded as a symbol of love and the hope of ‘the more sons, the more blessings’,” Zhou Yajuan said.

The staff of the China National Silk Museum introduced several "popular treasures". "The crystal beads are often mentioned by netizens, perhaps because they are close to our daily life," Zhou said. The string, mixed by 23 crystals and davidsonites of different shapes, are unearthed from Chen Bao's tomb in Xuwen County in the early Eastern Han Dynasty (25AD to 220AD) in Huangnigang, Hepu.

"In addition to the nine crystals and the one chalcedony, the other 13 are davidsonite, including aquamarines, chrysoberyls, and translucent emeralds. Such aesthetic is not out of date even in the modern times," Zhou commented.

Pliny, the famous Roman scientist, wrote in Natural History that most of the best davidsonites came from India. Besides, Sri Lanka is rich in davidsonites and is also a traditional gemstone processing zone. Davidsonite ornaments unearthed in Hepu should have come from the areas of India and Sri Lanka.

Although the jewelry is buried in the ground for more than two thousand years, it is still crystal clear and glorious, through which people can imagine the prosperity of the Maritime Silk Road at that time.

The sail set on the sea, the camel bells ringing in the desert, the horse-hoofs heard on the prairie. These transportation lines form the arteries of cultural exchange between the East and the West.

This is not only a way of trade and barter but also a way of cultural exchange. Rich cultural heritage, including religion, astronomy, calendar, printing, navigation, were all spread on the road and have been exerting profound impact for thousands of years.

Hundreds of cultural relics from nearly 30 museums gathered together

"This exhibition includes nearly 30 museums’ cultural relics across the country, as well as hundreds of domestic and foreign historical materials and archaeological relics,” said Zhao Feng, curator of China National Silk Museum and chief curator of this exhibition, said.

In a showcase of the museum, a yellowed silk painting attracted a lot of attention. It is Wenji’s Return to Han from Jilin Provincial Museum.

This painting, 129 cm in length, depicts the return of Cai Wenji, the daughter of Cai Yong, a literati in the Eastern Han Dynasty. This national first-class cultural relic was once collected by the Emperor Puyi and then hung in the kitchen of ordinary people for several years. Finally, the cultural relic was recovered by the government, and then cleaned and restored by the Palace Museum.

"This painting was only exhibited once in Jilin Provincial Museum. It is not easy to borrow it." Zhao Feng said that the insured price of this painting was very large at first, and finally came to Hangzhou with a relatively appropriate insured price after several communications and guaranteed by Zhejiang Bureau of Cultural Heritage.

Zhejiang has a deep relationship with the Silk Road. Historically, Zhejiang was one of the starting points of the ancient Silk Road, from which silk, tea, and porcelain were transported to overseas countries.

In the workshop of Misai Silk Co., Ltd. in Chang'an Town, Haining, we can still see many traditional manual processes that have been passed down for many years. To the south of the factory, the building is the East Zhejiang Canal. "In the prosperous period of the silk industry, the silk in this area was transported to various places through the canal," said Yu Yongda, deputy general manager of Missai Silk Co., Ltd. Since the reform and opening up, Zhejiang has carried out a lot of explorations in port trade, international logistics of small commodities, cross-border Internet, etc., and accumulated a lot of experience for the construction of the Belt and Road, especially the 21st Century Maritime Silk Road. At the same time, in terms of cultural protection and development, Zhejiang has built the Chinese Silk Museum, the Chinese Tea Museum, and other cultural carriers related to the ancient Silk Road, leaving a deep cultural imprint for the construction of the Belt and Road.

The network of economic and cultural integration on the Silk Road is gradually spreading, and it constantly exudes long and meaningful cultural charm.