An elder man in his eighty donates 2.65 million yuan for public welfare

In Xiaomen Village, a tranquil and beautiful village in Ningbo there is an elder man who begrudges spending 5 yuan on a pedicab ride when he goes out but donates his life savings of 2.65 million yuan (approximately 0.41 million dollars) for public welfare for the village on his 80th birthday. Part of the donation has been used as an award fund for outstanding students in Xiaomen Village. Since 2015, the fund has been awarded to 85 outstanding students with a total amount of more than 0.67 million yuan. 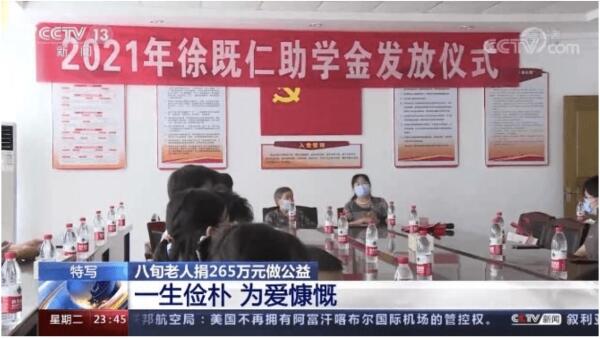