A rendering of the theme music of Fog Hill of Five Elements. (Photo/hangzhou2022.cn)

A symphony of music related to the 19th Asian Games and Chinese and foreign animation works was held at the China Cartoon and Animation Museum in Hangzhou on Dec 24, local media outlets reported.

It provided a musical integration of the approaching Asian Games, which will be held in Hangzhou in September 2022, with cartoons and animation works.

A rendering of the theme music of Fog Hill of Five Elements brought spectators to a distinctive animated martial arts world. The work, which features Chinese ink paintings, has enchanted many viewers across the globe since its publication in 2020.

Renderings of a number of Chinese and foreign animation works, such as Mr. Black, Calabash Brothers, Detective Conan, Slam Dunk, and The Smurfs, resonated with spectators, winning heavy applause.

On the sidelines of the symphony, many big names from Chinese music circles, such as Zhou Bin, head of the Zhejiang Pop Music Association, and Lin Shangzhuan, deputy head of the Zhejiang Symphony Orchestra, shared stories from behind the creation of musical works related to the Asian Games. 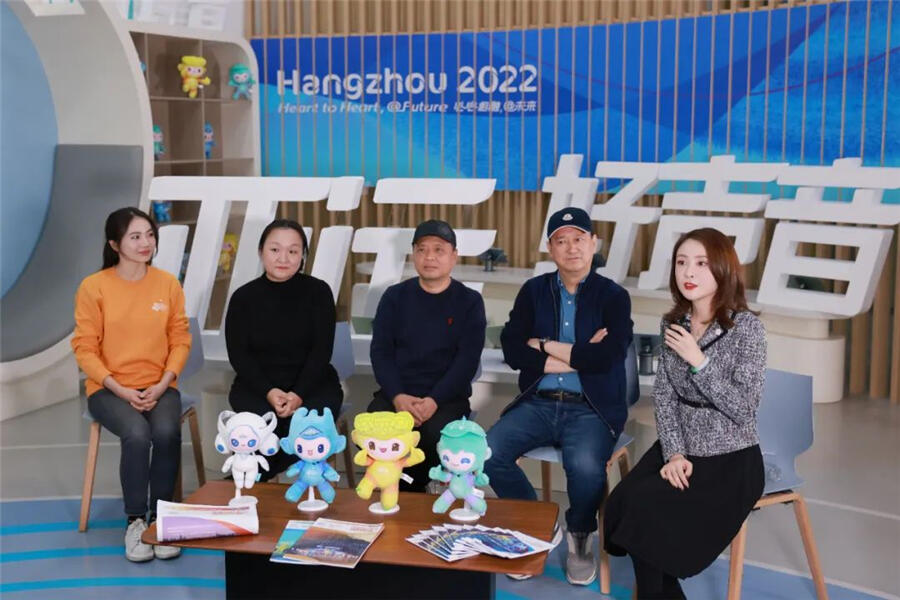 Big names from the Chinese music circle share stories from behind the creation of musical works related to the Asian Games. (Photo/hangzhou2022.cn)