The office vowed to fully support the special administrative region government's efforts to win the fight, which the city plans to do by leveraging the nation's support and uniting various social sectors.

Recently, Xi expressed great concern about the city's raging outbreak and instructed the Hong Kong government to make pandemic control its top priority and take all necessary measures to overcome the virus. In response to the remarks, the Liaison Office said the central government has firmly supported the special administrative region in its fight against COVID-19 in the two years since the pandemic emerged.

Amid the raging fifth wave of infections, Xi's remarks again demonstrate the nation's concern for Hong Kong and give the city clear guidance on how to stabilize the situation, the office said.

With the nation's support, Hong Kong society has received a strong impetus to unite as one to combat the virus, the office said.

The office stressed that at this critical moment, pandemic control must be the overriding priority, and confidence, solidarity, and action are the keys to win the battle.

To reach the goal, the office will fully support the Hong Kong government's efforts to rein in the situation, help unite social forces, and facilitate the coordination among the authorities of the central government, Guangdong province, and the Hong Kong Special Administrative Region. 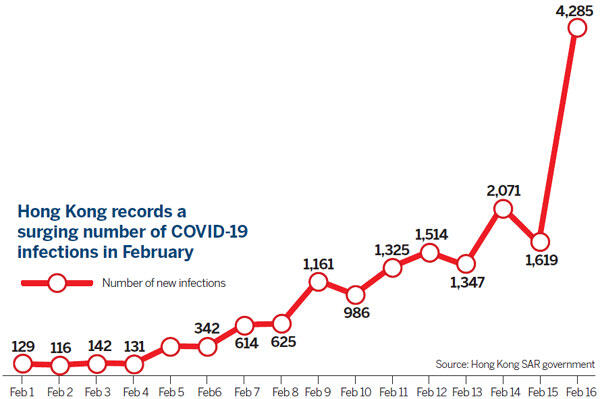