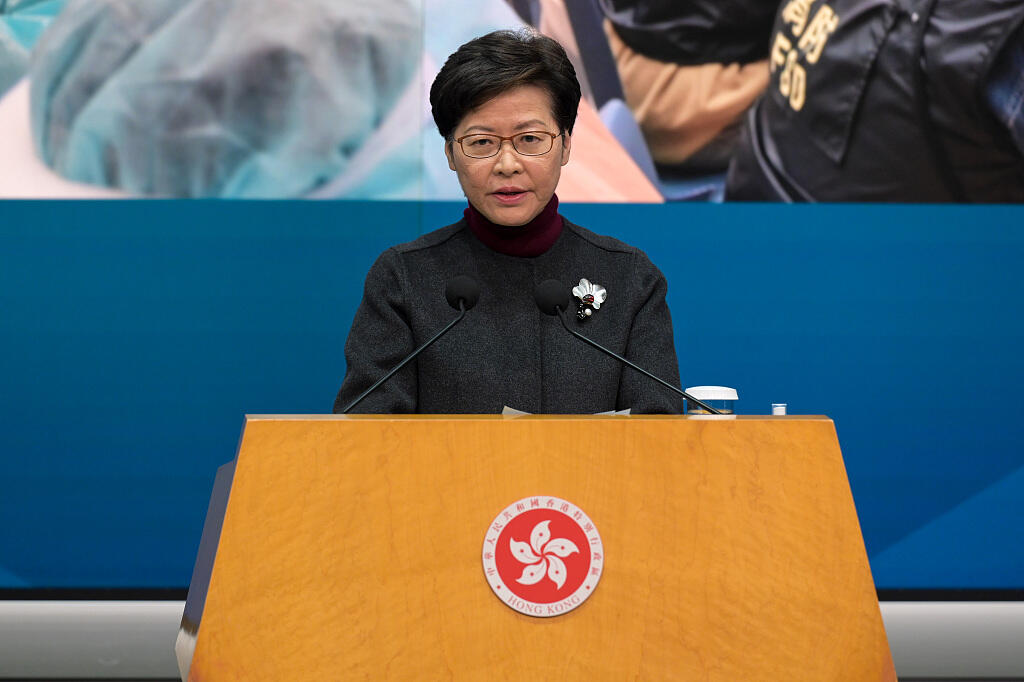 Lam said in a statement on Sunday night that assuming the primary responsibility for the fight against the epidemic, the HKSAR government will implement the strategy of "preventing the importation of cases and the spread of the virus in the community" in pursuit of "dynamic zero infection."

The HKSAR government will leverage the central authorities' guidance based on their experience in fighting the epidemic, as well as their manpower and resource support, to further boost Hong Kong's capability of "early identification, early isolation and early treatment" of the infected, she said.

Promptly following up on consensus and achievements from the second Mainland-Hong Kong thematic meeting on COVID-19 epidemic on February 12, Lam held an internal high-level meeting on February 13 and appointed convenors from the HKSAR government for five task forces.

The convenors will coordinate with representatives of relevant ministries and commissions of the central authorities, as well as the Guangdong provincial government, to press ahead with the implementation work to tackle the fifth wave of the epidemic in Hong Kong.

In view of the rapid development of the fifth wave, the HKSAR government has taken immediate actions and striven to contain the virus by a multi-pronged approach, including boosting the capacities of community testing and sewage surveillance, and strengthening contact tracing.

At the same time, the HKSAR government has adjusted its quarantine and isolation strategies in a timely manner, including the launch of the "StayHomeSafe" scheme on February 8 to arrange close contacts and household contacts of close contacts who are deemed appropriate after assessment to undergo home quarantine for 14 days and four days respectively.

As of Sunday noon, over 4,000 people were subjected to home quarantine under the scheme, which has been operating generally smoothly thus far.

Lam said that the onslaught of the fifth wave of the epidemic has dealt a heavy blow to Hong Kong and overwhelmed the city's capacity of handling, and the tremendous surge in the number of confirmed cases in recent days has lengthened the lead time for admitting people who test positive to isolation facilities, adding that the situation is highly undesirable and the HKSAR government feels worried and sorry about it.

She said the HKSAR government will start working through the task force with the mainland as soon as possible to enhance Hong Kong's capabilities of testing and isolation facilities by all means. 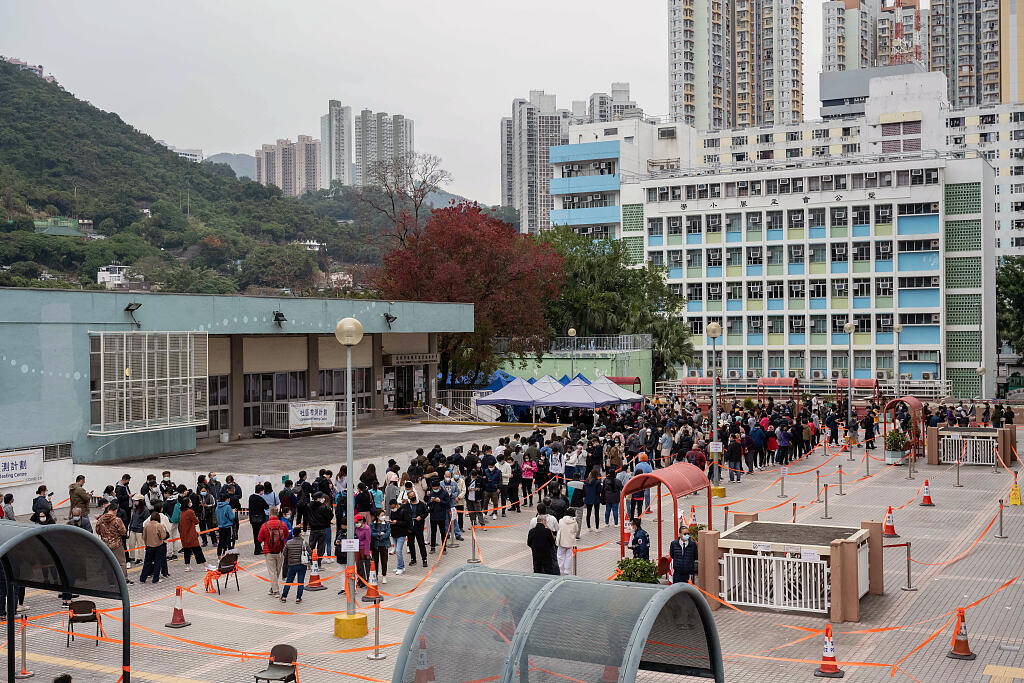 Meanwhile, the HKSAR government will implement measures to alleviate the anxieties of members of the public waiting at home for isolation, including the distribution of information kits, setting up of a designated inquiry hotline and provision of online diagnostic services, she said.

Lam said that in the face of such a challenging epidemic situation, the HKSAR government fully understands the anxieties of the public and will work as a team and do its best to implement and strengthen the various existing anti-epidemic measures.

"With the full support to Hong Kong by the central authorities together with the governments of Guangdong Province and Shenzhen through the above-mentioned task forces, I believe that our measures will give their full play to curb the epidemic," she said.

Boosting the local vaccination rate as soon as possible is top priority and the HKSAR government will continue to increase vaccination venues, recruit more medical staff to administer vaccination for residents of elderly homes, lower the minimum age for receiving the Sinovac vaccine to three years old, and implement the "vaccine pass" initiative with a view to achieving a vaccination rate of over 90 percent to strengthen Hong Kong's immune barrier against the epidemic, she said.

She stressed the HKSAR government is confident that it will receive the support of LegCo members for the early approval of the funding, so as to implement the various support measures as early as possible.

The HKSAR confirmed 2,071 new COVID-19 cases within the past 24 hours, local health authorities revealed on Monday.