-- An effective control of the pandemic, they believe, serves as a prerequisite for reviving the economy, and that safeguarding people's health and promoting economic and social development are not mutually exclusive, but mutually reinforcing.

-- China's efforts to coordinate pandemic control and economic growth have convinced an increasing number of observers around the globe that China's strategy best suits its own national conditions and also benefits the whole world.

Every now and then, some Western media criticized China's anti-pandemic approach of clearing COVID-19 infections in a timely manner, arguing it's too rigid to sustain and detrimental to global recovery.

Actually, the criticism has misinterpreted the approach and ignored its proven effectiveness and flexibility. As a matter of fact, by doing so, the world's most populous country has not only avoided a formidable caseload and death toll, but also ensured a swift recovery and remained a powerhouse for the global economy.

A PATH SUITABLE FOR CHINA

China's anti-pandemic approach is by no means equal to zero tolerance for any new infections. As Chinese health experts have expounded, instead of achieving zero infections, China's regular prevention measures aim to ensure early detection, a swift response, targeted containment and effective treatment.

If China were to follow the model of "coexistence with the virus," it would be reporting "hundreds of thousands" of daily new cases "even in a highly underestimated outbreak scenario and under the most optimistic assumptions," according to a study of the Chinese Center for Disease Control and Prevention.

In the face of the unprecedented health crisis, every response strategy comes with a cost. But for Chinese policymakers, saving people's lives is their top priority.

An effective control of the pandemic, they believe, serves as a prerequisite for reviving the economy, and that safeguarding people's health and promoting economic and social development are not mutually exclusive, but mutually reinforcing. The strong domestic measures China has taken to control COVID-19 for the past two years have provided a solid basis to revitalize its economy, said Lawrence Loh, director of the Center for Governance and Sustainability at the National University of Singapore.

Last year, in defiance of the impact of the pandemic, China recorded an 8.1-percent growth year on year, outpacing other major economies.

In its latest edition of the Democracy Index, the Economist Intelligence Unit, a research and analysis division of the Economist Group, said Chinese citizens seem to appreciate Beijing's success in containing the pandemic. The aforementioned facts can explain why.

Globally, China's approach of clearing COVID-19 infections in a timely manner has demonstrated its sense of responsibility as a major country.

Should China take the rather laid-back approach seen in some Western countries, the resulting impact on the global pandemic fight and economic development would be grave. In this regard, the United States' failed pandemic response is a reminder.

What's more, with its economic engines roaring, China has played a major role in stabilizing and energizing global growth.

"COVID has created an uncertain world, and therefore any country or supplier which can remove the clouds of uncertainty with the sunlight of certainty is to be welcomed and supported," said John McLean, chair of the Institute of Directors for the City of London.

Despite isolationism and protectionism stoked by the pandemic, China continues to expand its opening-up and promote international cooperation.

China's foreign trade reached 6.14 trillion U.S. dollars in 2021, up 21.4 percent year on year and crossing the 6-trillion-dollar threshold for the first time. Exports rose 21.2 percent, while imports went up 21.5 percent. 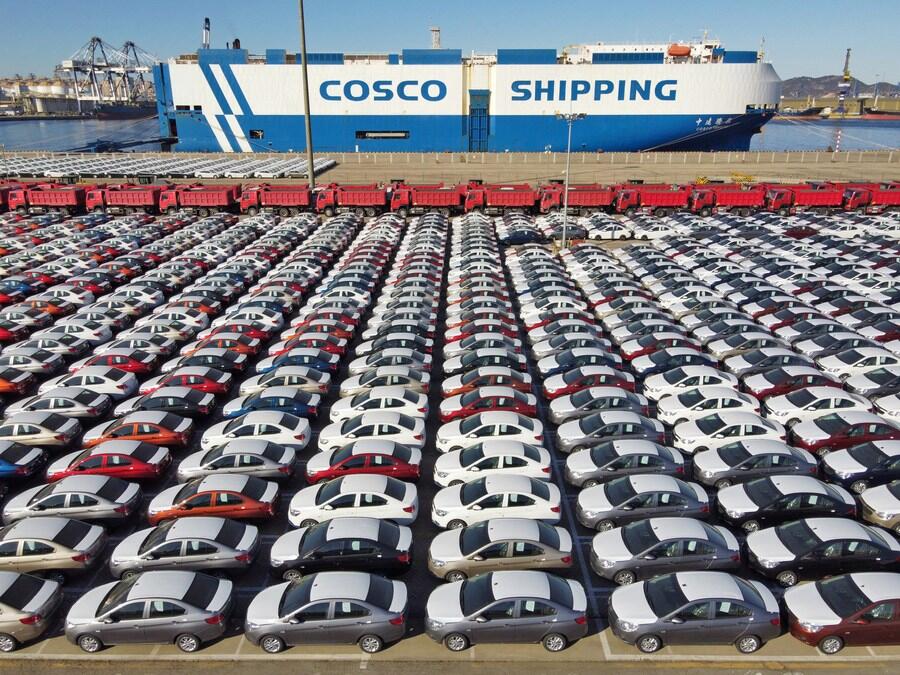 In the southern Chinese province of Guangdong, electrical appliance manufacturer Midea Group produces 47 percent of the world's magnetron, safeguarding the pandemic-battered global supply chain for microwave producers such as Panasonic and Bosch.

"Amid the spread of the coronavirus, China is demonstrating abilities to rapidly restore business activities and economic growth," said Yana Leksyutina, a professor at St. Petersburg State University. "With a high rate of economic recovery, China has become a driver of global economic growth."

A BETTER UNDERSTANDING OF CHINA'S APPROACH

China's efforts to coordinate pandemic control and economic growth have convinced an increasing number of observers around the globe that China's strategy best suits its own national conditions and also benefits the whole world.

Over the past two years, China's anti-pandemic measures have prevented a huge number of deaths at home and ensured that everything from iPhones and Teslas to fertilizer and car parts continues to flow to the rest of the world, said a recent article published by Bloomberg.

"The alternative is a massive surge in infections and deaths that could bring global supply chains to a halt, sending inflation higher," it said.

China has had repeated outbreaks, but these flare-ups have all been quenched by government controls like the recent lockdown of the city of Xi'an, according to the report.

"While these restrictions have led to temporary shutdowns of ports and factories, the country's industries have so far come through the pandemic remarkably unscathed," read the article. On Feb. 4, the opening ceremony of the Olympic Winter Games Beijing 2022 garnered global acclaim. The ongoing sports gala has given foreigners another glimpse into China's mode of combatting the pandemic, which has ensured both the athletes' safety and the smooth running of the competitions.

Athletes have given "positive feedback" on the organization of the Beijing Winter Olympics, Olympic Games Executive Director of the International Olympic Committee Christophe Dubi has said.

"Many athletes wrote that the conditions are heavenly," Dubi was quoted by Russia's TASS news agency as saying recently. A volunteer in Peking Opera costume performs at the audience stand during the break of a women's ice hockey match at National Indoor Stadium in Beijing, China, Feb. 3, 2022. (Xinhua/Li Ziheng)

"You don't hear that often, believe me. It is very difficult to organize competitions in such conditions. So, it is great that we see these laudatory reviews," he said.

For Fawzi Nijem, who is among the production and technical personnel from the United States, the epidemic prevention and control measures like wearing an N95 mask and staying in the closed-loop all the time are "very strict."

"I understand it," he added. "The government is trying to find a balance, as the pandemic will not go away very soon," Nijem said.