New progress has been made in Metro Line 5.

The first section of Hangzhou Metro Line 5 from Shanxian Station to Chuangjing Road Station will be opened at the end of this June, according to the Urban and Rural Construction Committee of Hangzhou.

The new line, serving as a rail transit artery linking up seven districts including Yuhang District, Xihu District and Gongshu District, will connects two inter-city railways, namely Hangzhou-Lin’an Railway and Hangzhou-Shaoxing Railway. According to preliminary statistics, there will be twenty-five entrances and exits with the function of underground interconnection in thirteen stations, among which twenty of them have already been confirmed the connecting projects, while other five are still reserved for later development. 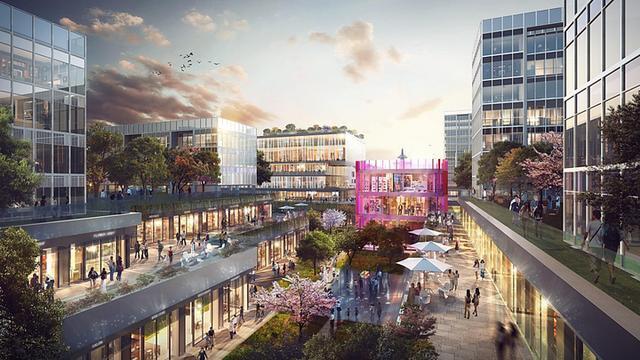 It’s reported that the thirteen stations have linked up popular areas of Gongshu District and Yuhang District. When the line is opened, citizens working and living near Gongchen Bridge, Xiangji Temple, Alibaba Group and Xixi Wetland Park will be able to exchange their relaxing spots on weekends. With the more convenient and fast rail transit, they can reach more than twenty commercial complexes and residential areas along the metro line easily. What's more, the citizens from every corner of Hangzhou can take a subway trip to participate in abundant activities at Alibaba Group, visit the online sensation store located at LOFT49, and attend the cultural exhibition held near Gongchen Bridge, etc.

Among the thirteen stations of the first section of Line 5, a lot of attention has been paid to the interconnection between stations and their surrounding commercial facilities as well as planned structures, with several connection channels have been reserved in several stations.