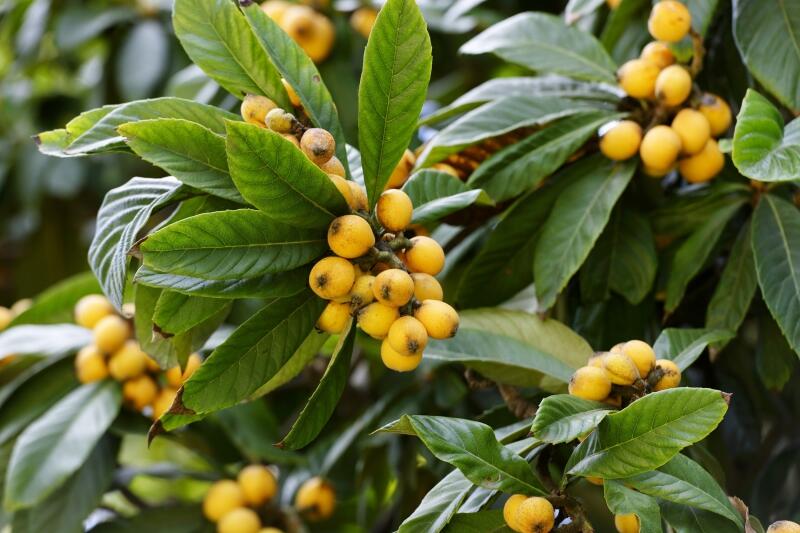 Again, the season of loquats arrives. Tangqi Loquat Festival is perhaps the most anticipated event in May in Hangzhou. Loquats at this time of year are the freshest and most succulent. People can taste them while picking, which is unable to resist. It’s even better that people can take a few baskets of loquats home.

2020 Tangqi Loquat Festival Kicked off on May 11

Tangqi loquats have a cultivation history of over 1400 years. Every year in May, Tangqi holds the loquat festival where tourists can come and fully experience the water town charm and food culture of Tangqi. This year’s Loquat Festival was held on May 11.

The first batch of loquats has already been on the market. It is estimated that most of them will ripen in mid-to-late May. Loquats will ripen in sequential order with loquats in the south area and the west area ripening first.

This year, the sunshine is ample, providing a good growing environment for loquats. The loquats grow well and their quality is even better than in previous years. So, here comes the newest loquat purchasing, loquat picking, and loquat tasting guide …

From May 10 to June 5, a loquat sales area with over 170 booths is set up at the transportation area south of Yunxi Road, Tangqi Town. Inside the sales area, there are loquat concentrated exhibition and sales area, self-produced and self-sold area, mailing area, convenient service station, medical observation area, etc. Please wear a mask and show your health code before entering the concentrated sales area

Guopu Well, at the south of Guangji Bridge, is an ancient well paved with boulder strips. It’s said that the litterateur of the Eastern Ji, Guopu, who had a good knowledge of the principles of Fengshui, and Yin and Yang, passed by Tangqi Town during the drought. He used what he had learned to explore orientation and dredge wells to connect underground water. The well water was sweet and local people were grateful to him for his deeds.

Dingshan Lake Wetland, though not famous as Xixi Wetland, has its unique charm with primitive water landscape and history and culture intertwined. Strolling around Dingshan Lake, your mood will be enlightened as to the golden morning light and dazzling morning cloud dancing on the sprinkling water surface.

The Chaoshan Scenic Area has been a must-see for men of letters since ancient times. In addition to some ancient architecture, there hide a large number of stone cliff carvings in Haiyun Cave in the southwest of the Chaoshan Scenic Area. There are professional tea art performances inside the scenic area, which is a great leisure activity to cool the heat in a hot afternoon when accompanied by high-quality chrysanthemum tea.