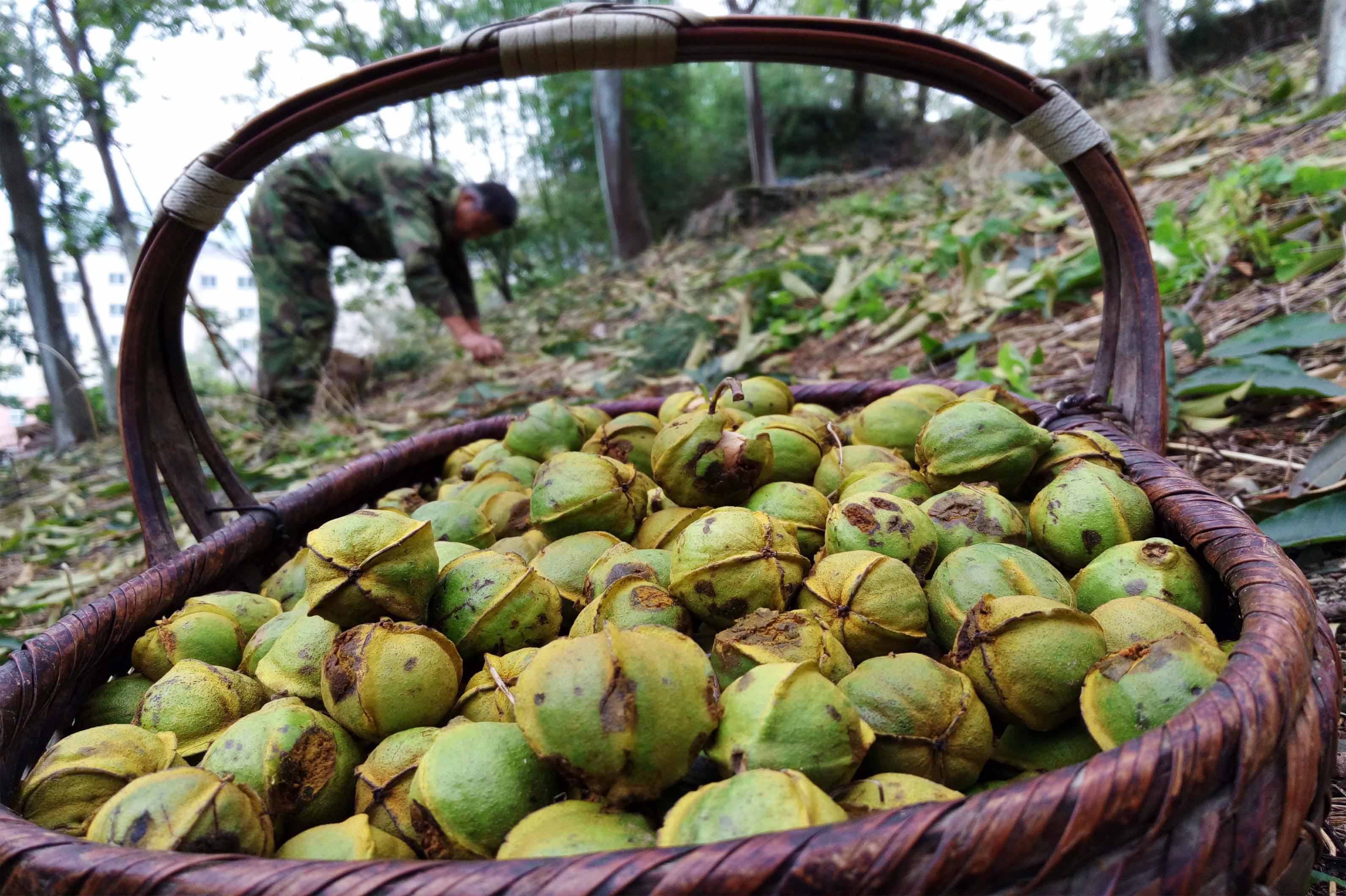 The Chinese hickory nut is considered to be a cherished gift given by nature. The small round nut is rich in protein, amino acids and 22 trace elements needed by the human body. The nutrition value of the nut is said to be twice as much as that of beef. And the nutrition in the nut is more easily absorbed than the nutrition in beef, eggs and other foods. The peeled and roasted Chinese hickory nuts are served as snacks and also used as an ingredient for candies and cakes.

Chinese hickory trees grow in the deep mountainous area of Tianmu Mountain. It takes 10 years for a hickory tree to grow into maturity and its height can reach up to 20 meters. The hickory tree only bears fruit when it is mature and the fruits grow at the top. Workers risk their lives climbing the trees in order to collect the fruit.

Lin’an District of Hangzhou has a history of growing hickory trees of more than five hundred years. The quality of Lin’an hickory nuts are ranked at the top for its strong tantalizing smell, crisp texture and thin shell. The production of hickory nuts has become an important industry in Lin’an. The plant area of hickory trees exceeds 500 million square meters, and more than 200 hickory factories provide more than 90 thousand jobs.