After the inscription of Archeological Ruins of Liangzhu Ancient City on the list of the UNSECO World Heritage, people flooded to the area and with a daily limitation of 3000 visitors, most people find it hard to get a reservation to visit it. Actually, besides Liangzhu Ancient City, Hangzhou has many more ancient cities that you can explore.

You may know that Qiandao Lake offers breathtaking scenery, but do you know at the bottom of the lake lies quietly two one-thousand-year-old ancient cities? In 1959, to build Xin'an River Hydropower Station, the two ancient cities, Lion City (pinyin: shi cheng; simplified Chinese: 狮城) and Hecheng City (pinyin: he cheng; simplified Chinese: 贺城) along with 27 towns and 1000 villages sank into the bottom of Qiandao Lake, and caused 290 thousand people to be relocated. The Lion City used to be a town under the jurisdiction of the then Sui'an County and it is the only town with city walls among the six counties of ancient Yanzhou. As a part of ancient Huizhou and Wuzhou, it was deeply influenced by Huizhou culture and Huizhou merchants, and is home to numerous skillful craftsmen and cultural relics. In 2002, CCTV news reported on the thousand-year-old city hidden at the bottom of Qiandao Lake. In 2011, the thousand-year-old ancient city was featured on China National Geographic Magazine. In 2012, the CCTV program group dived into the lake and live broadcast the exploration. Gradually the underwater ancient city got known by people.

Yanzhou ancient city (pinyin: yan zhou gu cheng; simplified Chinese: 严州古城) is located at the confluence of three rivers (Fuchun River, Xin'an River and Lanjiang River) with Wulong Mountain to the north and Sanjiang Estuary to the south. It is one of the few ancient cities in China with a clear regulatory framework, complete streetscape, and rich historical relics. 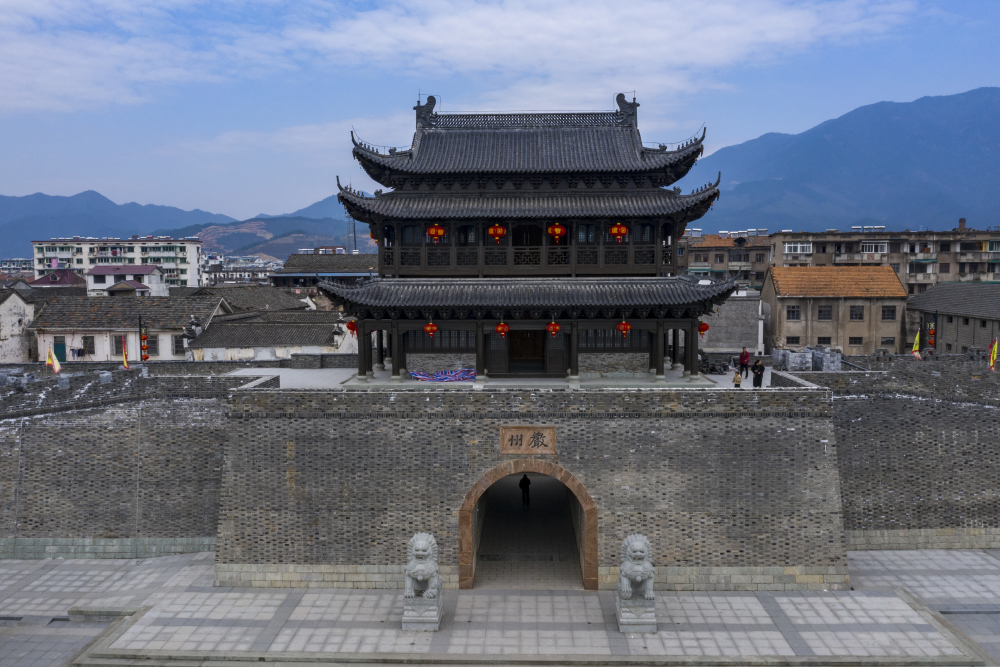 Meicheng Town (pinyin: mei cheng; simplified Chinese: 梅城) in Jiande City is the seat of ancient Yanzhou Area. It was established as a county 1800 years ago and has a 1300-year-old history of state governance. In its heyday, Meicheng was packed with Huizhou-style mansions and courtyards, deep streets intertwined with lanes, inns of different sizes and halls for gatherings all over the city. Now, ancient architecture still can be seen where your eyes go.

In 1138, the Southern Song Dynasty made the then Lin'an (current Hangzhou) the capital and built its palace near the present Songcheng Road at the east foot of Phoenix Mountain. Tiers and tiers of halls and pavilions can be seen on the mountain and form the prosperous scene of the Southern Song Imperial City (pinyin: nan song huang cheng; simplified Chinese: 南宋皇城).

It was during this dynasty that Hangzhou ushered in one of the most glorious periods in its history and became the most prosperous metropolis in the 12th and 13th centuries, known as "the most beautiful and luxurious city in the world".