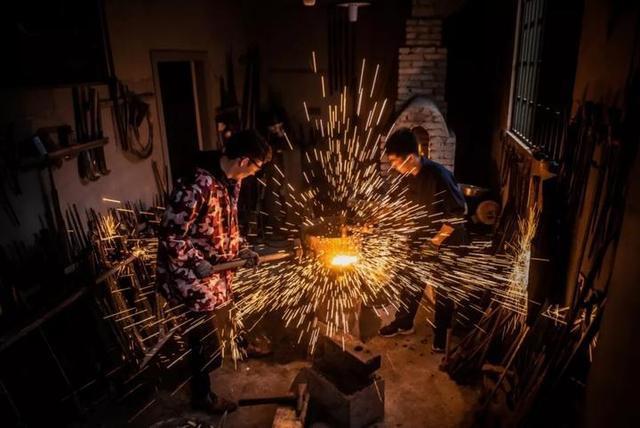 Under the influence of Kung Fu movies, Milan, a young Russian man, with his swordsman dream, came all the way to China for study four years ago. Since then, he has got obsessed with Chinese culture, especially the sword casting culture. One year ago, during his study in Communication University of Zhejiang, he found Longquan Hezi Sword Store on Taobao, and went from Hangzhou to Longquan for many times in hope of learning the casting skills.

Zha Changwei, the person in charge of the sword store, was touched by his tenacity, and arranged some examinations to test his understanding about the sword casting culture. Milan's performance was far beyond his expectation, so Zha Changwei decided to take Milan as his apprentice.

Milan is 1.8m tall and has a fair and clear appearance; though young, he is sincere and sensible, and has made rapid progress in his apprenticeship. He not only has an advantage in physical strength, but also can endure hardships. During the process of forging iron, his hand was scalded with blisters, but he never complained about it. 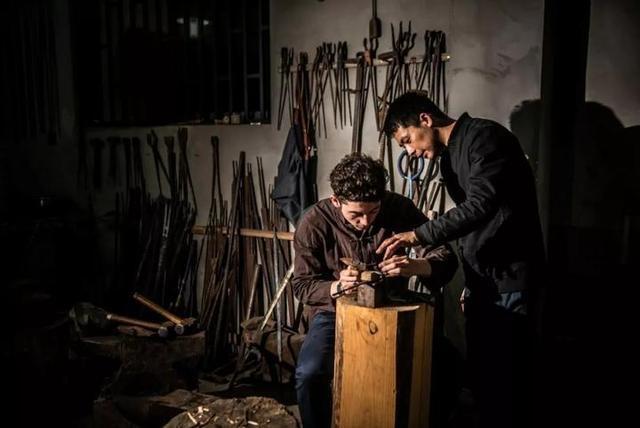 Afterwards, Zha Changwei gradually passed on the sword casting process to him. In the spare time, Milan would make some gadgets. Zha Changwei said that after some time, he found Milan was excellent at understanding and cultivated Milan to be a successor of this skill, helping him truly understand Longquan's sword casting culture.

Milan is still studying in the Communication University of Zhejiang, and comes to Longquan to study sword casting every weekend or holiday. In addition to posting videos about his daily study on the internet, Milan plans to translate his master’s online store into English and Russian and get it accessed to overseas media, better promoting Chinese culture and the intangible cultural heritage of Longquan sword to go global. Milan said that he would continue to study in China and work hard to become an outstanding master in sword casting.