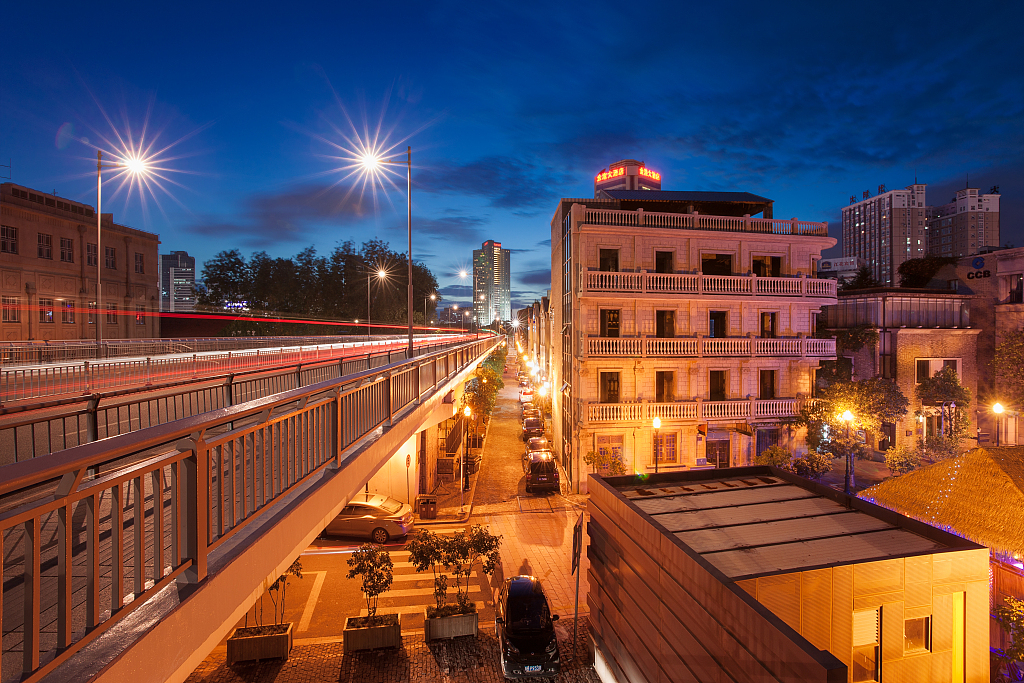 Situated at the junction of three rivers, the Old Bund of Ningbo has been a prosperous business port since the Tang (618-907) and Song (960-1279) Dynasties and was developed into a British treaty port in 1844 after the First Opium War. Ningbo's Old Bund is one of China's earliest bunds, where British and Dutch traders used to live and is allegedly twenty years older than the one in Shanghai.

The Old Bund has seen the development of Ningbo and highlights Ningbo’s character. Examples of the European style of architecture still stand around the Old Bund, which tells us the long and tortuous story of Ningbo. With the construction of new buildings, the Old Bund has merged the city's history and modern development and  has become a fashionable landmark of Ningbo.

The Old Bund contains all the necessary conveniences, including city exhibits, international hotels, exotic restaurants and assembly halls. The brand new Ningbo is lively, full of bars, cafes and restaurants, which combine cuisine, entertainment, leisure, shopping and tourism. The Bund area is peaceful during the daytime and strolling in Taodu Park to feel the livingly city is quite an unforgettable experience. At night time, the pubs, dance clubs, shops are a favorite spot for visitors from home and abroad. Some of the must-visit pubs and restaurants around the area are Le Cargo (French bar), Shamrock (Irish, for genuine Guinness), and the friendly LBB.