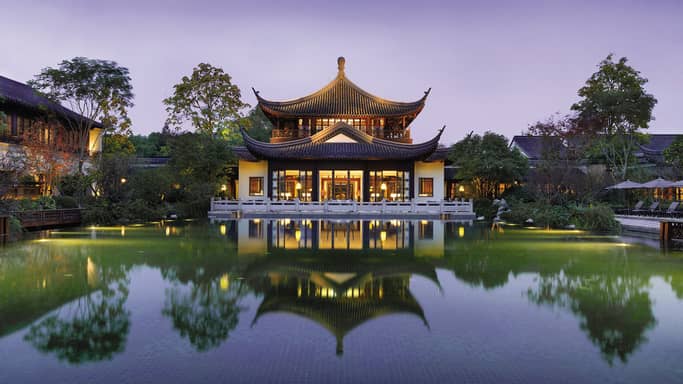 In the midst of grand Chinese gardens, striking pagodas and ancient temples in Hangzhou’s historic West Lake district, Four Seasons Hotel Hangzhou at West Lake could easily be mistaken for being a longtime fixture in the city. It blends into the landscape with its traditional Jiang Nan architecture — black-tiled-roof, pagoda-style pavilions that look out on a bamboo forest, gardens and lily-strewn ponds.

The lush, peaceful greenery surrounding the Four Seasons separates you from buzzing Hangzhou, just on the other side of the road. And while the hotel is just 45 minutes from Shanghai (albeit via high-speed train), it couldn’t feel more different from the big city. But the luxury hotel was newly built when it opened in 2010.