Located in Hangzhou, east China's Zhejiang Province, Jiande, with a history of more than 1,800 years, lures flocks of tourists with its well-preserved ancient defensive walls and architecture. 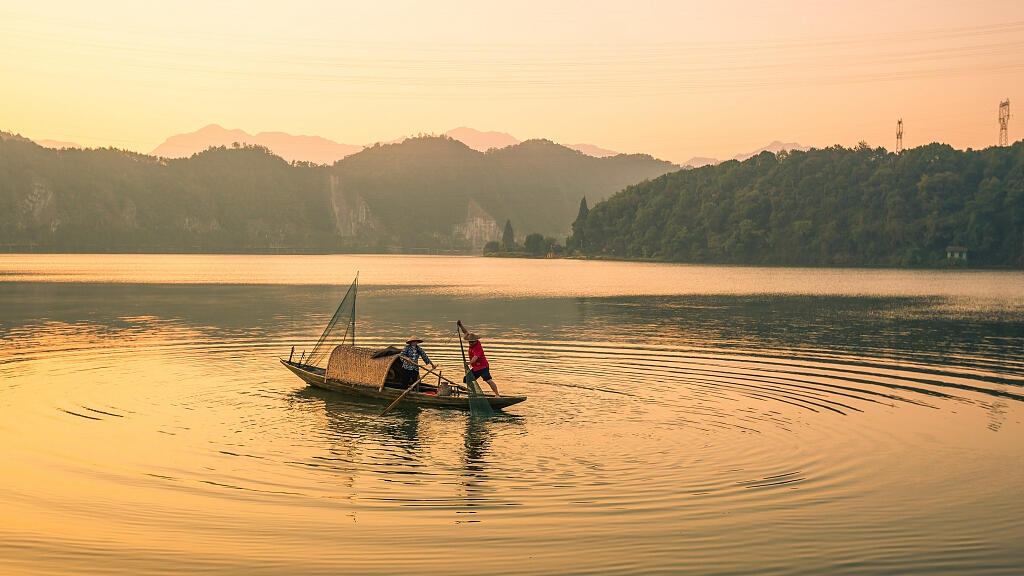 During this year's week-long National Day holiday, the number of visitors to Jiande reached 100,000, a substantial increase from the previous year. This is largely due to the environment-upgrading project launched in the past years. So far, 71 new public restrooms have been constructed with 13 wet markets renovated, 14 new gardens and parks built, and 64 parking lots added to the towns.

Old wells, pavilions, temples, folk houses, stone bridges and archways are further protected to revive the vintage ambiance of the town. The former residences of local notables have been renovated to attract aficionados of history. Time-honored brands and outlets have been rejuvenated to attract younger visitors.

It's said that Jiande has three treasured things: Hot springs, oranges, and strawberries. The Xin'an River hot spring is a natural sulfur spring that gushes out 1,500 cubic meters of hot water every day, that is rich in micro elements and good for beauty and health.

By late October until early December, the local village of Sandu has a huge orange harvest and offers orange picking tours of its trees spreading over 18 square kilometers of orchards.

Hard upon the heels of the orange harvest comes the strawberry harvest from mid-December to the following April in neighboring Yangcunqiao Village. More than 30,000 tons of strawberries are ripe for the plucking.