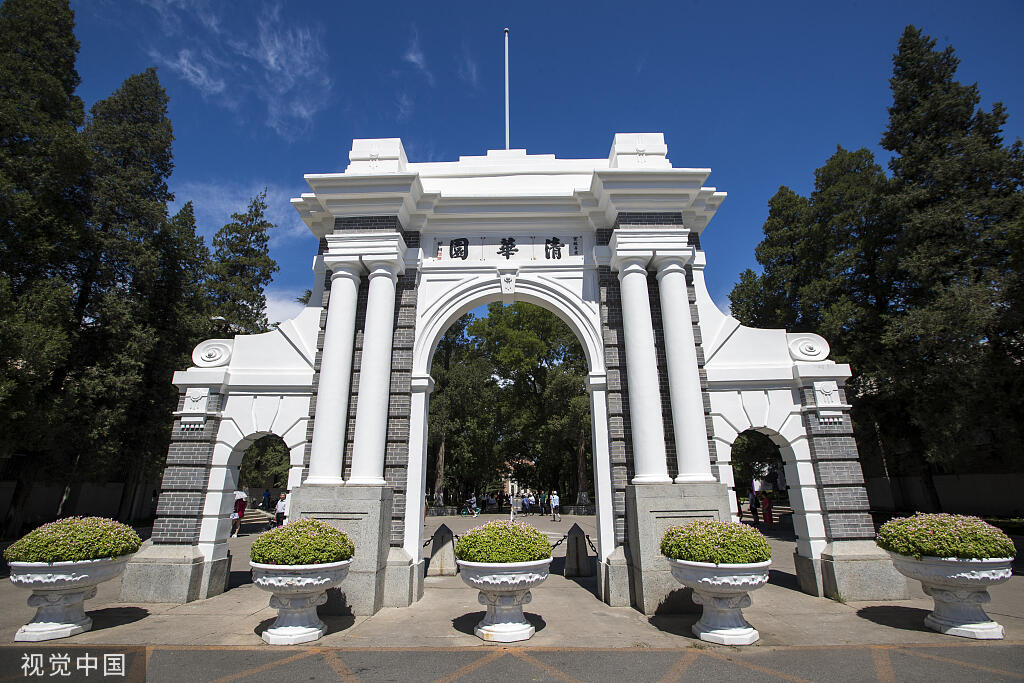 Tsinghua University is seen in Beijing on August 27, 2019. (Photo/VCG)

Chinese institutions of higher learning are on the rise in global university rankings, as the country strives to elevate a number of them to world-class status.

In the 2022-2023 Best Global University Rankings published recently by US News& World Report, 338 Chinese universities were among the schools listed, exceeding the 280 listed for the United States, 105 for Japan and 92 for the United Kingdom. The new rankings include 2,000 universities from more than 90 countries.

It is the first time that China had more universities in the rankings than the US. However, the majority of US universities appear in the top half of the rankings, including eight of the top 10.

Among the top 10 schools for artificial intelligence, five were from China, including Tsinghua University, the No 1. Carnegie Mellon University ranked 12th in the sector, making it the best US university for AI research.

According to the Times Higher Education World University Rankings 2023, seven universities from China were ranked in the world's top 100, up from six last year.

Xiong Bingqi, director of the 21st Century Education Research Institute, said universities should not be too preoccupied with rankings. Experts have also cautioned that university rankings are based on evaluation standards that differentiate and that universities and people should view them more objectively.

Nevertheless, Chinese universities have put great emphasis on academic research, which is more of an issue in the evaluation of world university rankings, and have achieved progress in rankings, Xiong said.

Chinese universities should also focus on nurturing top-notch students to achieve the goal of creating "world-class universities with Chinese characteristics", he said.

Chen Zhiwen, editor-in-chief of the online education portal EOL, said none of the rankings are perfect and they cannot reflect the overall situation and strength of universities.

The Chinese government has advocated getting rid of an overreliance on the number of papers and academic titles in the evaluation of universities, while putting more emphasis on training students.