China's GDP up by 3.9% year-on-year in the third quarter 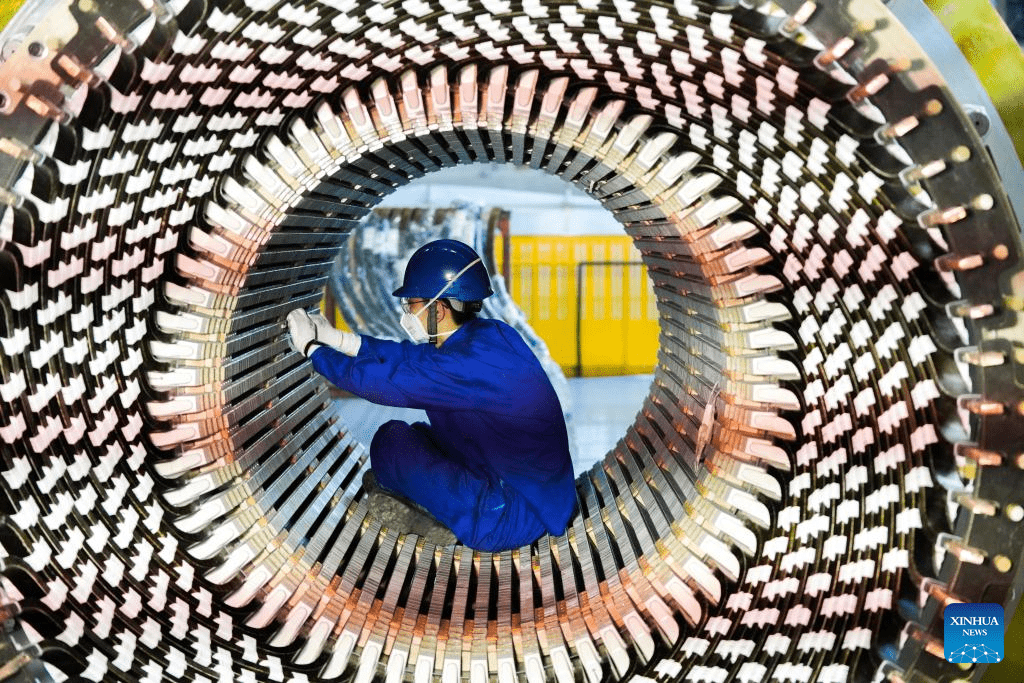 China's gross domestic product grew by 3.9 percent year-on-year in the third quarter, up from 0.4 percent in the second quarter, posting a steady rebound despite factors beyond expectations, the National Bureau of Statistics said on Monday.

In the first three quarters, China's GDP grew by 3 percent year-on-year to 87.03 trillion yuan ($12 trillion), up from 2.5 percent rise in the first half, the bureau said.

Figures released by the NBS showed China's value-added industrial output, a gauge of activity in the manufacturing, mining and utilities sectors, grew by 6.3 percent in September from a year earlier after a 4.2 percent rise in August.

In the first three quarters of the year, value-added industrial output grew by 3.9 percent compared to the same period last year, while in the first half, it rose by 3.4 percent from a year earlier.

Retail sales, a key measurement of consumer spending, grew by 2.5 percent year-on-year in September, from the 5.4 percent growth in August.

In the first three quarters, retail sales rose by 0.7 percent compared to the same period last year, while in the first half, they declined 0.7 percent from a year earlier.

Fixed-asset investment – a gauge of expenditures on items including infrastructure, property, machinery and equipment – rose by 5.9 percent year-on-year in the first three quarters, up from 5.8 percent in the first eight months of the year.

In the third quarter, fixed-asset investment grew by 5.7 percent compared with a year earlier, while in the second quarter, it jumped 4.2 percent year-on-year.

The surveyed urban jobless rate came in at 5.5 percent in September from 5.3 percent in August, according to the NBS.

Despite the improvement in key economic indicators, China will make a big push to implement existing policy measures to consolidate the foundation for economic recovery, the NBS said.