Community offers a glimpse into future of common prosperity 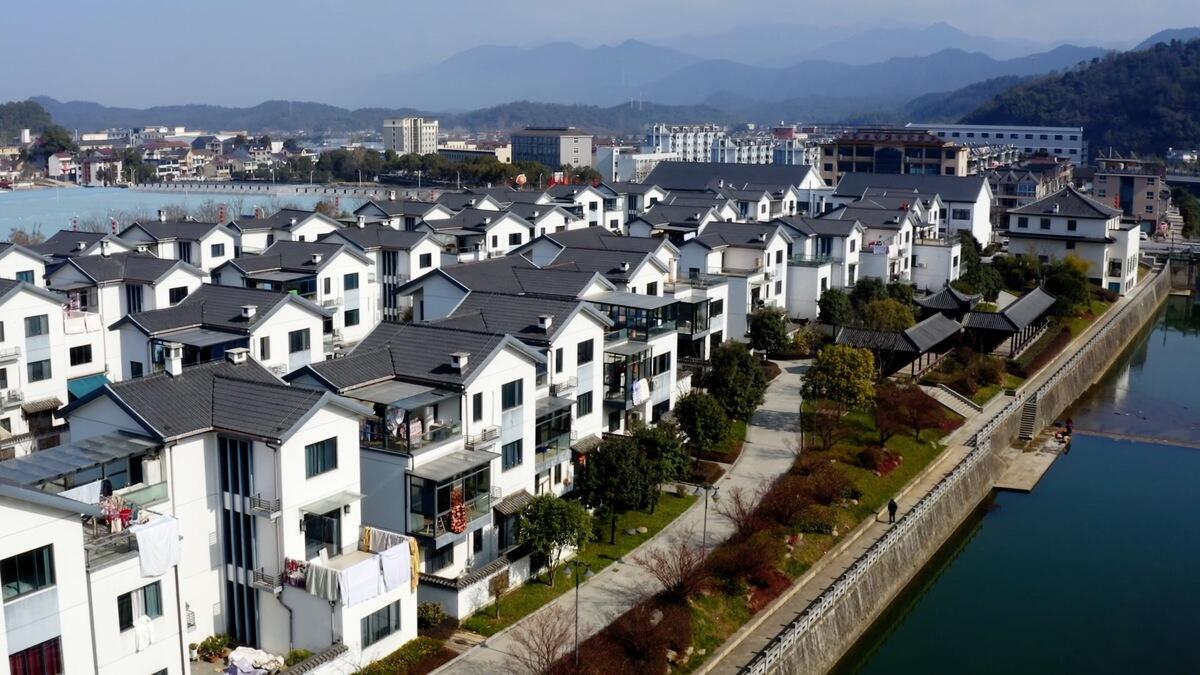 Anren community in Jiande city of East China's Zhejiang province is not big but is very special.

It was established in June 2021, about one month after the province was designated by the central authorities as a demonstration zone for common prosperity.

It consists of the eponymous Anren village and five other less well-off villages nearby. The grouping allows the six villages to share resources and develop jointly.

The six villages put their 3,700 mu (250 hectares) of land together so that the land could be planned and developed as a whole.

For example, they have jointly developed a strawberry farm of 400 mu for rental, among which 60 mu are contracted to low-income farmers.

These low-income farmers will receive technical support as well as sales help from larger planters to ensure their incomes.

As for industrial development, a production base of coating giant Nippon Paint has settled down in Anren.

Though located in Anren village, the job opportunities at the base are open to all people in the community.

Jin Yu from Houshan village is one beneficiary. He used to work in the e-commerce industry in a city and returned home to join Nippon Paint. Now he earns a monthly income of more than 10,000 yuan.

Once fully operational, the base is expected to offer jobs to more than 300 people.

Other businesses, such as homestay tourism and a mini-industrial park, have also been tapped to increase the overall welfare of the community.

"To achieve common prosperity, fundamentally, we need to make the cake bigger, while at the same time share it fairly," said Li Shi, dean of the Institute for Common Prosperity and Development at Zhejiang University.

"This makes it easier for children to go to school and for the elderly to see doctors," Wang said.

The houses were built by Anren village and allocated to those in need in the community. More than 200 households, including Wang, have made the move. Public service facilities, including a senior care center, have been built for all people to enjoy equally.

At the canteen of the care center, senior citizens from the six villages enjoy an abundant meal that costs no more than 5 yuan ($0.7). Patrons over 90 pay nothing at all.

The canteen is partly funded by regular donations from local enterprises as well as charitable villagers.

Anren community offers a vivid example of what China is aiming for after eradicating absolute poverty.

Li said that over the past decades since the reform and opening-up, China has realized rapid economic growth by giving better play to the role of market economy and encouraging entrepreneurship.

While sticking to these successful practices, China is exploring how to share the benefits of economic growth in a fairer manner, Li said.

He said China should invest more in basic public services in rural areas so as to bring them on a par with their urban counterparts.

Meanwhile, low-income groups should be educated and trained to have better opportunities of development, Li said.

"Education, particularly that of the rural poor, is an essential part of ensuring against relapse," he said.

Hope is optimistic about the prospect of China's common prosperity pursuit.

"In just two generations you can make a country that's by any definition desperately poor into a country that's moderately prosperous. That should give everybody confidence you can move in the era of common prosperity," Hope said.