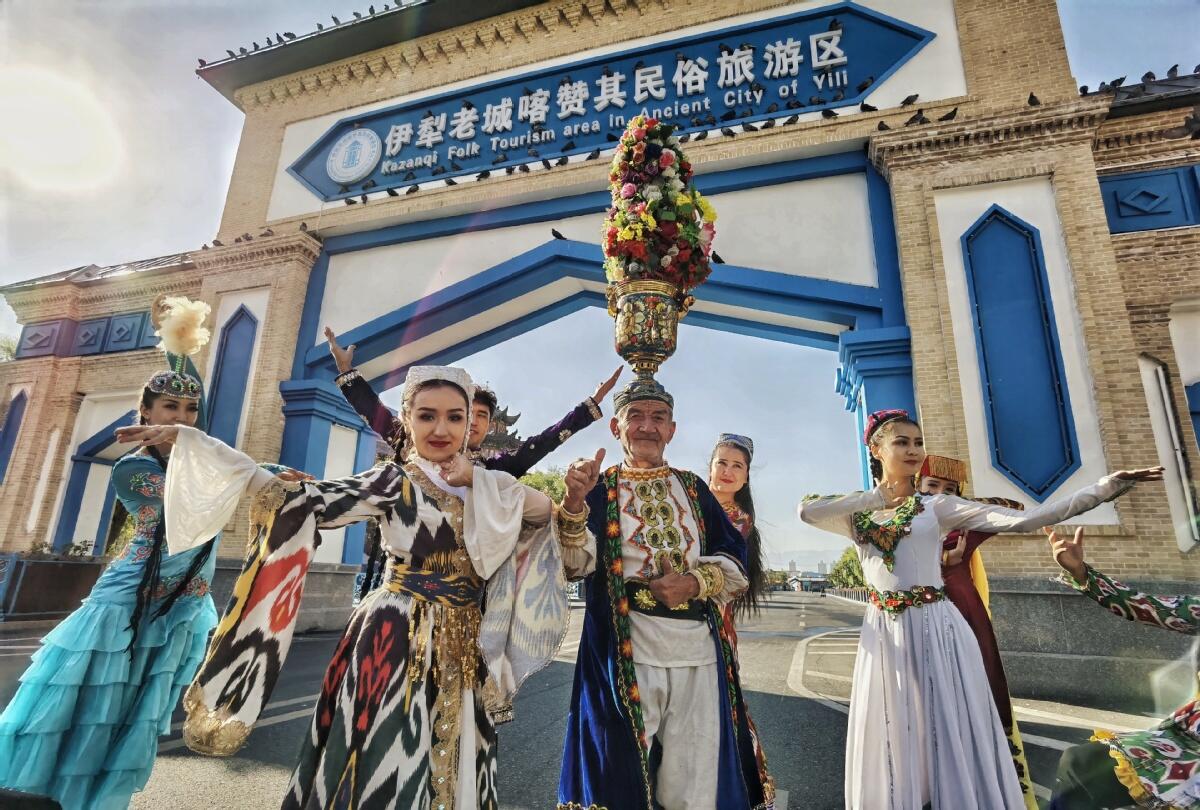 China has attached great importance to improving the livelihoods of people from different ethnic groups and their human rights since 2012. Attempts to use ethnic and religious issues to create conflict in China will never succeed, said the deputy director of a Chinese association for promoting exchange in ethnic affairs.

In recent years, the United States and some other Western countries have worked closely with ethnic separatist forces to cook up a series of lies about China's ethnic affairs including that the Chinese government intends to wipe out ethnic cultures in the Xinjiang Uygur, Tibet and Inner Mongolia autonomous regions, Yang Yucheng, deputy director of China Ethnic Minorities' Association for External Exchange, said on Thursday.

"Their goal is to stir up ethnic and religious issues to create conflicts in China. Such attempts are doomed to fail as people from different ethnic groups understand that they all belong to the community of the Chinese nation," Yang said at an online side event of the ongoing 51st session of the United Nations Human Rights Council on China's efforts to protect the development of people of different ethnic groups.

In fact, people from areas with large ethnic populations have all been lifted out of poverty while continuous efforts have been made to protect their cultures and languages. Furthermore, the central government will increase support to those areas in the process of rural vitalization, Yang added.

In October 2019, Kiryl Rudy, a professor of economics at the Belarusian State Economic University and former ambassador of Belarus to China, said that he had spent some time with people from the Miao ethnic group in the Guangxi Zhuang autonomous region and learned about China's moves to help locals achieve high-quality development.

Through infrastructure projects, such as airports, high-speed railways, highways and 5G telecommunication networks, people from the Miao ethnic group have been brought closer to major markets. This also helps attract big companies to regions with large ethnic populations, Rudy said.

"Also, you can't take minorities from self-employment in low-productive services and agriculture industries without proposing something better for them in exchange. Industrial parks and special economic zones could be an answer to upgrade the business climate and industrial base in underdeveloped territories," Rudy said.

Jiang Wei, a researcher at the China Institute for Vitalizing Border Areas and Enriching the People, said that since November 2021, all villages in China, including those in border areas with large ethnic populations, have had access to broadband services.

"Improved infrastructure has greatly boosted the development of border areas with large ethnic populations and has improved livelihoods," Jiang said.

From 2016 to 2020, the disposable incomes of people in eight provinces and regions with large ethnic populations have seen average annual growth of 8.7 percent, which is above the national average, Jiang said.