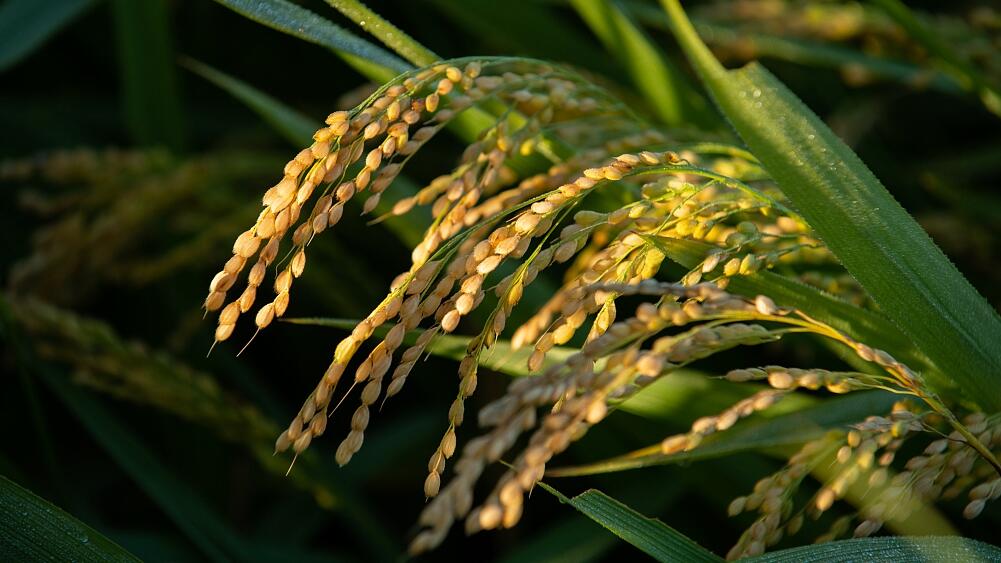 The agricultural sci-tech achievements made by the CAAS have provided strong support for food safety in the country. (CFP)

Over the past decade, the Chinese Academy of Agricultural Sciences (CAAS) has made a series of agricultural sci-tech achievements, providing strong support for the country's food safety, according to the CAAS.

In a summary of its work since 2012, the CAAS said its scientists discovered and cloned the genes that hindered the utilization of rice heterosis for the first time, providing important gene resources and feasible solutions to solve the problem of hybrid sterility in rice.

The discovery of the key genes for the formation of the bitter taste in cucumber fruit is also one of the many key discoveries in crop omics and genetics made by the CAAS.

It has also made breakthroughs in crop pest control and prevention, contributing to national food security.

Focusing on the frequent occurrence of primary diseases and insect pests of major crops and alien invasive organisms, the CAAS carried out theoretical research and engineering system construction of whole chain prevention and control.

It established a real-time monitoring and early warning technology system for fall armyworm prevention and developed a series of key technologies and programs to support the prevention and control of fall armyworm nationwide, which has been recommended globally by the United Nations Food and Agriculture Organization.

Aiming to resolve the degradation of cultivated land and insufficient soil fertility in the country, the CAAS has made major technological upgrades in the monitoring and management of cultivated land, soil fertility and soil improvement. It has built a perception and monitoring system for farmland production and constructed a high-precision digital soil map at a scale of 1:50,000.

Focusing on the country's increasing level of environmental pollution, the CAAS has developed a series of green agricultural production technologies and products, reducing use of pesticides by more than 20 percent and chemical fertilizers by more than 10 percent, and achieving an average increase of 5 percentage points in the country's precipitation utilization rate.

The CAAS has clarified the biological characteristics, genetic evolution laws and public health risks of the H7N9, H5N1 and H5N8 viruses, providing a theoretical basis for the prevention and control of avian influenza viruses.

Over 70 billion doses of the highly effective H5/H7 bivalent inactivated avian influenza vaccine developed by the CAAS have been supplied since 2017.

In order to rapidly detect the quality and safety of agricultural products, the CAAS has developed efficient detection products and technologies for typical pollutants.

It has also cultivated new varieties of high-quality ration crops, rapeseed, vegetables, poultry and beef cattle. The CAAS breeds one out of every three ducks that make it to Chinese dining tables.