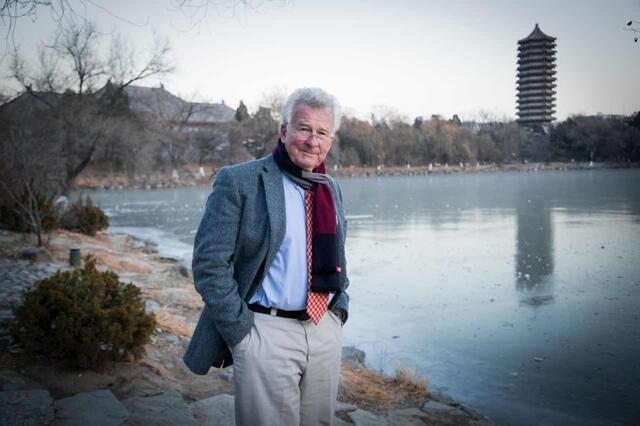 Q: What is your favourite famous saying from The Analects of Confucius, and how do you interpret it?

Q: Why did you choose to study Confucianism, and what sparked your interest?

Q: Even for Chinese people, it is not easy to totally understand the ancient classics of philosophy today, but you have been obsessed with studying this field for many years. Have you encountered any difficulties during your studies?

A: China has over 5,000 years of culture. And you spend a lifetime studying the classics, studying philosophy as it has been remembered in these classics. Even after a lifetime, you're simply a beginner because there is so much in the tradition. I don't see myself as being an expert in Confucianism. What I see myself as is somebody who has discovered something very important in Confucianism, and someone who thinks that this way of thinking about what it means to be a human being has value in the contemporary world.

Q: What spiritual value do you think Confucianism will bring to the future world?

A: I think that Confucianism has a family-centred sense of what it means to be spiritual, and when I see my Chinese friends going home on New Year's Eve to spend one week, or two weeks with their family, cultivating their relationships, remembering their teachers, meeting their neighbours, and eating the food in their home - that this is a very spiritual occasion in the Chinese tradition. So, I think that Chinese spirituality, rather than being God-centered, is family-centred. It has to do with family, and it has to do with ancestors.

Q: You have been engaged in the study of comparative philosophy between the East and West for many years. Has Chinese philosophy influenced your personal philosophy on life?

A: I think that if you study Confucian philosophy and it doesn't change your persona and the teachings of Confucius are directed at a kind of personal discipline that requires us to pay attention to our roles and relationships in our families, in our classroom, in our community. And the outcome of Confucianism is to become "仁" (humanity or benevolence), and to become "仁者" (the benevolent) is to transform yourself.

Q: What new views will you bring to this year's Nishan Forum?

A: I've been working on something new over the past year that I want to present at the Nishan Forum to inform people that what the world needs right now is a minimalist, bare-bones morality.

What we need is a way of thinking and living that brings people together, which is one of the contributions of the Confucian tradition that has held it together for 4,000 years. This vast population of China is based on the notion of xiao, or filial piety and the notion of family. And do I think that China is a historical example of a cultural tradition that has been able to retain its identity by focusing on family values? I think that most human beings in the world have been distracted by a kind of liberal individualism and that we have to return to the family feeling as our minimalist morality.