Mainland a favorable destination for students from HK, Macao, Taiwan 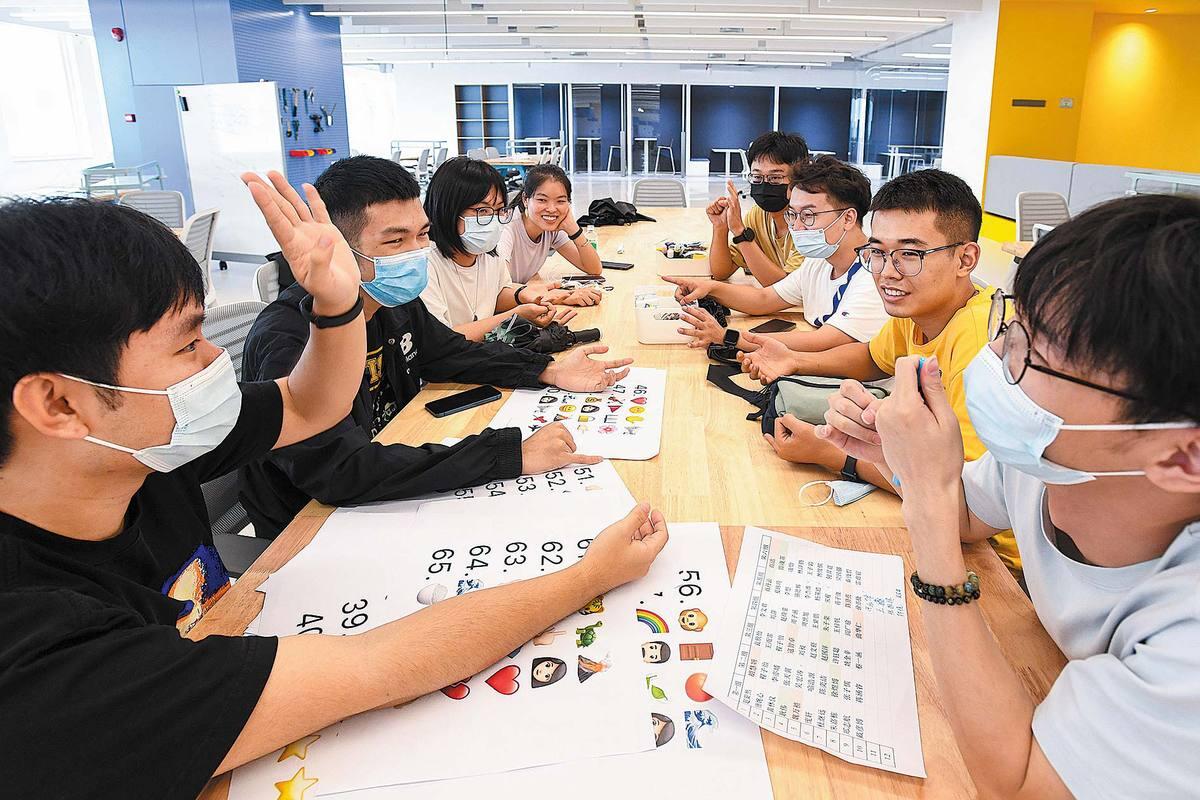 The Chinese mainland remains the most favoured education destination for Hong Kong and Macao students, and more Taiwan students have come to the mainland to study, the Ministry of Education said on Tuesday.

Liu Jin, director of the ministry's Office of Hong Kong, Macao and Taiwan Affairs, said a total of 79,000 students from the three regions had enrolled as freshmen at mainland universities over the past decade.

There were 38,200 students from the three regions studying at mainland universities last year at all grade levels, up 51 percent from 2012, Liu said at a news conference on achievements made in education exchanges and cooperation between the mainland and the regions since the 18th National Congress of the Communist Party of China in 2012.

There are 2,593 pairs of sister schools between the mainland and Hong Kong and Macao kindergartens, primary and secondary schools, while nearly 100,000 university students and teachers from the special administrative regions have participated in exchange programs with the mainland, she said.

Furthermore, the ministry has launched more than 1,300 exchange programs with Taiwan, and more than 60,000 Taiwan students and teachers have visited the mainland through these programs over the past decade, Liu said.

The ministry will continue to promote education cooperation and exchange between the mainland and the three regions to help their young people better contribute to national development, she added.

The Hong Kong University of Science and Technology (Guangzhou), operated by Guangzhou University and the HKUST opened this month, she said via video link.

Kong Chi Meng, director of the Macao Education and Youth Development Bureau, said the region has engaged in a wide range of education exchange activities with the mainland, helping Macao schools, students, teachers and parents to gain a better understanding of the national history and the state of the nation today.

Lin Heping, director of the Fujian Education Department, said as a close neighbor of Taiwan, education cooperation between Fujian and Taiwan has a long history and has produced fruitful results.

In the past 10 years, more than 8,000 Taiwan students have studied at universities in the province and Fujian universities have signed cooperation agreements with 118 Taiwan universities, he said.

By setting up employment, entrepreneurship and internship bases for young people from Taiwan, the province has attracted 36,000 Taiwan students to work and start their business in the province, he added.