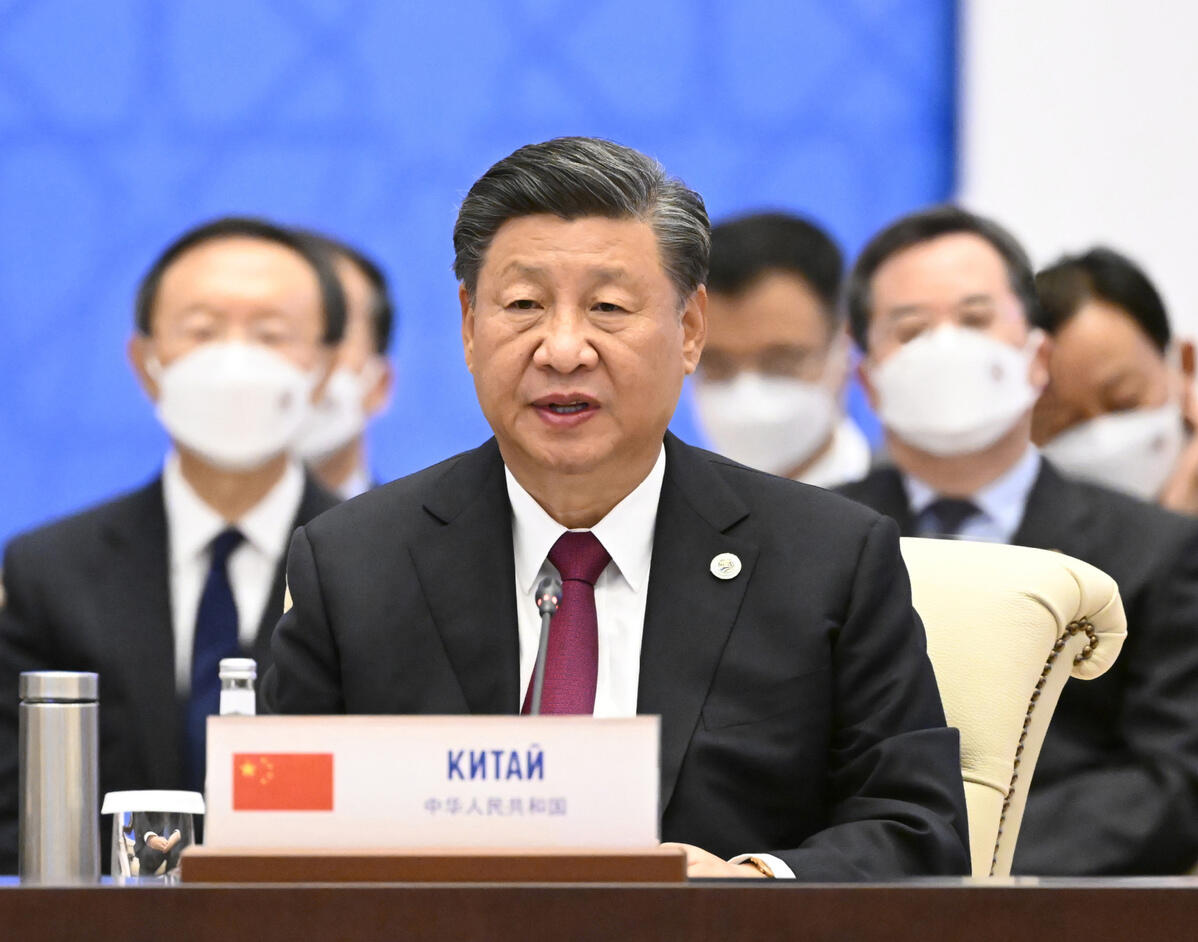 President Xi Jinping makes remarks while attending the 22nd meeting of the Council of Heads of State of the Shanghai Cooperation Organization (SCO) at the International Conference Center in Samarkand, Uzbekistan, Sept 16, 2022. (Photo/Xinhua)

In just three days and two nights, President Xi Jinping made a whirlwind tour to Kazakhstan and Uzbekistan and attended nearly 30 official events, achieving what officials and scholars are calling "a major diplomatic action directed at the Eurasian continent".

Observers described the choice of Central Asia for Xi's first trip abroad since the outbreak of the COVID-19 pandemic as a strategic step China has taken to advance cooperation, security, development, openness, mutual trust and respect among regional countries and beyond.

At the end of the 48-hour travel, State Councilor and Foreign Minister Wang Yi said President Xi's trip had given "a boost to the expansion pace of the SCO and ...successfully steered China's relations with the countries involved to new levels".

The visit "will add more vitality to the Silk Road connecting the Eurasian continent and add more stabilizing factors to the international and regional situations, which are at a key juncture", Wang added.

Through the concerted efforts of Xi and other leaders, the SCO summit, which concluded on Friday, adopted over 40 outcome documents.

On behalf of China, Xi also announced a number of plans of action, such as establishing a China-SCO base for training counterterrorism personnel and hosting a forum on industrial and supply chains, he added.

"These tangible measures meet the needs of various countries and show that China not only proposed the Global Development Initiative and the Global Security Initiative, but also carried out the initiatives with real actions," Wang said. President Xi Jinping arrives in Samarkand to pay a state visit to Uzbekistan and attend the 22nd meeting of the Council of Heads of State of the Shanghai Cooperation Organization (SCO), Sept 14, 2022. At the airport, Xi was warmly greeted by Uzbek President Shavkat Mirziyoyev, Prime Minister Abdulla Aripov, Foreign Minister Vladimir Norov, Governor of Samarkand region Erkinjon Turdimov and other high-level officials. (Photo/Xinhua)

Wang said the summit once again demonstrated the vitality, unity and charm of the Shanghai Spirit, and the group's expansion is living proof that the SCO is not a closed and exclusive "small circle", but an open and inclusive "big family".

Xu Bu, president of the China Institute of International Studies, dismissed some Western analysts' calling the SCO the "NATO of the East", saying that "such a definition is misinterpreting, and even smearing the SCO".

"The SCO pursues no alignment, no confrontation and no targeting of any third party, making it a comprehensive regional grouping that covers the largest land area and amount of people in the world," Xu said.

"The grouping is open and inclusive, and its expansion will boost its participation in global and regional governance. Also, most SCO members are developing countries, and economic development is their top priority, so their collaboration aims at common development," Xu added.

Arhama Siddiqa, a research fellow at the Institute of Strategic Studies Islamabad in Pakistan, said that this year's summit was "the first in-person meeting" of the post-pandemic era.

"The fact that President Xi chose the SCO platform for his international trip shows how much importance he attributes to the organization and simultaneously to the Central Asian republics, especially in terms of building infrastructure globally and increasing connectivity and trade," she said.

Sourabh Gupta, a senior fellow at the Institute for China-America Studies in Washington, said as the SCO becomes a melting pot of human exchanges and interactions, "it is also becoming a pool of attraction much beyond the region".

"That's why we're seeing so many observer states at the SCO," he said.

Defense is still an important focus of the SCO with regard to dealing with extremism, terrorism and separatism, and the organization strives to ensure that those forces are completely squashed and don't rise again, he said, adding that "the SCO has moved from this defensive focus ... and has a very positive agenda of indivisible multilateral cooperation".

"The SCO has huge promise. It is showing that promise, and it has become a pool of attraction within the international system," he said. During Xi's state visits to Kazakhstan and Uzbekistan, before the SCO summit, China signed nearly 30 bilateral cooperation documents with the two countries, covering a wide range of fields, such as finance, water conservancy, digital economy and green development.

State Councilor Wang said that Xi's state visits to Kazakhstan and Uzbekistan, and the two host nations' great hospitality, "fully demonstrate the high level and uniqueness of China's relations with the two countries, as well as the close friendship and great mutual trust between President Xi and the two heads of state".

Wang noted that during the tour, China and the two neighbors reached wide-ranging consensus on the future direction and priorities of cooperation.

They agreed to continue to engage in high-quality Belt and Road cooperation, speed up the alignment of development strategies and promote pragmatic cooperation in the fields of trade and economy, energy, railways and connectivity, he said.

"Also important to mention here is that almost nine years ago, in 2013, Kazakhstan was the place where the Belt and Road Initiative was officially announced," said Arhama Siddiqa, the Pakistani scholar.

Xu, the China Institute of International Studies president, said Kazakhstan is a key country taking part in jointly building the Belt and Road and a good neighbor geographically connected to China.

"The improved bilateral ties not only offer staunch support to the two countries' development and prosperity, but also inject dynamism into the region's peace and stability," he said.

Sabohat Hashimova, director of the China-Uzbekistan Scientific Research Center at Tashkent State University of Oriental Studies, said the BRI proposed by Xi plays an important role in the development of China-Uzbekistan relations.

"The significance of the BRI is that it benefits not only Uzbekistan or China, but all involved countries.

"The good cooperation between Uzbekistan and China in various areas will be a supplement and guarantee to the development of friendly ties between the two countries and the two peoples," she said.

Jan Yumul in Hong Kong, Yifan Xu in Washington and Ren Qi in Tashkent contributed to this story.