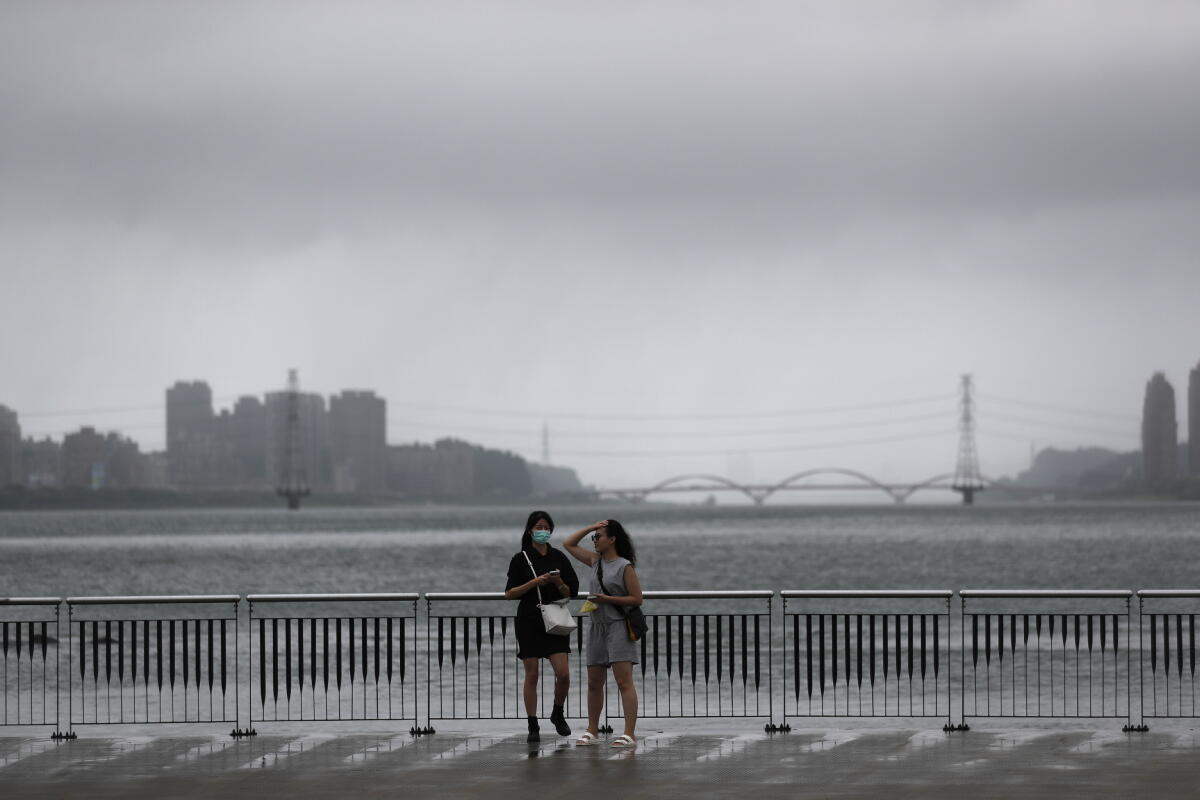 As Typhoon Hinnamnor approached China's eastern coastal areas on Sunday afternoon, it was reclassified as a super typhoon, and the emergency response was raised to Level III, the third highest in the four-tier national system, on Saturday.

The 11th typhoon this year has resulted in heavy rain and wind, closing schools and passenger liners.

Heavy rainfall had already hit Ningbo and Shaoxing in Zhejiang province by Sunday and over the course of the following 36 hours, the typhoon is expected to batter coastal areas, according to the National Meteorological Center.

Ningbo's education bureau mandated the suspension of classes at all primary and middle schools and kindergartens in the city on Monday, with the strength of the typhoon to determine the duration of the suspension. Elsewhere in the province, the Wenzhou and Zhoushan education departments issued similar notices.

Starting Sunday, the Shanghai Passenger Steamship Company suspended all routes except for the Changheng ferry.

The typhoon was centered about 340 kilometers off the coast of Zhoushan city on Sunday afternoon and is moving northward at a speed of about 20 kilometers per hour, with rising intensity, the center said.

Water vapor flowing toward northeastern provinces, including Jilin and Heilongjiang, is forecast to bring heavy rainfall in its wake.

Zhang Ling, the center's chief forecaster, said that chances are slim that the typhoon will make direct landfall in China, but that strong rain and wind will still affect coastal areas.

"Sea temperatures and atmospheric heat conditions are favorable to the typhoon growing larger and so it is dangerous to be operating at sea," she warned.

Work teams have been dispatched to Zhejiang and Jiangsu to assist in typhoon response work, said the State Flood Control and Drought Relief Headquarters.

It suggested that vessels should shelter in harbors, and advised affected areas to take measures to prevent flooding and other disasters.

A storm surge is expected from Sunday to Monday, with water forecast to rise from 60 to 180 centimeters along the coast of the Yangtze River estuary and Hangzhou Bay, the Ministry of Natural Resources said.