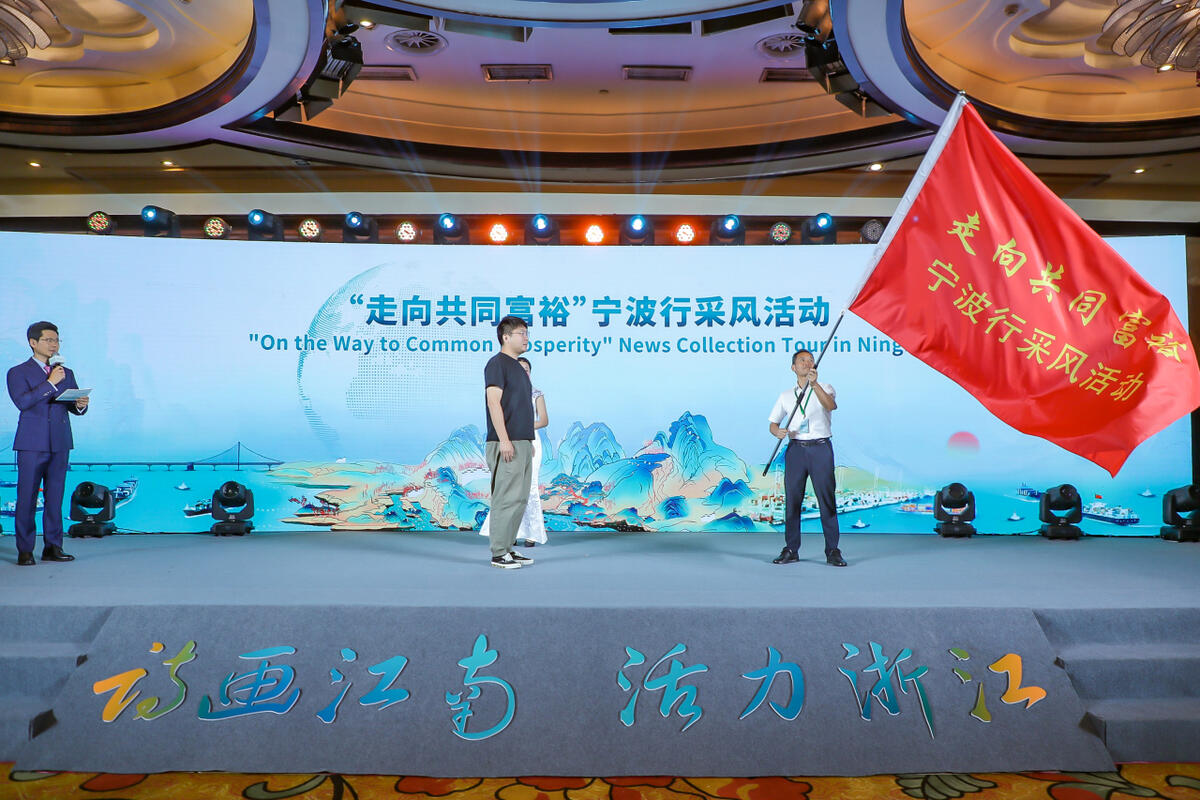 On June 21, an international campaign was launched by Zhejiang province to promote its new provincial brand “Picturesque and Vigorous Zhejiang”, which was raised at the 15th CPC Zhejiang Provincial Congress in June.

The event was kicked off in Yinzhou district of Ningbo, a historic port city that sits at the mid-point of the Chinese coastline, towards the south of the Yangtze River Delta. A total of 200 guests including officials, media representatives, expats and social media influencers joined the launching ceremony.

Zhejiang province, an eastern coastal province of China, is widely known as the birthplace of CPC and is commonly regarded as one of the wealthiest provinces in China as well as a place with a perfect combination of traditions and modernity.

Regarding all the impressions and interpretations of Zhejiang, the new provincial brand “Picturesque and Vigorous Zhejiang” was, therefore, proposed by the public and leadership of Zhejiang at the 15th CPC Zhejiang Provincial Congress in June, aiming to raise the profile of Zhejiang across the globe and to expand the companionship within the international community.

“The brand embodies both the history and the future, both the culture and landscapes of Zhejiang,” said Zhao Lei, deputy director of the Publicity Department of the CPC Zhejiang Provincial Committee, when addressing the launch ceremony, “It shows the important role that Zhejiang is taking as a ‘window’ to the world and its efforts to become a demonstration zone for common prosperity.”

For the purpose to build a more inclusive and globally-recognized provincial brand, the event has engaged representatives of global media outlets from the United States, Australia, Austria, Portugal and many other countries around the world inviting them to jointly discover the beauty and progress of Zhejiang.

As scheduled, a global short video competition on the theme of “Picturesque and Vigorous Zhejiang” is due to start soon. Two specific topics - common prosperity and Asian Games - will be included in this year’s competition.

As part of the campaign, teams of media veterans, social media influencers and vloggers will visit some of those famous local scenic spots in Ningbo, so as to gain more field experiences and feelings about Zhejiang’s rural development and the progress of the built-up of “future communities”, a concept innovated by Zhejiang that focuses on the construction of communities with a harmonious combination of technologies, modernity and humanity.