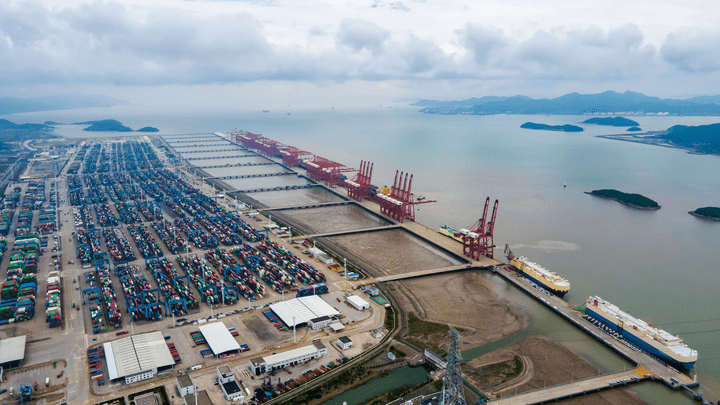 China's latest commitment to expanding high-level opening-up is expected to reassure foreign investors of the nation's promise to relentlessly open its door wider and share development dividends with the rest of the world despite the rising tide of protectionism in some countries.

In a virtual keynote speech to the opening ceremony of the BRICS Business Forum held on Wednesday, President Xi Jinping said that China will continue to pursue opening-up of higher standards, develop new systems for a higher-standard open economy, foster a business environment that is based on market principles, governed by law and up to international standards.

In an article published on Wednesday in People's Daily, He Lifeng, head of the National Development and Reform Commission, wrote that Xi Jinping Thought on Socialist Economy with Chinese Characteristics for a New Era makes it clear that expanding opening-up in an all-around manner is an important "magic weapon" for China's economic development.

"We must firmly implement the basic State policy of opening-up to the outside world, build new systems for a higher-level open economy, promote the high-quality development of the Belt and Road Initiative, and push for an economic globalization that is more open, inclusive, balanced and beneficial to all," he wrote.

Experts said the unfaltering commitment to opening-up is underpinned by the nation's efforts to propel high-quality development and reinforce the confidence of foreign investors in the world's second-largest economy, which is striving to prevent an economic slowdown.

China announced a guideline in April on accelerating the establishment of a unified national market that is highly efficient, rule-based, fair for competition and open.

It is also accelerating a fresh revision of the industry catalog that encourages foreign investment.

As the world's second-largest consumer market and largest trader in goods, China has signed 19 free trade agreements with 26 economies and established 21 pilot free trade zones and the Hainan free trade port, with items on the national and free trade zone negative lists being respectively downsized to just 31 and 27 items. A negative list refers to special administrative measures prohibiting foreign investment in certain industries or areas.

Chinese authorities have also been making diligent efforts to ease the burdens of foreign enterprises and respond to their demands for an environment that includes improvement in logistics and personnel flows, to ensure their normal operations and stabilize their expectations.

That is in line with the acknowledgment of the decisive position of the market in allocating resources while giving better play to the role of government, a key feature and a fundamental principle of Xi Jinping Thought on Socialist Economy with Chinese Characteristics for a New Era, they said.

"As China pursues high-level opening-up, the nation will greatly break down current monopolies, both administrative and corporate, and further drive the smooth flow of resources and factors for greater vitality," said Guo Liyan, a researcher with the Chinese Academy of Macroeconomic Research.

"Such efforts will effectively meet the needs of both China and the world so that the rest of the world can benefit from the development and growth of the Chinese market, and work together to maintain the stability of global industrial and supply chains as well as the stable recovery of the world economy," Guo said.

Although temporary uncertainties have either postponed or reduced foreign investments over the short term, surveys from foreign chambers of commerce in China showed that most multinational companies regard China as a major market and that more investment is expected to come in the medium to long term.

Sang Baichuan, dean of the Institute of International Economy at the University of International Business and Economics in Beijing, said stable expectations are a fundamental driver for foreign investment.

He expects China to vigorously build a market-oriented, law-based and internationalized business environment, and constantly enhance the protection system for foreign investment.

The company keeps accelerating its footprint in China and will soon have six regional headquarters across the nation to reinforce its presence in the world's second-largest pharmaceutical market.