Why China will stick to decarbonization and sustainable development?

The annual conference of the Boao Forum for Asia (BFA), which brings together Asia-Pacific businesses and governments to promote economic and social development, is upon us. One of the pressing matters for this year's forum is the climate catastrophe.

Plenty of discussions and even more action is needed if we are to meet the Sustainable Development Goals to limit global warming to 1.5 degrees Celsius above pre-industrial levels. To achieve this goal, as set out by the Paris Climate Agreement, global carbon emissions need to be reduced by 45 percent by 2030, from 2010 levels, and net-zero emissions must be reached by 2050. The agreement also requests each country to outline and communicate their post-2020 climate actions, known as their nationally determined contributions.

Unfortunately, as reported in the UN's The Sustainable Development Goals Report 2021, despite a slight downtrend in carbon emissions, due to COVID-19, by December 2020, emissions fully rebounded. Indeed, carbon emissions were 2 percent higher than in December 2019, leading the report to say "the climate crisis continues largely unabated."

Even worse is that the crisis in Ukraine risks greater carbon pollution. Despite the push by Europeans toward green energy, the blocking of Russian natural gas will slowdown the phasing out of coal power while pushing for fuels that will drive up carbon emissions.

Shipping liquefied gas from the U.S. and increasing fracking, to make up for Russia being blocked out of the "free market," clearly isn't healthy for the environmental economy. Indeed, UN Secretary-General Antonio Guterres fears that these actions further endanger the goal of meeting global warming limits.

If one was to conclude that because the developed West falls into arrears so should developing China then one would be mistaken. China has strong social, political, and economic reasons for remaining committed to achieving carbon neutrality and sustainable development. 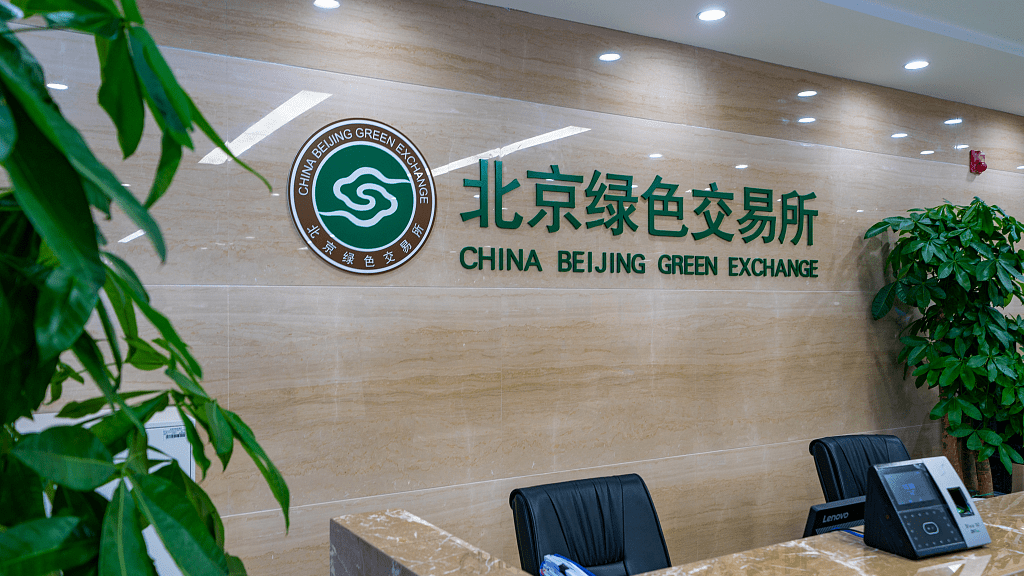 When it comes to politics China's people-centered approach means markets and capital must stay subservient to society as a whole. Previously, profits came at the expense of environmental security which led to the determination to build an "ecological civilization" linking socioeconomic development and the Earth's future to the well-being of the environment.

This is not a Utopian dream. The preservation of humanity and the biosphere, our inseparable global commons, along with the desire for development is the only way. Thus, constructing an "ecological civilization" is pragmatic to the core. For China, it isn't empty rhetoric but a reality in construction. China's afforestation is unprecedented; it leads the world in green energy and transportation, and it has not wavered from its commitment to carbon neutrality.

One may argue that Ukraine has made things tougher for the West. Some have described Europe's actions as a "frenzied bid to kick its addiction to Russian gas." However, Europe will now be even more addicted to U.S. interests and Middle Eastern energy which has been shored up by illegal wars.

At any rate, the Ukraine crisis could have been easily averted with rational diplomacy. Indeed, there is evidence to suggest that the U.S. knew that its interference in Ukraine would eventually lead to conflict. Coincidentally, with the end of Afghanistan, now a new opportunity for arms and fossil fuel profiteering arises while Eurasian cooperation is yet again disrupted, albeit from the Western flank. When one considers that the U.S. military, which has been essential in pushing NATO Eastwards, is the biggest single producer of greenhouse gas emissions, with greater annual emissions than numerous European states, then there is a greater tragedy at play.

With this in mind, what can Europeans learn from China? Firstly, if one wants to achieve carbon neutrality and sustainable development then transatlantic capital that profits from war, disrupts global resources,  and gains from preventing the rise of Eurasia can't be in the driving seat of the state.

In contrast, China is in a process, through the Belt and Road Initiative, of cooperating with the entire Global South. Only through this cooperation can a green future be achieved. For example, China is already building green infrastructure such as rail and it has reduced its reliance on polluting coal due to importing Russian gas. Of course, this means China seeks friendly relations even with neighbors that don't share identical values.

Europe especially could learn from this non-dogmatic attitude for it is they who will suffer the greatest while the U.S. far from Eurasia "sits it out." However, ultimately, even if European states fall into arrears with their environmental pledges, there is a greater logic at play that demands China leads, not follows, and instead creates a green sustainable future based on global cooperation with all partners.

The Global South is still developing. If they develop based on the Western model of high carbon emissions then humanity is doomed to environmental catastrophe and then poverty again. A dark age could ensue and we would have lost the technological capacity to work our way out of it.

As such, the time to act is now. China has the political will and ideology to push against the polluting interests of capital. It has the socioeconomic motivation embedded within the China Dream to build a global ecological civilization and realize shared development based on infrastructure development rather than war profiteering. Importantly, China has a wealth of scientists and experts to create the methods and technology needed for this sustainable future where net-zero carbon emissions are a vital requisite.

24112095
Why China will stick to decarbonization and sustainable development?
19560
NEWS
新闻