Emerging technologies represented by digital technologies are injecting strong impetus into the modernization of China’s agriculture sector and rural areas. During the country’s 13th Five-Year Plan period (2016-2020), all 832 impoverished counties and 128,000 poor villages in China had been lifted out of poverty, and advances in agricultural science and technology had contributed over 60 percent to the growth in the country’s gross agricultural output.

As all existing administrative villages in China have been connected to broadband Internet services, the country has witnessed significant results in the construction of digital villages across the country, as a result of a pilot project launched to promote the integration of digital technologies into the development of agriculture and rural areas.

A number of distinctive brands of rural e-commerce product will be cultivated; Internet culture will flourish in rural areas; and rural digital governance system will be continuously improved, according to the plan.

In an effort to accelerate the development of digital villages, China will further improve new infrastructure in rural areas, tap into the potential of new business forms and models and promote the construction of rural digital governance system. China will not only gather pace in the deployment of facilities concerning 5G, artificial intelligence (AI) and the Internet of Things in rural areas to achieve in-depth integration of digital technology and agriculture, but strive to improve the digital literacy of rural residents.

A document on key tasks for enhancing people’s digital literacy and skills in 2022 issued by the OCCAC and several other government organs proposed improving farmers’ skills in utilizing new digital farm tools.

Only by effectively boosting farmers’ digital literacy and skills can the country truly turn data into new agricultural materials for production and mobile phones new farm implements in rural life.

China’s “No.1 central document” for 2022 unveiled on Feb. 22 specified that the country would implement a campaign to facilitate the development of agriculture and rural areas by promoting digital business and e-commerce in rural areas.

Statistics suggest that the number of rural netizens in China has reached 284 million. Many Internet celebrities from the countryside who share rural cuisine, scenery and daily life with netizens have emerged on short video platforms. While attracting plenty of followers, they have helped promote the sales of local specialties and generate more opportunities for their hometowns.

Thanks to the vigorous development of rural e-commerce, new platforms have been built in rural areas to facilitate the circulation of agricultural products, and farmers have broader channels for increasing their income.

At the same time, rural tourism, smart agriculture and other industries have flourished, motivating a large number of enterprises, university graduates, and rural migrant workers in cities to make innovations and start businesses in the countryside, which has stimulated the potential of rural areas for revitalization. 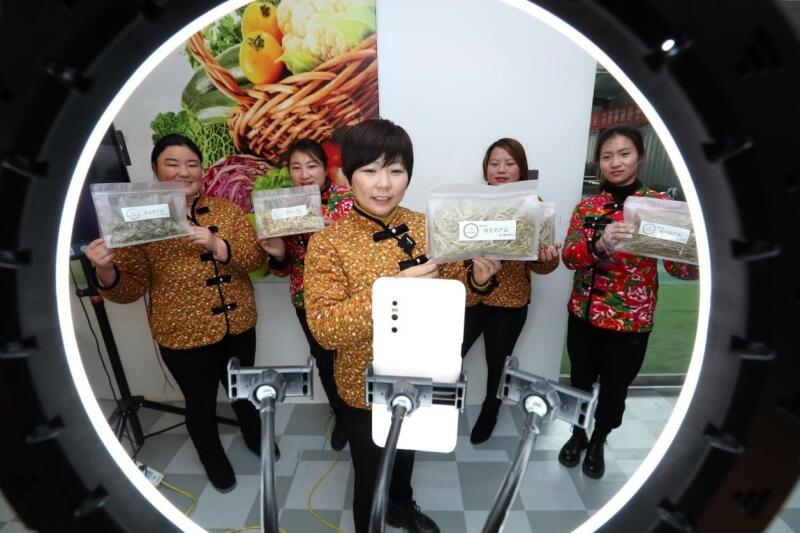 Rural governance in China is marching toward digitalization and precision. By leveraging TV screens and mobile phone screens, digital village platforms in some regions have realized accurate distribution of services and information to households, and brought high-quality resources in such fields as education, health care and agricultural technology to villages, effectively improving the efficiency of grassroots governance.

More than 400 counties in China have set up digital government service entries on Alipay, a leading digital payment platform in the country, allowing citizens to have various government services handled via the platform on their mobile phones, including those related to housing provident fund, social insurance, medical insurance, exit and entry as well as traffic control.

China will further improve the quality and services of digital products oriented to rural areas, and continuously enhance the positive role of high-quality resources in rural governance.