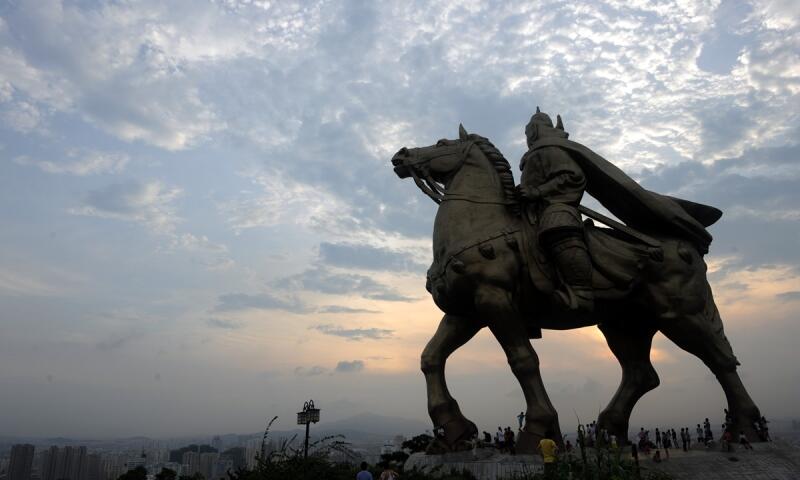 A symposium marking the 360th anniversary of Zheng Chenggong's recovery of Taiwan was held in Taipei, Southeast China's Taiwan, on Sunday. Scholars on both sides of the Taiwan Straits noted that the tribute reiterates that the island of Taiwan is an inherent Chinese territory, highlighting the historical and legal fact that both sides on the Taiwan Straits belong to one and the same China.

Zheng Chenggong, better known in the West as Koxinga, defeated the Dutch colonists and recovered the island of Taiwan after it had been occupied for 38 years. Zheng has been celebrated as a national hero by compatriots on both sides of the Taiwan Straits for more than 300 years.

"The history of Zheng's expulsion of the Dutch colonists to recover the island also provides meaningful inspiration for the completion of national reunification, the maintenance of state sovereignty and territorial integrity, as well as the opposition to separatism today," said Wu Jung-yuan, host of the Cross-strait Peace and Development Forum and Chairman of the Labor Party of Taiwan.

Wu also noted that the mainland's adherence to peaceful reunification is the choice that best serves the wellbeing of compatriots on both sides of the straits and the best interests of the nation.

In the face of the growing trend of so-called "independence," Taiwan must put nation and people first, actively promote the anti-independence and reunification movement and strive for the vitality of peaceful reunification, Wu added.

One of Zheng's greatest contributions to the Chinese nation was to clarify that Taiwan has been China's territory since ancient times and Chinese culture has taken roots in Taiwan, said Chi Chia-lin, Chairman of the Reunification Alliance Party.

Today's China is closer to the goal of the great rejuvenation of the Chinese nation than at any other time in history and reunification across the Taiwan Straits will be a historical necessity, said a participant in the meeting.

Cheng Chao-ming, who is Zheng Chenggong's descendant and Chairman of the Taiwan Zheng Chenggong Cultural Association, said that to commemorate the 360th anniversary of Zheng's recovery of Taiwan, is to promote his great patriotic spirit, resolutely oppose splitting the motherland by means of "Taiwan independence," defend territorial integrity and realize the peaceful reunification and the great rejuvenation of the Chinese nation.

The symposium was hosted by nearly 20 organizations from both sides of the straits and the conference was broadcasted live, with Taiwan youth and students in Beijing invited to listen to the discussion.