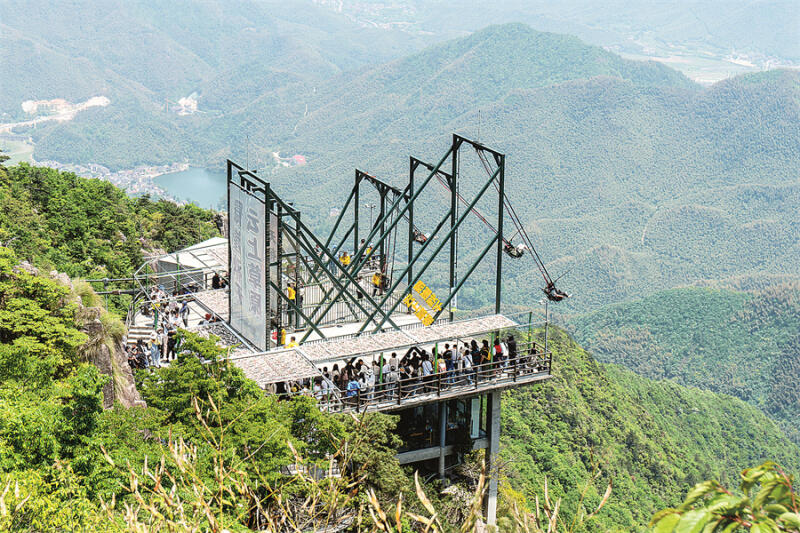 Tourists visit "the grassland over the cloud" in Anji county, Zhejiang province, in May. (Photo by Wang Gang/China Daily)

The eastern province is a demonstration zone for policy support and innovative measures.

Independent tourists heading to Anji county in the eastern province of Zhejiang now have easier access to local travel information and discounted tickets, thanks to Anji Haoqi Travel, an online tourism platform.

Rather than staying at chain hotels like group tourists, independent travelers usually prefer to use premises such as homestays operated by local people.

"Tourists usually ask their lodging hosts for travel advice and ticket information. But tourist sites often only provide discounted tickets to group travelers. In Anji, those lodgings are usually operated by local middle-aged or senior couples, who have less leverage to bargain with tourist sites to gain preferential treatment for their guests," Xu Jiawei, founder of the online tourism platform that focuses on Anji and neighboring areas, told local media.

More than 300 lodging houses and a dozen tourist sites are scattered across the county. Their information has been collected on Xu's platform, which has developed a smart map called the Anji Haoqi Global Tourism Map.

Each lodging house and tourist site has a code on the map, and visitors can scan it to obtain travel and lodging information, as well as coupons for tickets.

Musicians play a concert in Shanchuan, a town famous for its more than 20,000 pine trees, in Anji in November.

Xu, a 29-year-old Anji native and college graduate, discovered the business opportunity when some relatives complained about the information gap for local travel.

In 2019, she quit her job in Hangzhou, the provincial capital, and returned to her hometown to start the business.

"I started with 60,000 yuan. At the most difficult time, I only had 25 yuan in my pocket. I even begrudged buying a bottle of water," she said.

She received a loan of 100,000 yuan thanks to a recommendation from the Anji government.

The money came from a foundation that encourages young people who start businesses in the province, and it has also offered Xu assistance by helping to manage her account.

Xu's success reflects Zhejiang's preferential policies aimed at attracting high-quality talent and encouraging graduates to return to rural areas and create startups. It is intended to stimulate local socioeconomic development and promote the cause of common prosperity.

If the venture fails, the government will help repay at least 80 percent of the loan initially, while extending the period for borrowers to pay back the money. Those who are unable to fully repay the loan may be placed on a credit blacklist.

Noting that more than 10 million students will graduate from China's colleges and universities this year, Chen said the province will make every effort to seize the opportunity to attract more educated young people. 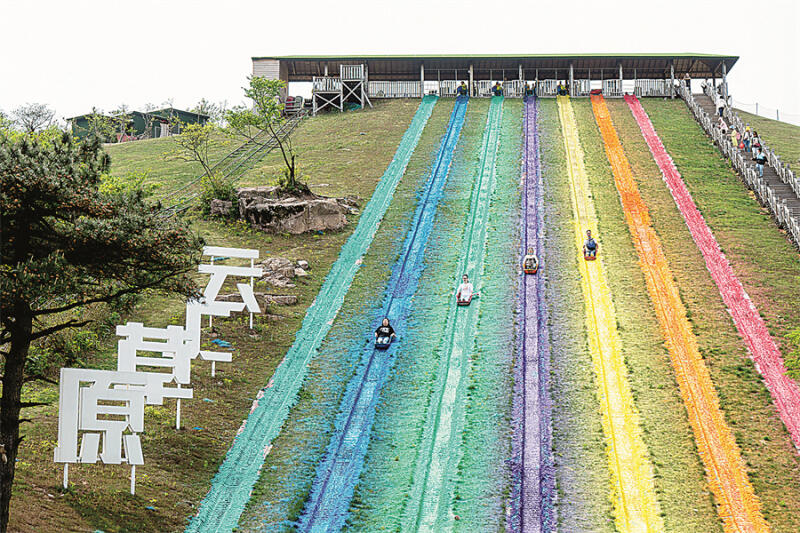 Tourists enjoy the facilities at "the grassland over the cloud" in Anji. (Photo by Wang Gang/China Daily)

Qiu Lei, a native of Qingshanwu village in Zhejiang's Tonglu county, has returned to his hometown to work as a manager at a small high-end hotel.

The 26-year-old is happy with the monthly salary of about 5,000 yuan, plus the annual bonus he receives at end of the year.

The hotel has 13 rooms, each costing about 1,500 to 2,000 yuan per night. Qiu's clients are mostly people from the prosperous Yangtze River Delta region, who like to enjoy quiet weekends in the countryside.

"I was born and raised here (in the Anji countryside) and I am happy to stay here to enjoy a quiet, calm life," he said, noting that the satisfactory income has encouraged him to stay.

The tourism boom in the Zhejiang countryside has offered more young people opportunities to find jobs with decent incomes. That is encouraging them to live and work in the rural areas, injecting new life and helping to achieve the goal of common prosperity.

When cities are not the only alternative for young people and country life becomes an option, it demonstrates that the gap between rural and urban areas has been further reduced, thus boosting common prosperity. 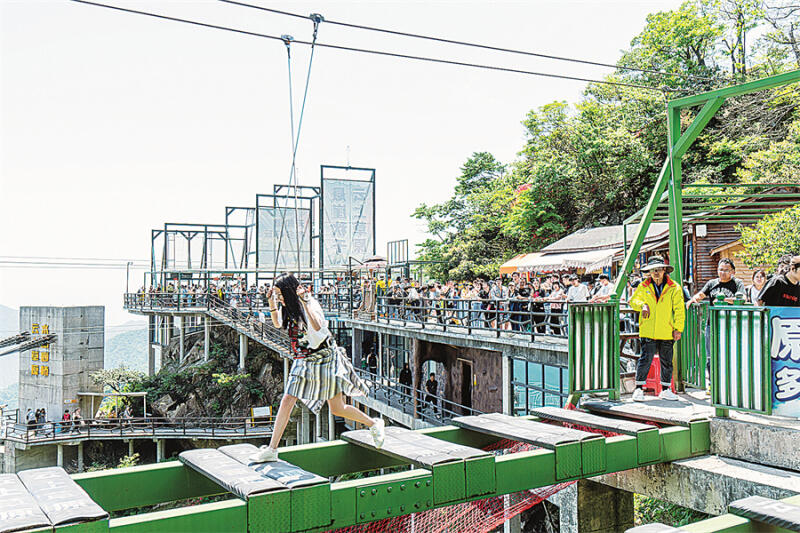 Tourists enjoy the facilities at "the grassland over the cloud" in Anji. (Photo by Wang Gang/China Daily)

In June, China issued a guideline on building Zhejiang into a demonstration zone for achieving common prosperity. Under the guideline, the province will strive to achieve the goal by 2035, by which time its per capita GDP and the incomes of urban and rural residents should have reached the standards of developed countries.

Last year, Zhejiang's per capita GDP was 113,000 yuan, and the incomes of its urban and rural residents were the highest seen in all provincial level areas across the country for 21 years and 37 years, respectively.

Zhejiang was selected as a pilot zone because it is a comparatively wealthy province and the urban-rural gap is small, according to Ha Zengyou, director of the department of employment, income distribution and consumption at the National Development and Reform Commission.

The province has formulated a practical, detailed plan to implement the guideline.

"The problem of unbalanced and inadequate development is still pronounced, and promoting common prosperity for all people is a long-term, arduous historic task," Ha said, adding that he believes Zhejiang can provide a successful example for the whole country to promote common prosperity.