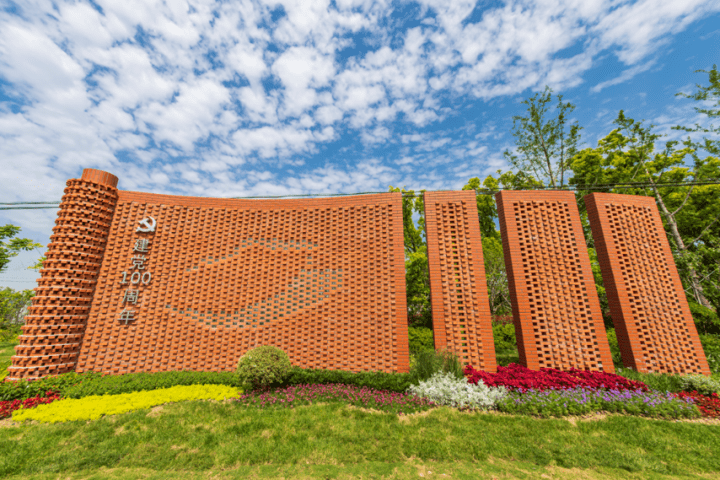 Qishen Road in Nanhu District, Jiaxing, East China's Zhejiang province, was recently listed among the 10 most beautiful roads in China by the Ministry of Transport, local media reported on Feb 28.

Starting with a scroll-shaped sculpture celebrating the 100th anniversary of the founding of the Communist Party of China, the 9-kilometre Qishen Road is decorated with a red boat-shaped sculpture, 1,000 mu of lotus, 19 cultural landscapes, and other scenic views.

Qishen is important for the transport of local agricultural products, including juicy peaches from Fengqiao town, fresh ginger from Xinfeng town, grapes from Daqiao town, and snails from Yuxin town.