New trends have emerged in China's counties as a result of the surge in digitalization, according to a recent survey.

It shows that the wider application of digital services means there are more job opportunities in counties, while big-name fashion brands are more frequently being seen as rural people's lives are becoming more prosperous.

Counties were chosen as the survey's focus because they play a crucial role in connecting different elements across the digital industry, one of the research leaders said.

The survey, conducted by the Institute of Digital China at the University of the Chinese Academy of Social Sciences and the Ant Group Research Institute, questioned people in many counties nationwide in the past year to assess how digitalization has changed rural life.

The researchers found that there had been a marked increase in the number of points of interest, or POIs, in counties over the past five years, as evidenced by Gaode map, one of the country's largest web mapping and navigation platforms.

The POIs－including restaurants, supermarkets, scenic spots, hotels, railway stations and parking lots－can be seen in almost every county and town, even in many villages.

The accuracy of the satellite mapping system is partly the result of contributions from local residents.

Wang Bo, a 30-year-old food deliveryman, is a contributor in Xiangshui, a town in the southwestern province of Guizhou, where takeout food services were launched in 2019.

He said the number of POIs on the web map was initially very limited. However, over the past two years, he and his colleagues have added dozens of new locations to the system as delivery services have become increasingly popular with local residents.

The delivery system at Wang's company runs from 9 am to 10 pm every day, usually handling about 100 orders per day.

Unlike residents in big cities, Wang said people in counties don't rush, and they seldom hassle deliverymen if their orders are delayed. "In the rainy season, customers even remind me to be careful of the conditions, saying there is no rush, which is really touching," he said.

So far, his company has signed contracts with more than 40 stores across Xiangshui to deliver a wide range of goods, including soft drinks, food and daily necessities.

Lyu Peng, executive dean of the research institute, said: "Our stereotypes of cities and towns have been challenged by the rapid development of social structures in China. The gap between the two has narrowed, thanks to the booming digital industry. Nowadays, county life in China is far different than people's expectations."

The value of China's digital economy reached 35.8 trillion yuan ($5.49 trillion) in 2019, accounting for 36.2 percent of national GDP, according to a report released by the China Academy of Information and Communications Technology, a scientific research institute at the Ministry of Industry and Information Technology.

During the survey, Lyu's team found that greater vitality has been fostered in counties thanks to digitalization. They also discovered that rural residents are going to bed later because many have developed their own businesses via livestreams.

Sha Chao is a night owl. The 34-year-old is one of several livestreamers in Xuebu village, Donghai county in East China's Jiangsu province.

The village is a major center for the processing and sale of crystals. In recent years, livestreaming has seen the sector expand significantly and helped promote a new lifestyle among local people.

Sha sensed his opportunity in 2016, when Taobao, the nation's most popular online shopping platform, started providing live sales services. The following year, livestreams brought his store 300 to 400 orders for crystals every day, contributing to daily income of about 10,000 yuan.

Sha's livestreaming service runs from twilight to the early hours of the morning－the peak time for sales. "Before the emergence of live sales, people in our village went to bed early, and the whole village was dark after 10 pm. Now, night is our busiest time," he said. "Walking on the street, even at 3 am, you see many houses with lights burning."

Others have been encouraged by Sha's success, and Xuebu is now home to more than 500 Taobao livestreamers. In the past three years, the village has seen combined annual sales of nearly 100 million yuan.

In December, the Institute of Rural Development at the Chinese Academy of Social Sciences released the China County Digital Inclusive Financial Development Index Report. It showed that in the past four years, the development of digital financial inclusion－the use of low-cost digital means of providing services to financially excluded and underserved populations－has seen a rapid upward trend in counties nationwide.

The development of county digital loans and digital credit is the most significant of those methods, and in 2020, the scale of digital credit services was more than eight times higher than in 2017.

In East China's Jiangxi province, the research team's members visited a grain producer in Yichun city and were surprised to find that their interviewee, Liu Yingfeng, uses a luxury Cadillac SUV to travel between home and her farmland.

The 36-year-old, who operates more than 100 hectares of farmland, is a former migrant worker. Her poor educational background caused many problems when she tried to land decent jobs in big cities, so in 2017, she decided to return to her home village in Yichun and grow cereal crops.

Lyu said he was impressed by Liu's appearance when they first met because the farmer was wearing a black one-piece dress and exquisite makeup, while her well-manicured nails were painted with pink polish. "She was far from the traditional impression of what a farmer should be," Lyu said with a laugh.

Responding to Lyu's initial surprise, Liu asked him: "Why shouldn't a farmer look sophisticated and fashionable? We've already stepped into a new era!" As cereal planting became increasingly automated, Liu expanded her farmland from 13.3 hectares to 133 hectares. The expansion was achieved via a special financial service known to local residents as a "satellite loan".

By using a smartphone location system, applicants can mark farmland available for rent and view satellite photos of it, allowing them to explore details such as area, crop types and even growing conditions. Such information is important criteria for banks to approve loans. "This year, we estimate we will generate income of 800,000 yuan through our expanded farmland. Digitalization makes rural life much more convenient than ever before," Liu said.

"When I came back home to plant grain, some of my relatives mocked me. But now, they ask to join my farm and work for me. That's the magic of new technology." 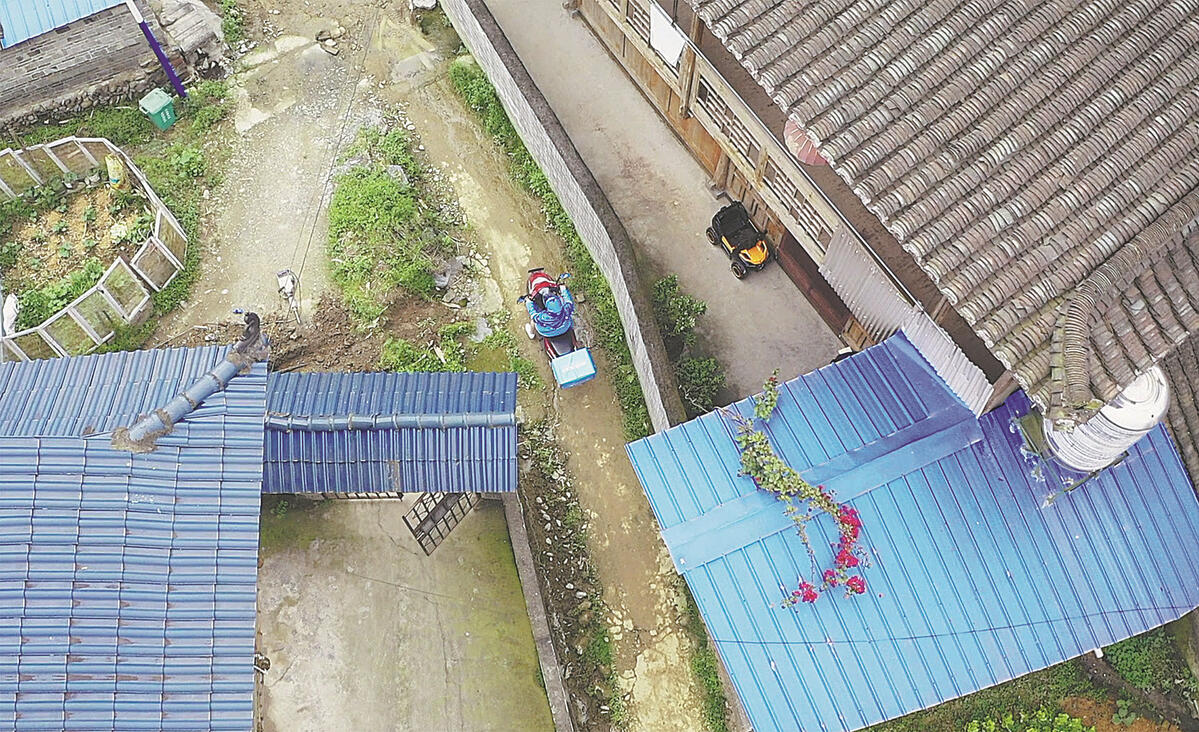 Li Zhenhua, dean of the Ant Group Research Institute, said the trends in counties reflect the country's new moves to promote high-quality development, and such trends may expand further in the future.

In the survey, Li found that more teachers in rural areas are using modern technologies to teach students rather than relying on traditional chalkboards.

To further promote such digital services, the government aims to build a logistics center in every county and ensure that delivery services are available in all villages by 2025, according to a five-year plan released by several government departments last year.

"Once young people decide to develop their careers back in their hometowns and they see a promising future, they usually want to stay. This will reinvigorate local economies and also bring vitality to small cities," Li said.