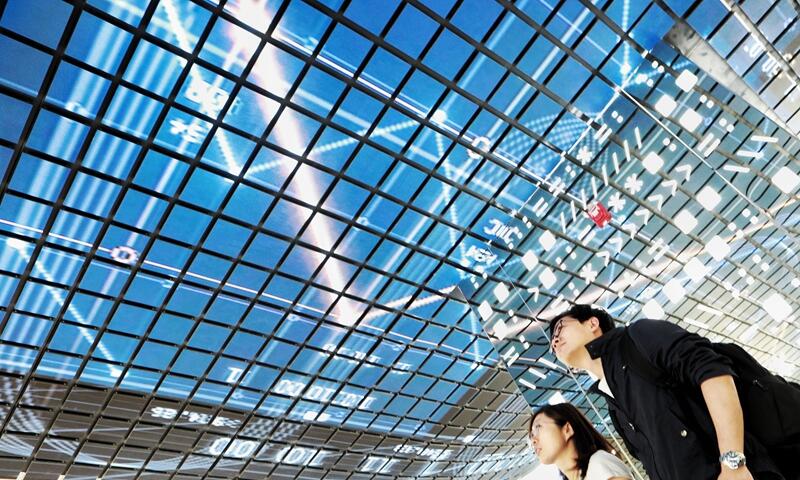 Chinese tech giants like Tencent and Alibaba are planning to build more data centers in western regions in the country, after the central government launched a project nicknamed "eastern data western calculation" to store and process more digital data in China's western provinces.

China has approved the setting up of hub nodes of the national computing power network in multiple regions including the Beijing-Tianjin-Hebei region, the Chengdu-Chongqing urban agglomeration, North China's Inner Mongolia Autonomous Region, and Northwest China's Gansu Province, which marks the official start of the "eastern data western calculation" project, according to a document released by several government departments recently.

A few technology giants said that they have taken similar action to transfer digital data generated in the east to data centers in the western and northern parts of China, where are rich in electricity.

According to information sent by Tencent, the tech giant has allocated data centers in a number of provinces. For example, the company has put into operation a data center in Gui'an of Guizhou, with a total area of about 470,000 square meters. Tencent is expected to store 300,000 servers in the data center.

Tencent also planned to build two data centers in the Beijing-Tianjin-Hebei region, as well as one data center in Shanghai.

Five of them are super data centers. They are located in Hangzhou and Nantong; Heyuan of South China's Guangdong; Zhangbei of North China's Hebei Province, and Ulanqab, a city in Inner Mongolia Autonomous Region.

Fu Liang, an independent technology expert, said it's an inevitable trend that high-tech companies take action to transfer their data to regions with more appropriate conditions - namely, cheaper electricity and cooler weather - as the need for computing power and data storage.

"Telecom operators are making arrangements for data relocation, and it's a trend that they will go with the policy direction, such as arranging data centers in the hub node regions, to see if they can get some bonuses," Fu said.

According to him, China will form a "multiple-layer" data storage system, with "cold data" - referring to data that isn't frequently used like deposit data - being stored in the western regions, while other data will be stored in areas close the companies' locations.