Against such backdrops as the deepening crisis over Ukraine and the continuing COVID-19 pandemic, the ongoing 58th edition of the Munich Security Conference (MSC), held Feb. 18 to Feb. 20, focuses on the theme of "unlearning helplessness."

In the face of a growing number of crises and conflicts, there is a mounting feeling of "collective helplessness" in many societies across the world, according to the Munich Security Report 2022 published ahead of the conference.

The answer to the "collective helplessness" lies in greater solidarity and cooperation under the banner of multilateralism, said Chinese State Councilor and Foreign Minister Wang Yi, who attended the MSC on Saturday via videolink. 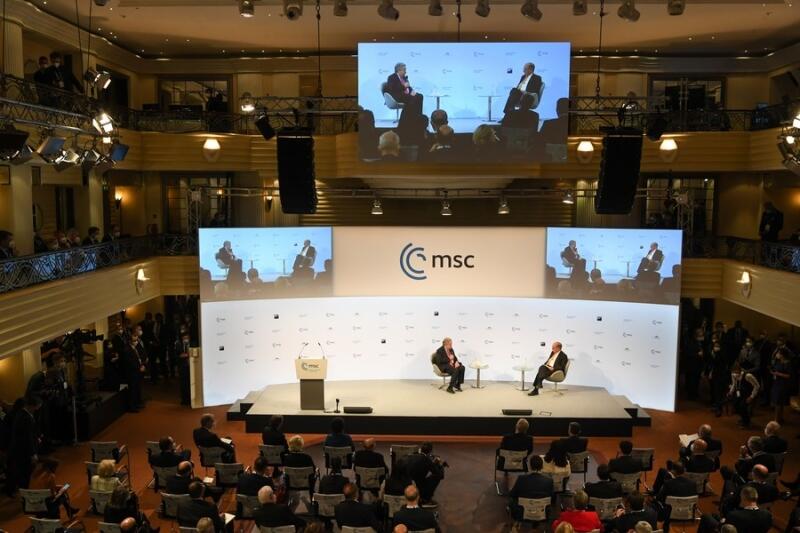 Whether it is the seemingly endless pandemic, the increasingly tangible threat of climate change, the vexing vulnerabilities of an interconnected world, or increasing geopolitical tensions, all these challenges contribute to a feeling of a loss of control, said the Munich Security Report 2022.

"Collective helplessness and how we can overcome it is at the core of the Munich Security Report 2022," Wolfgang Ischinger, the chairman of the MSC, noted in his foreword in the report.

"The feeling of helplessness is becoming a kind of self-fulfilling prophecy, which leads (us) to give up, even though we have all the tools and resources to address such challenges as the pandemic, climate change or great power confrontations," said Ischinger in his opening remarks at the MSC.

The three-day conference gathers over 30 heads of state and government and more than 100 ministerial officials and leaders of important international organizations to discuss current crises and future security challenges around the world.

Russia did not send official representatives to the MSC. A spokesperson for the Russian Foreign Ministry said that the annual conference had lost its objectivity and has become a Transatlantic Forum only.

"Collective helplessness" is a logical continuation of "Westlessness," which was a theme of a previous MSC and refers to the loss of the common standing of what it means to be part of the West, Zhou Bo, a senior fellow of the Center for International Security and Strategy (CISS) at Tsinghua University, said.

Zhou, who attended the MSC in 2018 and 2022, said Europe's capacity in changing the world has dwindled and therefore its influence in the international arena has declined significantly. These, coupled with significant obstacles to multilateral cooperation, have contributed to a sense of "collective helplessness."

On the organizer's agenda, the Ukraine issue has been specially highlighted. However, according to some analysts, without Russia's attendance, most participants at this year's MSC can only send messages toward Moscow without discussions.

For Zhou, the root cause of the Ukraine crisis is that the decades' old efforts of the U.S.-led NATO in expansion in Russia's periphery have eventually backfired.

If the West only talks about Ukraine's sovereignty but does not heed Russia's legitimate concerns, it will be difficult to achieve a real solution to the Ukrainian issue, and Europe's "helplessness" in terms of strategic security will only increase, he said.

Alongside Ukraine, this year's MSC also covers topics like the situation in Afghanistan, Africa and the Middle East, the COVID-19 pandemic, governments' climate change policies, technology supply chain security and the future of the European Union, among others.

It is clear to all that resignation is not an option. To "unlearn" the helplessness, true multilateralism and cooperation should be the way forward, as this year's MSC only reinforced the notion that no single country could solve all problems today by itself.

Man-made problems can be solved by man, Ischinger said, calling on everyone to collectively unlearn and overcome helplessness.

Ischinger noted that institutions like the United Nations Security Council, the World Trade Organization, and the World Health Organization have been neglected, circumvented, and even undermined.

Overlooking such bodies and deeming them irrelevant in bringing positive changes "is a huge mistake," the outgoing MSC president said. 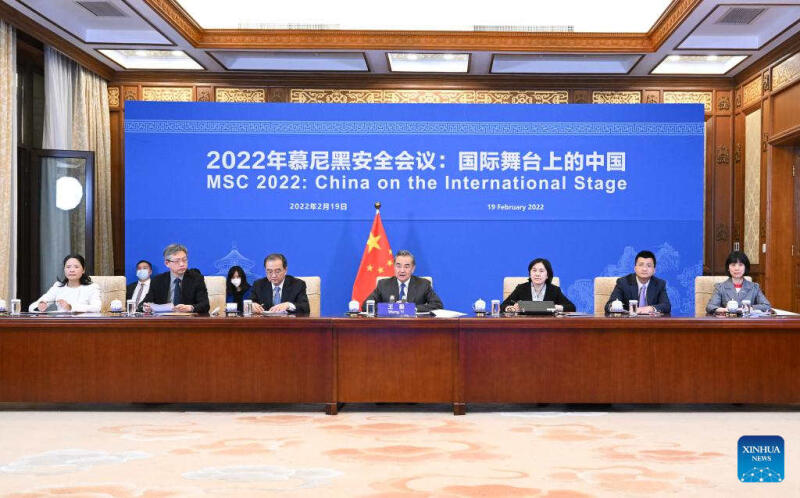 Noting that the world once again faces the danger of division and confrontation, Chinese Foreign Minister Wang Yi said certain big powers are reviving the Cold War mentality and stoking confrontation between blocs.

"Only when countries row the oars together and cheer up each other, rather than undercut and come after one another, can we overcome the current challenges and sail into a bright future," said Wang.

When answering questions on the eastward expansion of NATO, European security, and the situation in Ukraine, Wang urged all parties to take due responsibility and make efforts toward peace on the Ukraine issue, instead of just escalating tensions, creating panic and even playing up the threat of war.

Ukraine should become a bridge of communication between the East and West, instead of the front line of confrontation between major powers, he added.

"China is ready to work with all countries as passengers in the same boat and, with unity as the sail and cooperation as the oar, sail through the pandemic and toward a brighter future," Wang said.