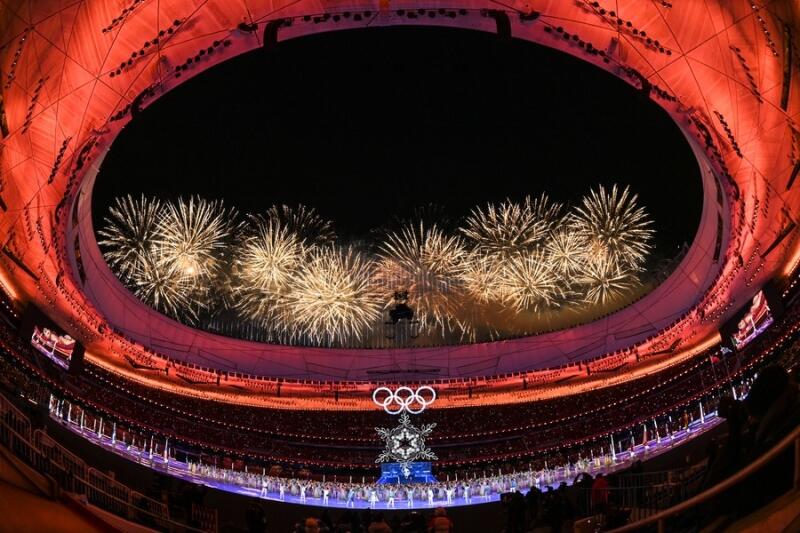 Fireworks illuminate the night sky during the closing ceremony of the Beijing 2022 Olympic Winter Games at the National Stadium in Beijing, Feb. 20, 2022. (Photo by Li Ga/Xinhua)

The Beijing 2022 Olympic Winter Games came to a triumphant close on Sunday following 16 days of remarkable athletic performances and heart-warming moments that symbolized unity and friendship.

"The Olympic spirit could only shine so brightly, because the Chinese people set the stage in such an excellent way - and in a safe way," said Bach.

"The Olympic Villages were outstanding. The venues - magnificent. The organization - extraordinary... This unforgettable experience was only possible because of our gracious hosts, the Chinese people.

"With over 300 million people now engaged in winter sports, with the great success of the Chinese athletes, the positive legacy of these Olympic Winter Games is ensured.

"With the truly exceptional Olympic Winter Games Beijing 2022 we welcome China as a winter sport country," added the IOC chief. 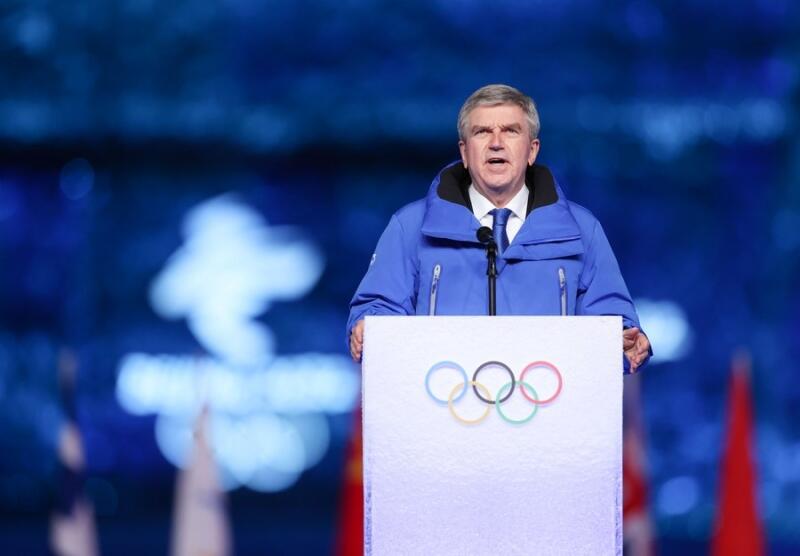 Beijing is now the first city ever to have hosted both the Summer and Winter Olympics.

"The Olympic Winter Games Beijing 2022 opens a new era for winter sport. It is yet another extraordinary example of humanity coming together for a shared future. The Olympic spirit will live on forever," said Cai Qi, president of the Beijing 2022 organizing committee.

Employing the theme "A Willow Twig", a gift commonly presented when two dear friends part in ancient China, the Beijing 2022 organizers hoped to mark the moment of remembrance with Chinese characteristics.

The Beijing Winter Olympics is the first international multi-sport event to be held as scheduled since the outbreak of the COVID-19 pandemic.

With more than 10,000 athletes, journalists and officials from around the world having descended on Beijing, the organizers met the daunting challenge of holding a safe Games by employing a closed loop system that went into operation in late January.

Typified by daily nucleic acid testing and designated shuttle buses connecting different facilities, the closed loop saw COVID-19 cases decline from a peak of 26 cases on February 2 to zero on February 13 and only one new positive case was reported since February 16. 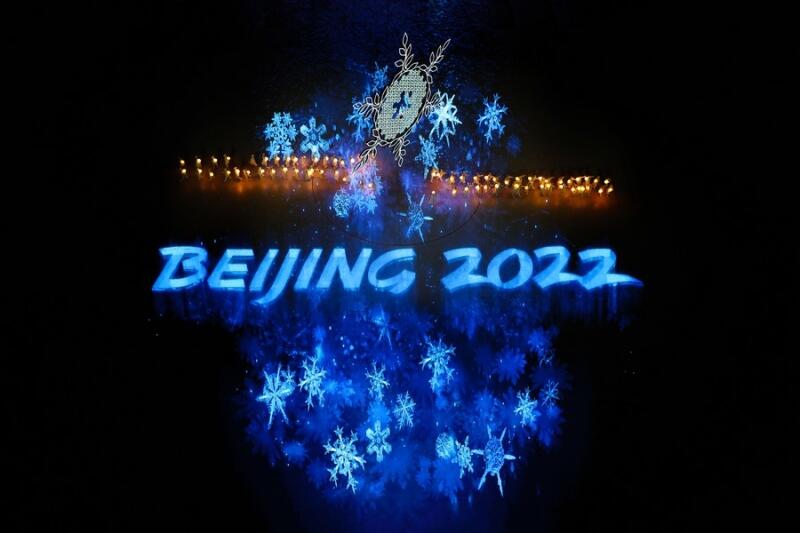 Photo taken on Feb. 20, 2022 shows the closing ceremony of the Beijing 2022 Olympic Winter Games at the National Stadium in Beijing. (Photo by Xu Zijian/Xinhua)

The floor was then given to Milan-Cortina, who presented their eight-minute show themed "Duality, Together."

After burning for 16 days, the Olympic flame for the Beijing Winter Olympics gradually went out to the songs by a chorus of children.

The children's choir began with You and Me, the theme song for Beijing 2008, and transitioned to the theme song of Beijing 2022 Snowflake, highlighting the historic achievement of the Chinese capital as the first dual Olympic city in the world.

After 16 competition days full of breathtaking action and thrilling moments, Norway sits atop the medal standings with 37 medals, of which 16 are gold. Germany follows in second with 12 golds and 27 overall.