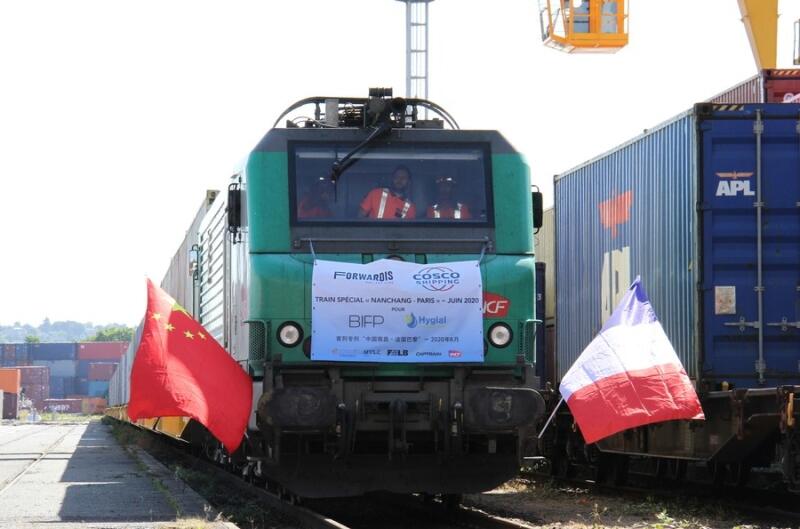 Beijing and Paris vowed on Wednesday to make further progress in the ratification of the China-European Union investment deal, a pact agreed to in principle in December 2020, as part of broader efforts to push for fresh development in ties between China and the 27-member bloc.

President Xi Jinping and French President Emmanuel Macron made the pledge during a phone conversation on Wednesday.

Xi commended the role of France, as the holder of the EU's rotating presidency in the first half of 2022, for enhancing the solidarity of the bloc and strengthening its strategic independence.

He reiterated the need for China and the EU to uphold mutual understanding and adhere to mutual respect, dialogue and win-win cooperation, saying that the two sides should make concerted efforts to build the greatest consensus and further bilateral ties.

Beijing stands ready to work with Paris to ensure the success of the leaders' meeting between China and the EU and jointly host a new round of dialogues on strategies, trade and economics, green and digital growth and people-to-people exchanges, he said.

Macron said Paris will make all-out efforts to press ahead with the positive agenda between the EU and China.

In May 2021, the European Parliament halted ratification of the EU-China Comprehensive Agreement on Investment, a deal the two sides started to negotiate in October 2013 with the aim of reaching a higher-level agreement covering investment protection and market access.

In response, Xi said the fact that the Games were held on schedule and smoothly showed the support from the international community for peace, solidarity and progress. With the international landscape full of tension and turbulence, France is even more hopeful that the two sides can deepen their bilateral comprehensive strategic partnership, Macron said.

He said the two sides should explore ways to overcome the fallout from the COVID-19 pandemic and enhance personal exchanges, friendship, mutual trust and win-win cooperation.

Xi recounted the two phone calls with Macron and their attendance at two virtual leaders' summits last year with then German chancellor Angela Merkel, saying that their joint efforts to promote bilateral ties have paid off.

The two nations should build on the positive, healthy and upward momentum of last year and strengthen dialogue, exchanges, understanding and mutual trust under the principle of mutual respect and equal treatment, Xi said.

Both sides will ensure the early implementation of cooperation projects in agricultural science and technology and agricultural industries with local advantages, and Beijing welcomes the registration of more eligible agricultural food businesses in China, according to a statement released after the meeting.

The Sino-French green manufacturing partnership will be deepened, and both sides will provide a fair, just and nondiscriminatory business environment for each other's enterprises.

The two sides will also hold subgroup meetings on aerospace and the internet under the China-France Strategic Dialogue, conduct exchanges over the polar region and the ocean, and scale up dialogue and exchanges between the two militaries.

The two leaders also exchanged views on the Ukraine situation.

Xi stressed that all relevant parties should adhere to the general direction of a political settlement, make full use of multilateral platforms including the Normandy Format, and seek a full resolution of the Ukraine issue through dialogue and consultation.