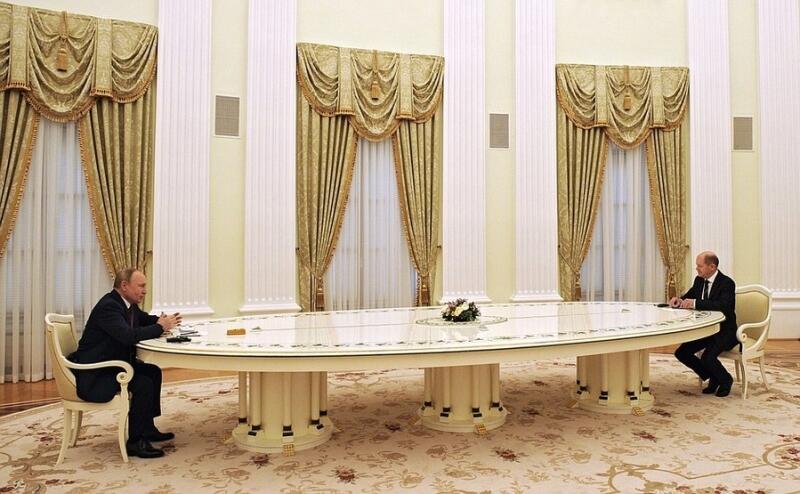 Both Russian President Vladimir Putin and visiting German Chancellor Olaf Scholz on Tuesday underlined the need to avoid a war over Ukraine and to settle the crisis via diplomatic efforts.

"Regarding whether we want this (war), of course we don't. This is why we have put forward proposals for the start of a negotiation process in a bid to reach an agreement ensuring equal security for everyone," Putin said during a press conference with Scholz following their talks in the Kremlin.

Scholz said despite that the positions of the North Atlantic Treaty Organization (NATO) and the European Union may differ from those of Russia, dialogue remains crucial.

Europe is faced with one of its most dangerous crises in decades and there is an urgent need to defuse the tensions regarding Ukraine and prevent a possible war, the German leader stressed.

As a war in Europe is "unimaginable," Scholz considered it the duty of both Putin and himself to prevent any military escalation on the continent.

"Diplomatic opportunities have not yet been exhausted ... We have heard that some (Russian military) units are being withdrawn (from the borders) and this is a good sign," Scholz said.

As for Russia's security concerns, Scholz assured Putin that NATO's expansion is not even on the agenda.

However, Putin said that postponing Ukraine's possible accession to NATO will resolve nothing for Russia, and Moscow wants its security concerns to be addressed seriously.

Russia will act "in accordance with the plan" and its moves will reflect the latest realities, but no one can predict how the situation will unfold, Putin said, adding that Moscow, nevertheless, will strive to resolve all the existing issues by diplomatic means.