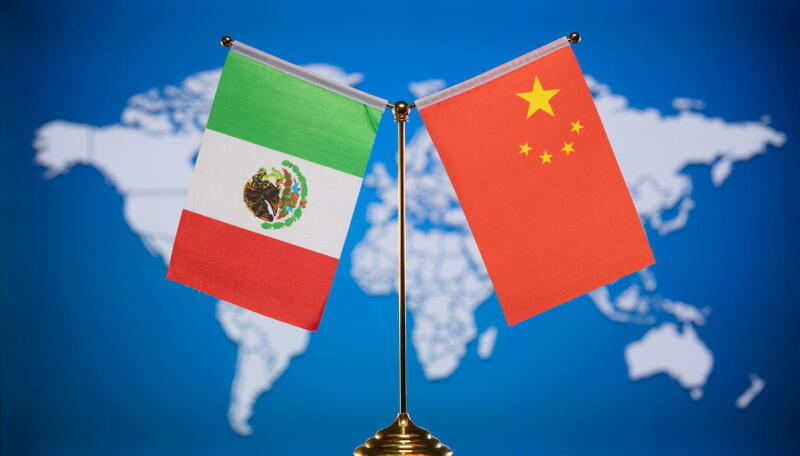 In his message, Xi noted that both China and Mexico are countries with time-honored civilizations and history, and the friendly exchanges between their people date back to ancient times.

Since China and Mexico established diplomatic ties half a century ago, especially since they forged a comprehensive strategic partnership in 2013, bilateral relations have been developing on a fast track, said Xi, adding that the two countries enjoy ever deepening political mutual trust and enhanced friendly exchanges and cooperation in various areas.

The Chinese president also said that in the face of the once-in-a-century pandemic, China and Mexico have stood together and extended a helping hand to each other, setting a good example of international solidarity in the fight against the pandemic.

The tree of Chinese-Mexican friendship has flourished and borne bountiful fruits, bringing tangible benefits to the people of the two countries, Xi added.

Xi stressed that he attaches great importance to the development of China-Mexico relations, and stands ready to work with Lopez Obrador to take the 50th anniversary of diplomatic ties between the two countries as an opportunity to join hands, build on past achievements and forge ahead into the future.

Xi added that he is willing to work with the Mexican leader to advance traditional friendship, deepen win-win cooperation, stimulate common development, and continuously enrich the China-Mexico comprehensive strategic partnership so that the two peoples can forever be good friends who trust each other as well as good partners that share prosperity.

Lopez Obrador said that over the past 50 years, Mexico and China have forged together an unbreakable friendship, and carried out extensive exchanges and cooperation in politics, economy, education and other areas, as exemplified by the two countries' joint fight against the COVID-19 pandemic.

The Mexican side sincerely appreciates and will always remember the two countries' mutual help and support during the anti-pandemic fight, he said.

The Mexico-China comprehensive strategic partnership has been advancing with the times and growing ever stronger, and has continuously benefited the people of the two countries, he said, noting that both countries have also joined hands to address challenges at regional and multilateral levels.

He also said he firmly believes that bilateral relations will maintain steady and sustained development, and show new vitality.