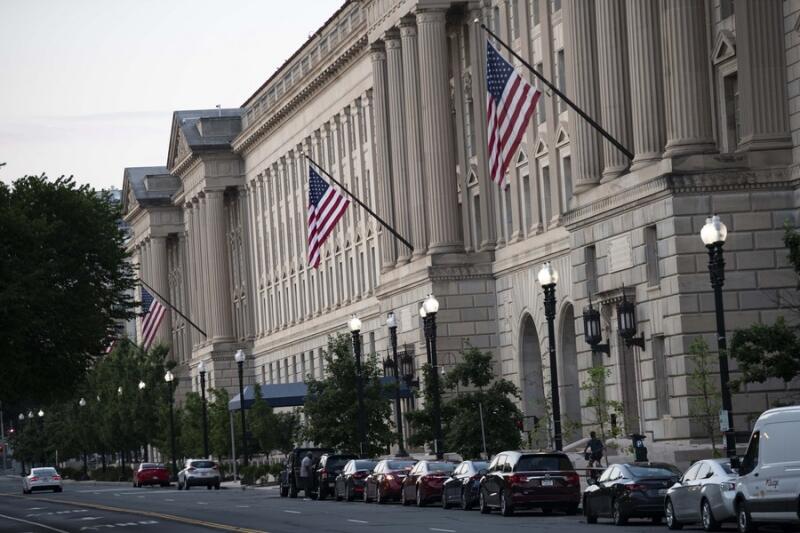 There's no such thing as a free lunch, even for the economic superpower. Washington cannot expect to have a sovereign currency, the most frequently used across the world, but not face the repercussion of its overspending.

As official data showed the U.S. total trade deficit has soared to a record high in 2021, American politicians and media outlets quickly seized upon this new excuse to blame China yet again for the increase in red ink.

By habitually hyping up the topic of its trade deficit with China, the United States disclosed its unwillingness to scrutinize the underlying structural problems that led to its constant trade gap -- with not only the Asian country, but also a slew of other economies.

The changing U.S. economic structure, the dollar's world dominance and American households' habit of spending more than they save are what's actually driving up the U.S. trade deficit. Scapegoating a particular bilateral trade relationship, however, is logically deficient.

Due to globalization and the impact of its own economic policies, the United States for the last few decades has experienced a continued decline in its manufacturing industry along with the consistent expansion of its service sector. 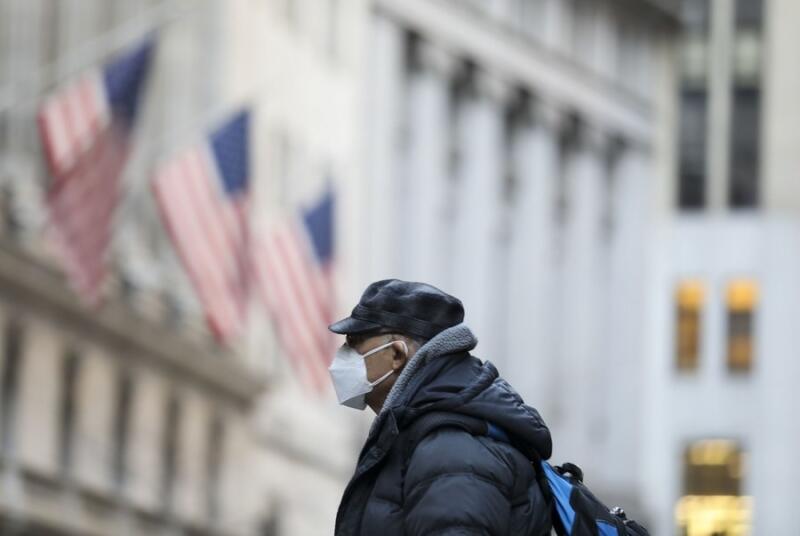 A man wearing a face mask walks on a street in Manhattan of New York, the United States, Jan. 19, 2022. (Xinhua/Wang Ying)

Its bumpy recovery from the COVID-19 pandemic is also compounding the situation, as surging demand combined with lagging supply inevitably pumped up the import of consumer goods. Now that the U.S. President Joe Biden administration's infrastructure bill has been signed into law, U.S. demand for steel and chemical products is expected to further increase as well.

Meanwhile, export controls, a strict restriction imposed by U.S. law, are hampering the ability of U.S. high tech companies to sell their technologies and products overseas.

Since the previous U.S. administration caused trade friction with China, numerous Chinese firms have been placed in the so-called "entity list" of export controls, though the move targeting the Chinese high tech sector has only trapped the United States in the plight of a skyrocketing trade deficit. Therefore, no one should be blamed but Washington itself for that.

Those who narrow-mindedly focus on China's surplus have seemingly ignored the dollar's dominance in the world, an equally important driving force for the U.S. trade deficit. As the world's primary reserve currency, the dollar has enabled the United States to import international goods and services at relatively lower prices. Naturally, one of the outcomes is the persistence of a certain level of trade deficit.

Put bluntly, there's no such thing as a free lunch, even for the economic superpower. Washington cannot expect to have a sovereign currency, the most frequently used across the world, but not face the repercussion of its overspending.

In the early 1970s, the dollar's decoupling from gold, termed as the "Nixon shock" marking the end of the Bretton Wood System that had governed the post-war global financial system, further freed the greenback from hurdles that would have otherwise put limits on its global power.

Moreover, the ensuing decades of monetary easing and radical deregulation in the finance arena have created asset bubbles and stimulated excessive spending and relentless lending, which in turn caused the U.S. trade deficit to climb time and again.

While the demand from American companies and consumers for Chinese goods has soared during the pandemic, the U.S. government just turned a blind eye to these reasonable needs, and some politicians kept distorting the U.S.-China trade relationship, apparently, in a counterproductive way. 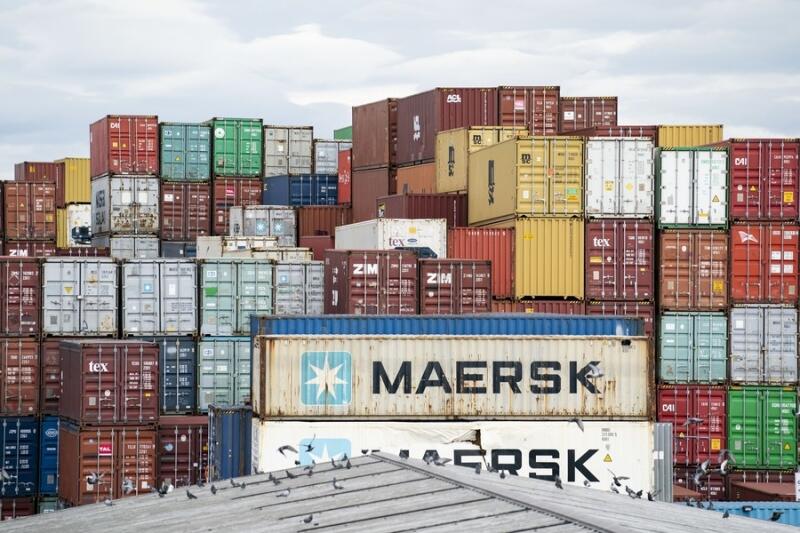 Containers are seen at the Port of Baltimore in Maryland, the United States, Oct. 26, 2021. (Xinhua/Liu Jie)

A blindingly clear fact that Washington avoids talking about is that China has become a major source of the U.S. services trade surplus. According to the Commerce Department, the total U.S. surplus of service trade in 2021 exceeded 230 billion dollars, and its service trade with China has long maintained a surplus.

Last week, Chinese Foreign Ministry spokesperson Zhao Lijian reaffirmed that China always maintains that the two sides should properly solve the problems in their economic and trade relations in a spirit of mutual respect and consultation on an equal footing.

Threats and pressure based on one's unilateral interest will not help solve the problems, but only undermine mutual trust and the atmosphere for dialogue and negotiation, he warned.

For the sake of its own good, the United States should abandon its hysteria over the trade deficit with China, stop bullying its trade partner and meet China halfway to bring the bilateral trade relationship back onto the right track.