China and Argentina have signed a Memorandum of Understanding (MoU) on the Belt and Road Initiative, according to a joint statement issued Sunday after a meeting between Chinese President Xi Jinping and his Argentine counterpart Alberto Fernandez.

At China's invitation, Fernandez is paying a visit to China, during which he attended the opening ceremony of the Beijing Olympic Winter Games on Friday night.

The two sides laid down a framework for sustainable development and inclusive economic cooperation, so as to further promote actions and projects for deepening, innovating, and diversifying their economic relations and enhancing regional connectivity. 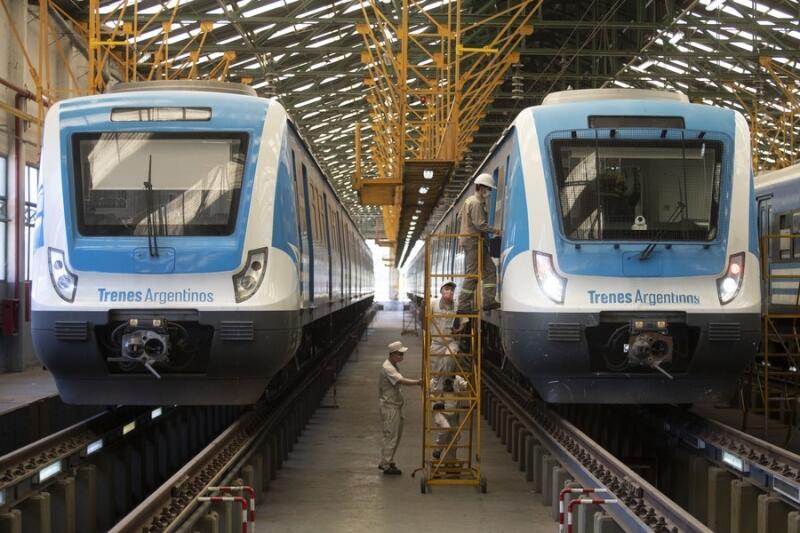 Chinese engineers and technicians with CRRC Qingdao Sifang Co., Ltd., together with their Argentine colleagues, inspect a train in Llavallol, some 33 km south of Buenos Aires, Argentina, Nov. 16, 2020. (Photo by Martin Zabala/Xinhua)

China and Argentina reaffirmed a commitment to expedite the completion of negotiations on existing inspection and quarantine agreements and convene technical meetings to achieve this goal, it added.

They underscored the importance of strengthening institutional consultations to promote trade opportunities that benefit both countries, the statement said, adding that in the context of COVID-19, the two sides will use video consultations when necessary to achieve outcomes, so as to facilitate unimpeded trade, it said. Based on their respective interests and national laws, the two sides agreed to actively advance bilateral investment, expand economic complementarity and seek new economic opportunities. The statement added that they agreed to boost green sustainable development, and investment and cooperation in the digital economy.

The two sides also expressed satisfaction with the recently-held fifth strategic dialogue for economic cooperation and coordination between China and Argentina, the statement said.