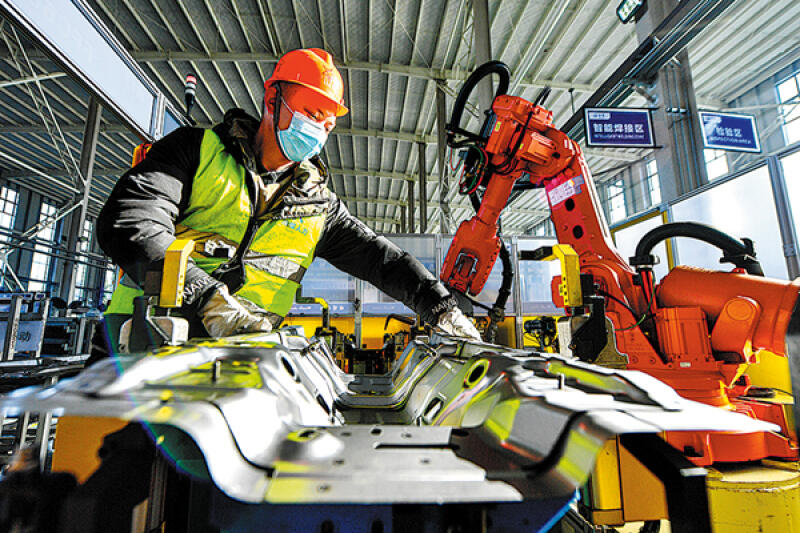 An employee works at a smart auto parts production facility in Huzhou, Zhejiang province, in December.

The Zhejiang Provincial Department of Economy and Information Technology held a work conference on Jan 25 during which officials provided a summary of the province's overall performance in an industrial economy in 2021.

The total value-added for the province's above-designated-sized manufacturers (those with annual operating revenues of about $3.1 million or more) rose by 12.9 percent year-on-year to 2.0248 trillion yuan ($318.9 billion) in 2021. Ningbo and Hangzhou accounted for roughly one fourth and one fifth of the provincial aggregate respectively.

The province's top five highest-grossing manufacturing industries last year were electronic machinery, general equipment, communication electronics, chemical products, and automobiles. The textile and garment industry, which used to be one of the strongest sectors, no longer ranks among the top five.

The number of above-designated-sized manufacturers in Zhejiang is estimated to have hit 50,000 for the first time in history. Over the past few years, the figure had been consistently over 40,000.