The countdown to the Spring Festival usually starts on the 23rd day of the twelfth month of the lunar year, when Chinese people get busier with preparations for the festival and observe traditional folk customs in the country.

On the 23rd day of the 12th lunar month, enjoy sticky candy

The 23rd day of the twelfth month of the lunar year is called “Minor New Year’s Day”. This is the day when people offer sacrifices to the kitchen god, do a thorough cleaning, and eat a kind of sticky candy, according to the traditional culture of China’s Han ethnic group. 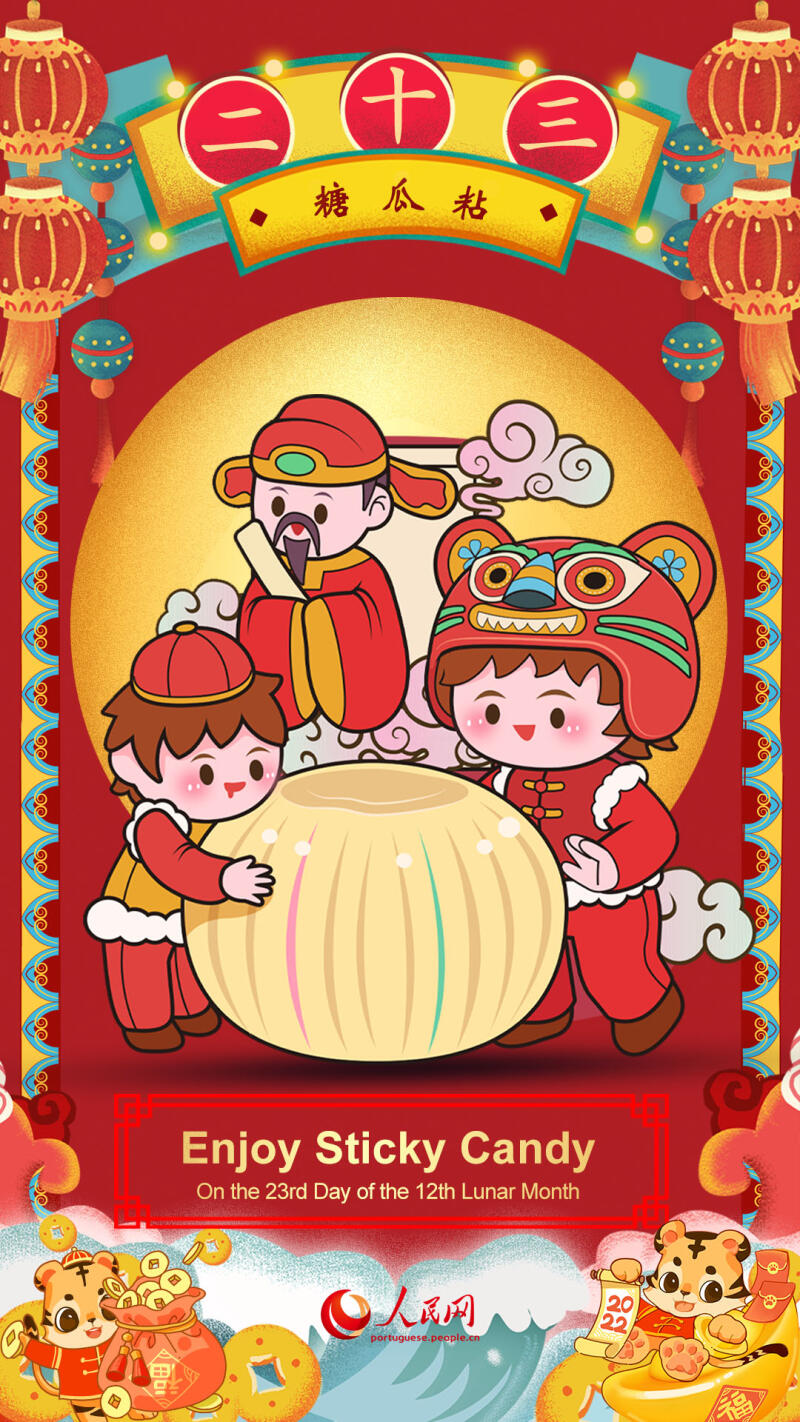 The candy, a traditional local snack, is commonly known as “Zaotang” (candy for kitchen god) in Chinese. According to folklore, the kitchen god has to go back to heaven on the 23rd day of the twelfth lunar month to report the good and evil deeds of every family during the year to the Jade Emperor, who will then pass good luck or misfortune according to what every family deserves for the next year to the kitchen god, and let him bring it to the mortals.

In an effort to get the kitchen god to say nice things about them in front of the Jade Emperor, people set up altars in their homes and place offerings including “Zaotang” on them to see him off, hoping that he will say good things about them and bring good luck. The snack “Zaotang” has been spreading around the country since ancient times.