Editor's Note: Tian Feng is a tech expert based in Beijing who follows frontier technologies closely. The article reflects the author's opinions and not necessarily the views of In Zhejiang.

Major breakthroughs in scientific, engineering and industrial challenges are the driving forces behind the sustained development of human society. The world is undergoing once-in-a-century changes, and humanity is suffering from natural disasters such as floods, droughts and hurricanes, as well as global challenges such as anti-globalization trade disruptions, employment difficulties and aging populations. Only a continuous stream of scientific and technological innovation can bring hope and direction for the continued survival and development of humanity.

Based on the scientific and technological breakthroughs China made in 2021, we can peek into the major development trends of China's science and technology over the next decade.

"EarthLab," developed by the Chinese Academy of Sciences, comprises six systems. (Photo/Screenshot from the CAS website)

The Earth has a history of 4.6 billion years, while humanity has only a short history of about 50 million years. Scientists are exploring the use of a "digital twin" of Earth to simulate the planet's past and present, so as to forecast the future paths of the natural world and human civilizations.

It can simulate the physical, chemical and biological evolution of the Earth's atmosphere, hydrosphere, cryosphere, lithosphere and biosphere through technologies including high-performance computing, high-precision environmental simulation and big data, so as to provide scientific support for problems such as natural disaster prevention and mitigation and fighting climate change.

Countries including the U.S. and Japan have already built such Earth simulators, and "EarthLab" is comparable to the Europe Union's "Destination Earth" initiative. The project is still in its early development period and will take more than a decade to be upgraded. 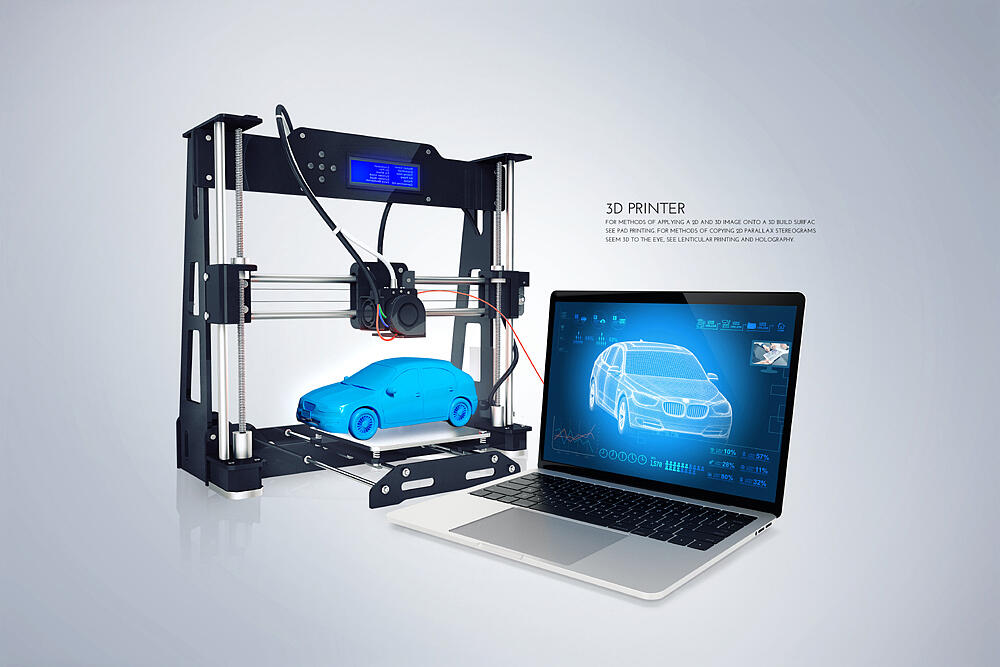 3D printing technology will be used to manufacture a wide range of products. (Photo/CFP)

In China's industrial development goals for the next three to five years, additive manufacturing, also known as 3D printing, is a key technology in the development strategy of high-grade computerized numerical control (CNC) machine tools and robots.

A Long March-5B rocket launched in May 2020 carried a 3D printer and realized 3D printing of fiber-reinforced composite parts in space for the first time. In 2021, China Aerospace Science and Industry Corporation successfully printed aircraft products with complex structures, which significantly reduced the weight of aircraft.

In the foreseeable future, 3D printing technology will be used to manufacture products ranging from something as small as artificial teeth to those as big as interstellar rockets, and reinvent the whole manufacturing industry for maximum cost effectiveness and production efficiency. 3. Cosmic sensing networks to look deep into the universe

Accompanying the development of space tourism is the rise of cosmic sensing networks.

For example, China's Five-hundred-meter Aperture Spherical Radio Telescope (FAST), nicknamed the "Eye of Heaven," has discovered hundreds of pulsars from our solar system to the edge of the galaxy, laying the experimental foundation for the future establishment of "interstellar clocks" (pulsar timing arrays) and "interstellar navigation" (pulsar navigation system). FAST is also capable of detecting gravitational waves and communication signals from extraterrestrial civilizations (if they exist).

China's FAST has been open to global scientists since April 2021. It generates 15 petabytes of big data (at a rate of 2 gigabytes/second) every year. It only takes artificial intelligence (AI) three days to process a whole year's data to identify pulsars automatically, with significantly higher efficiency and much greater accuracy.

In the coming decades, China and other countries around the world will build more "eyes" to look deep into space and launch more deep space probes to establish sensing networks across the universe. With the massive data collected by the sensing networks, scientists can even build a "digital twin of the solar system" and a "digital twin of the galaxy," thus getting to know more about the real universe. In 2019, photonic chips were used in China's photonic quantum computer prototype "Jiuzhang." Jiuzhang (with 76 detected photons) can process specific problems 100 trillion times faster than the world's most powerful supercomputer. An updated version, Jiuzhang 2.0 (with 113 detected photons), which unveiled in 2021, is 100 times faster than Jiuzhang, and is programmable.

Over the next decade, photonic chips will be gradually applied in areas such as autonomous driving, AR glasses, quantitative trading, AI supercomputing data centers and robots. AI is revolutionizing R&D in various areas. (Photo/Provided by the author)

In scientific research, it's often the last key on the ring that opens the door. AI with massive computing power can help researchers test all the possible keys before a real breakthrough can be made.

For example, Chinese company Sensetime uses AI to mine data on protein interactions, reactions to cancer drugs and gene mutation predictions based on pathological image.

The new AI data center built in Shanghai is the largest AI computing platform in Asia, with a computing power of 3,740 petaflops.

AI is revolutionizing research and development in various areas and will contribute to a slew of new tech breakthroughs including automatic driving, new drugs to prolong life expectancy, artificial meat to feed the people and controlled nuclear fusion energy to support interstellar voyages. 6. AR glasses and the 'era of ubiquitous screens'

In the next five years, mobile phones will no longer be a necessity for people, as we will enter the "era of ubiquitous screens" with augmented reality (AR) glasses, in which screens are everywhere and everything can interact with each other. In the metaverse we enter through AR glasses, there will be new-generation applications such as space scanning and search engines, digital twin factories, hospitals and communities, as well as digital human assistants. China's Experimental Advanced Superconducting Tokamak (EAST) in Hefei, capital of east China's Anhui Province, has just set a new world record after running at the temperature of 70 million degrees Celsius for as long as 1,056 seconds (over 17 minutes), laying "a solid scientific and experimental foundation toward the running of a fusion reactor," according to the scientist in charge of the experiment. Chinese scientists develop an artificial method of synthesizing starch from carbon dioxide (CO2). (Photo/Screenshot of the study from the website of Science)

8. From carbon dioxide to artificial food

Data from the United Nations World Food Program showed that 2.37 billion people around the world did not have enough food in 2020.

In September 2021, Chinese scientists became the first in the world to develop an artificial method of synthesizing starch from carbon dioxide (CO2).

The new approach by the Tianjin Institute of Industrial Biotechnology of the CAS makes it possible to alter starch production from traditional agricultural planting to industrial manufacturing, which offers a new possibility of making artificial food in the future.

Theoretically, given enough energy supply, based on the current technical parameters, the annual production capacity of starch in a 1-cubic-meter bioreactor equals the annual yield of starch from one-third of a hectare of corn, according to the team.

If the overall cost of the system can be lowered to a level economically comparable with agricultural planting in the future, it is expected to save more than 90 percent of arable land and freshwater, according to the researchers. 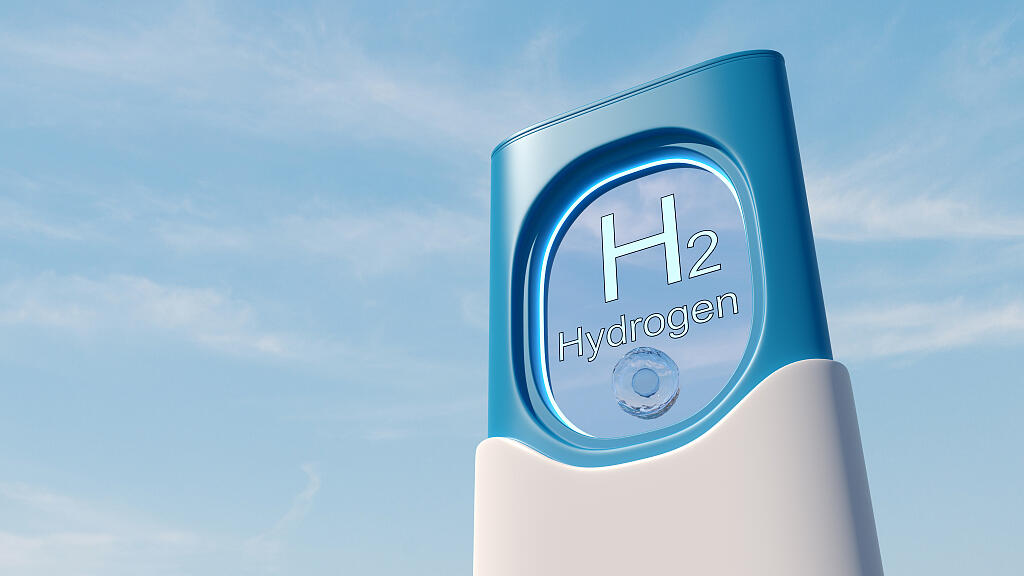 There will be more hydrogen fuel cars, ships and planes in the future. (Photo/CFP)

The transportation industry is the third largest source of greenhouse gas emissions in the world, and new energy transition of transportation vehicles is vital for the carbon neutrality goal.

In the near future, not only cars, but also ships and planes will be fueled by a variety of new energies such as electricity, hydrogen and natural gas. Among them, the hydrogen fuel cell has the advantages of long range and short refueling time.

In the future, there will be more hydrogen fuel cars, ships and planes, which will become important supplements for electric transportation vehicles. China in the next decade will become a global science and technology hub. (Photo/CFP)

After more than a decade's development of high technologies, robots equipped with chips as "brains," sensors as "eyes" and "noses," robotic hands, and algorithms with the right ethics can take care of the work in the physical world, while people's minds can wonder freely in the metaverse.

In general, China in the next decade will become a global science and technology hub, a talent hotspot and an exporter of high-tech.