1. The 100th anniversary of the founding of the CPC

The Communist Party of China (CPC) celebrated its centenary on July 1 with a grand ceremony. Speaking at the ceremony, Chinese President Xi Jinping, also general secretary of the CPC Central Committee and chairman of the Central Military Commission, announced that China has realized the first centenary goal – building a moderately prosperous society in all respects. A flag-raising ceremony is held during a grand gathering celebrating the CPC centenary at Tian'anmen Square in Beijing, capital of China, on July 1, 2021. (Photo/Xinhua)

A moderately prosperous society is also known as "Xiaokang society" in Chinese.

"This means that we have brought about a historic resolution to the problem of absolute poverty in China, and we are now marching in confident strides towards the second centenary goal of building China into a great modern socialist country in all respects," Xi said.

Xi also noted that the great founding spirit of the CPC is the Party's source of strength and the Party must continue to adapt Marxism to the Chinese context.

The sixth plenary session of the 19th Central Committee of the CPC released a communique on November 11. The four-day session, held in Beijing from November 8 to 11, also concluded with the adoption of a landmark resolution on the major achievements and historical experience of the CPC's 100 years of endeavors. The communique stressed the importance of maintaining close ties between the Party and the people and called for efforts to realize the Chinese Dream of national rejuvenation. China is now on a new journey toward the second centenary goal of building a modern socialist country in all respects by the middle of the century, it said.

The CPC has established Comrade Xi Jinping's core position on the Party Central Committee and in the Party as a whole and defined the guiding role of Xi Jinping Thought on Socialism with Chinese Characteristics for a New Era, it said.

This reflects the common will of the Party, the armed forces and the Chinese people of all ethnic groups and is of decisive significance for advancing the cause of the Party and the country in the new era and for driving forward the historic process of national rejuvenation, noted the communique.

As 2021 marked the beginning of China's 14th Five-Year Plan period (2021-2025), as well as the start of its journey to fully build itself into a modern socialist country, China's economic performance came under the spotlight.

In the first three quarters, the country logged a 9.8 percent GDP expansion, well above its annual growth target of over 6 percent, official data showed. Total imports and exports expanded 22 percent year on year to 35.39 trillion yuan ($5.55 trillion) in the first 11 months of 2021, continuing to consolidate as a major contributor to global trade.

The first to emerge from the pandemic, China's economy continues to recover steadily, injecting new impetus into global economic recovery. Deputies to the 13th National People's Congress (NPC) leave the Great Hall of the People after the closing meeting of the fourth session of the 13th NPC in Beijing, capital of China, March 11, 2021. (Photo/Xinhua)

Xi has underlined upholding and improving the people's congress system and continuously enhancing whole-process people's democracy."The whole-process people's democracy in China not only has a complete set of institutions and procedures but also full participation and practices. It is the broadest, most genuine, and most effective socialist democracy," Xi said while addressing a central conference on work related to the people's congresses in Beijing on October 13 and 14.

"The system of people's congresses is an important institutional vehicle for realizing whole-process people's democracy in China," he said.

He called the people's congress system a great creation in the history of political systems and a brand new system of great significance in the political history of both China and the world. Noting that institutional advantage is vital for a country to seize its strategic initiative, Xi said both history and reality show that a country will be stable if it has a steady system and strong if it has a sound system.

He also stressed efforts to fully enforce the Constitution and safeguard its authority and sanctity and improve the Chinese socialist system of laws so that good laws are in place to promote development and ensure good governance.

China released a guideline to implement the carbon peak and neutrality under the new development philosophy on October 24. The guideline issued by the Central Committee of the CPC and the State Council introduced the roadmap for achieving peak carbon by 2030 and neutrality by 2060 – goals China first announced in September last year. 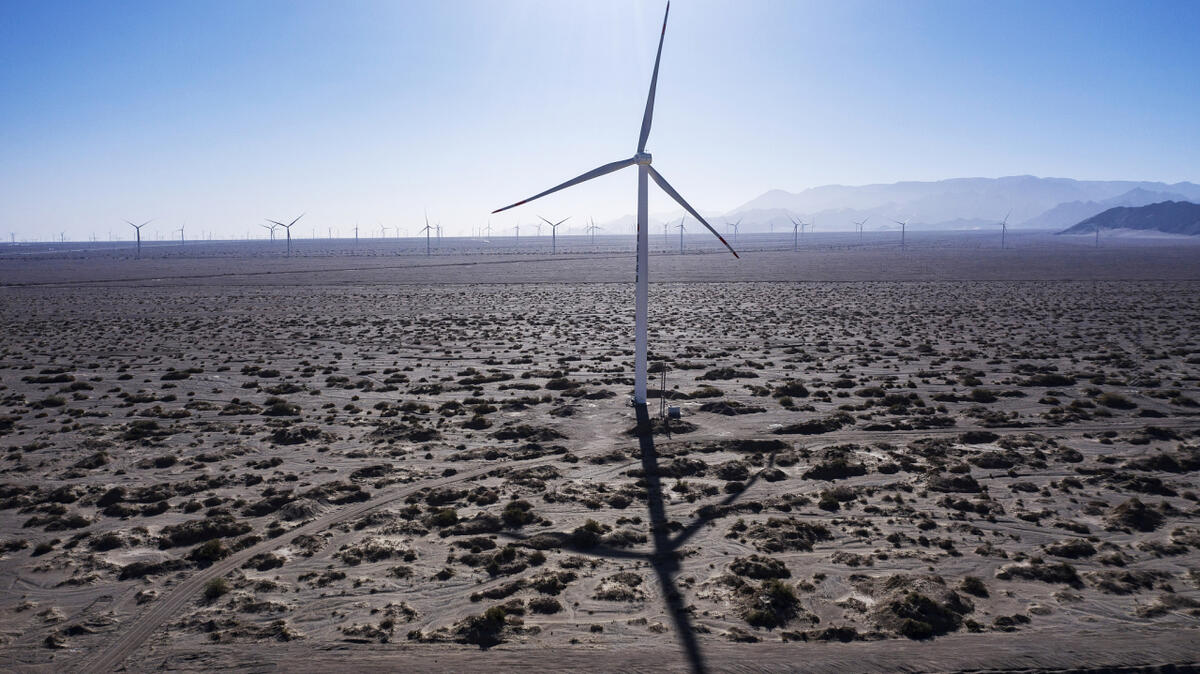 By 2025, the country will build an economic system of green, low-carbon and circular development, and the energy utilization efficiency of key industries will be greatly improved, said the guideline.

By 2030, remarkable results will be seen in the overall green transformation of economic and social development, and the energy utilization efficiency of key energy-consuming industries will reach the international advanced standard.

By 2060, a green, low-carbon and circular economic system and a clean, low-carbon, safe and efficient energy system will be fully established. The proportion of non-fossil energy consumption will be over 80 percent, according to the guideline.

China is fulfilling its commitment to moving from carbon peak to carbon neutrality, which is made based on the sense of China's responsibility to build a community with a shared future for mankind and its own need to secure sustainable development.

China secured yet another bumper harvest this year, with grain output up 2 percent year-on-year, the National Bureau of Statistics (NBS) said on December 6.

The harvest has laid a solid foundation for China to cope with complex and volatile domestic and international environments, overcome risks and challenges, secure a good start to the 14th Five-Year Plan (2021-2025) and achieve high-quality development. 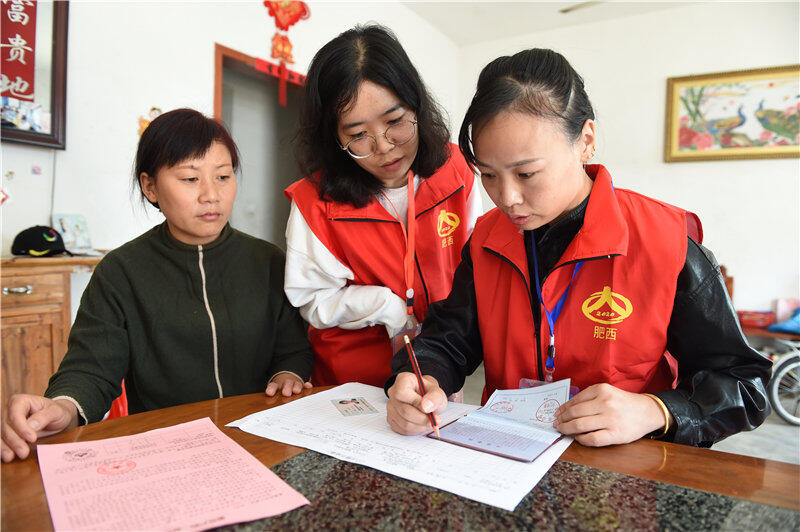 China released the results of the seventh national census on May 11. The mainland's population maintained steady growth, reaching 1.41178 billion in 2020, an increase of 5.38 percent from 2010, according to the National Bureau of Statistics (NBS). China remains the most populous country on the planet, with its mainland population accounting for about 18 percent of the world's total.

Between 2010 and 2020, the education level of China's citizens improved continuously, the gender ratio became more balanced, with the population quality improved and the urbanization rate further elevated, the census data showed.

With an unprecedented speed, China on April 29 sent into space the core module of its space station, kicking off a series of key launch missions that aim to complete the construction of the station by the end of next year.

The successful launch of the core module also marks that China's space station construction has entered the full implementation stage, which lays a solid foundation for the follow-up tasks, President Xi said in a congratulatory message.

China's Tianwen-1 Mars probe has successfully landed on Mars on May 15. It is the first time China has landed a probe on a planet other than Earth, which is also another important milestone for China's space exploration, according to China National Space Administration (CNSA).

It is the central authorities' another major move to govern Hong Kong according to the law after introducing the national security law for Hong Kong and a "milestone" in implementing the principle of "One Country, Two Systems." 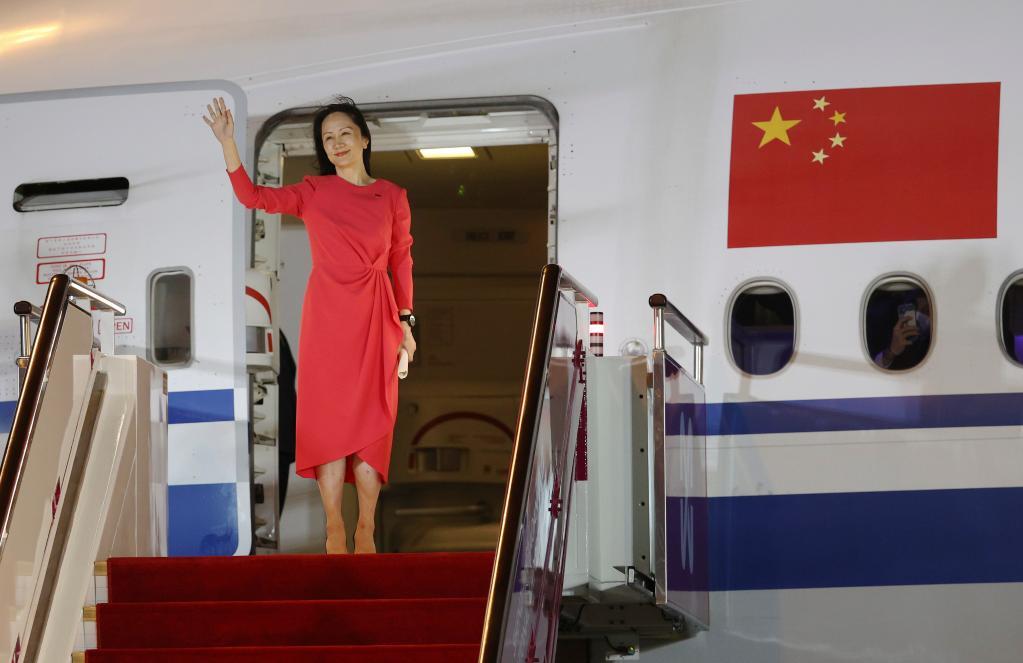 Huawei CFO Meng Wanzhou waves as she steps out of an airplane after arriving at Shenzhen Bao'an International Airport in Shenzhen in southern China's Guangdong Province, September 25, 2021. (Photo/Xinhua)

After nearly three years of detention in Canada, Huawei Technologies Chief Financial Officer Meng Wanzhou returned to China on the night of September 25.

As Meng flew back home, China's Foreign Ministry spokesperson Hua Chunying said the charges against Meng were purely fabricated and her detention was "arbitrary."

It is thanks to the relentless efforts of the Party and the Chinese government and the full support of all the Chinese people nationwide that Meng is able to come back to her home country safe and sound, she added.

"This again fully proves that a strong China under the leadership of the CPC will always have the back of every single Chinese citizen... No force can hold back China's progress!" Hua noted.